What is the draw of Cousin's subs?

It's like slightly better than Subway, but still not a real deli sandwich. Costs way more than Subway and you can't customize your sandwich with veggies. I think they use better meat, but then they only give you 2 puny slices of beef on a 8 dollar sandwich.

All in all, Cousin's pretty much sucks.

"I love turkey on rye with hot mustard and swiss!!"

That sounds good as fuck.

Don't bother with Cousin's. Their sandwich experience is weak.

Thought this was going to be a thread about banging your cousins. Dang.

Never seen one. Where are they?

Somebody got sent to the forbidden zone.

It seems I'm pretty much the go to guy for sandwich threads. You guys ever try almond butter on whole grain. That's a nice treat.

"You're goddamn right it is. I've been out of almond butter for a while now, too. Thanks for the reminder."

It's pricey, but well worth it, imo.

StevetheWeasel - "It's pricey, but well worth it, imo."


Yeah, I like to mix it up sometimes, though. Cashew butter is pretty great, too, though not much cheaper.

My wife asked me to buy speculoos butter from Trader Joes once, as though it was a substitute for peanut butter.

I realized that its just cookie dough pressed into a peanut butter jar. Seems like its only real purpose is to be eaten directly out of the jar when the one is high or drunk.
PeteyWheatstraw April 18, 2014, 4:27pm #8

"Yeah, I like to mix it up sometimes, though. Cashew butter is pretty great, too, though not much cheaper."

Never had cashew. Sounds good though.

I wonder what other nuts come in butter form? 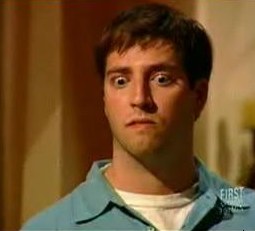 WTF is a cousins? I just barely tried this Jimmy John's crap last time I was back east. Stupid L.A. we only have Jersey Mikes and Quizcrap. All I want is a POTBELLYs DAMNIT!

It's pretty much just another shitty sandwich chain. The bread isn't soft like Subway or Jimmy Johns, more fresh-baked crusty - you can't eat it in a car. They make french fries, so maybe that makes them better than quiznos or subway? Last I remember the fries weren't that great. If you're gonna eat fries you gotta go with the best shitty fast food ones (McDonald's) or real thick cut fried potatoes.

did subway remove that yoga mat ingredient from their bread yet?

"did subway remove that yoga mat ingredient from their bread yet?"

Why would they do that? It leads to a more unified, balanced sandwich experience.

"Plus, Jared credits the rubbery mixture with being almost exclusively responsible for his massive weight loss."

lol. It makes sense. Dude lost a bunch of weight but he still looks soft and rubbery.

I stopped into Cousins recently to make a phone call and was looking at their price board/menu. Their sandwich prices are ridiculous. I think a double cheese steak was like 9 bucks. A regular sandwich is like 6-7. That would be fine if it was a good sandwich.

They'll do that? Send you a physical, paper, pamphlet with their offerings? That my friend is good customer service and I may have to give them another chance. I'm gonna steal your move and request a menu of my own, then go from there.

Sending you a real menu is a big deal because printing costs are not cheap these days. Plus they're taking the hit on postage. THIS, I like. Was it full color glossy on a quality stock?

Their bread is better than subway.