What is your poop defense? (RE: NYC poop attack)

This is why men are awesome

the poor guy wanted to do the pie in the face prank and could not afford a pie:

Pieing Girls in the Face Prank! 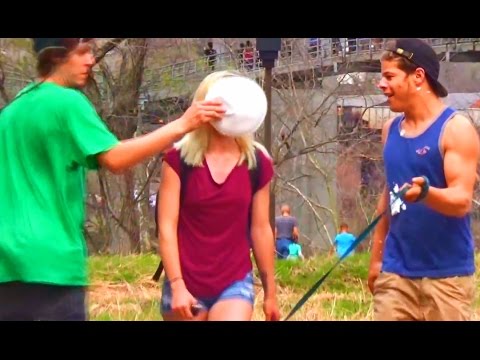 There’s a difference plying a cream pie prank and getting shit smeared all over you because of some demented asshole.

You’re probably a Westerner, so you probably can’t tell context to save your life.

cogneeto its called irony and sarcasm my man. have you seen some of my posts regarding black people. im a throw away the key kinda guy to put it mildly. id even give the pie prank guys a small fine for thier bs. it aint funny on the other end in real life

the shit in the face guy put him under the jail, thats biohazard behavior there, serious assault on an old woman no less

I wonder if this guy ever got his ass beat. They keep cutting away just as the male escorts who beseech to protect m’ladies honor is about to catch up.

id beat his ass, the woman is gonna expect something done, or your a total beta. they cut the film very conveniently right at the moment of truth dont they

My defense is to not live in a city of literal shit tossers.

If any of you guys got attacked with doodoo like the lady in NY and you killed the attacker, I’m voting not guilty if I’m on your jury. I don’t give a fuck.

But he had better be ready to fight for his life, because I wouldn’t be responsible for the level of retaliation I would bring

any of you guys got attacked with doodoo like the lady in NY and you killed the attacker, I’m voting not guilty if I’m on your jury. I don’t give a fuc

Same here, I would assume temporary insanity on the part of the poop target

This one is so simple. NYC should be embarrassed they can’t figure this out.

Same rules should apply as “Bros Icing Bros” Smirnoff ice game. If someone presents you with poop, but you have your own poop to present back to them - they must eat your poop.

I guess it’s simple once you brought it up. But I don’t think many would’ve thought of that on their own.

I wouldn’t let up. No way you shoot this guy and don’t go to jail. NYC. You would go away, and it would be for longer than he would go away because that’s it now.

So if you get the opportunity, kill them. If no opportunity, I’ve thought about it. Confident in winning the fight portion, I’d move to limbs. I would chicken wing till the uppers are bent through, and the knees till I get full rip. They would never walk right again. I’d go primal. Stop short of kill, but mame beyond recognition. If it was a bad day for me, his would be significantly worse.

I think that is how everyone should be now. World changed. Answer or be a victim.

A T-handle push knife to his neck just below either ear lobe would fix this problem for good. Wipe the poop in the would to insure infection and simply walk away.

Personally I would be watching any man homeless or derelict guy. I’d be worried about a cold cock or shank. If the guy was walking close to me I’dd figure he was up to no good. I still might get some shit bit probably not a face full.

If you live in a CCW state then the conversation is worthless. Just start dropping hot lead and brass center mass. Problem solved.

Id kill that man with my bare hands. THEN I’d shoot him.

In reality Im 6’5" 240lbs. These weirdos dont mess with guys my size usually.

This isn’t getting the recognition it deserves