So me and my girl go eat tonight.  There is some pretty damned cool looking aquarium there, really cool looking fish.  Thing looks ultra clean.  My girl tells me, "you know, when you told me you were setting up an aquarium, I thought you were talking about something like *that*."  I told her that was a saltwater tank, and those fish looked so cool because saltwater fish are on average much brighter than freshwater fish.  Which I truly believed was true at the time regarding that being a saltwater tank, and on average saltwater fish really are brighter with flashier colors.

But then I kept looking at that tank.  One of the less-pretty ones caught my eye - I had seen that one at freaking Wal-Mart!  Not sure if they are in the pic, but they are like "Peacock Chilids" or something like that.  Orange-Pinkish with funny shaped heads.  So if that is right, and I think it is, then it is really a freshwater tank.

And if its freshwater, what are those other ones?  There is some bright blue little ones that look really, really cool, and that big one with the blue-grey body and blue blue face is cool as shit!  Can anyone help me out here? 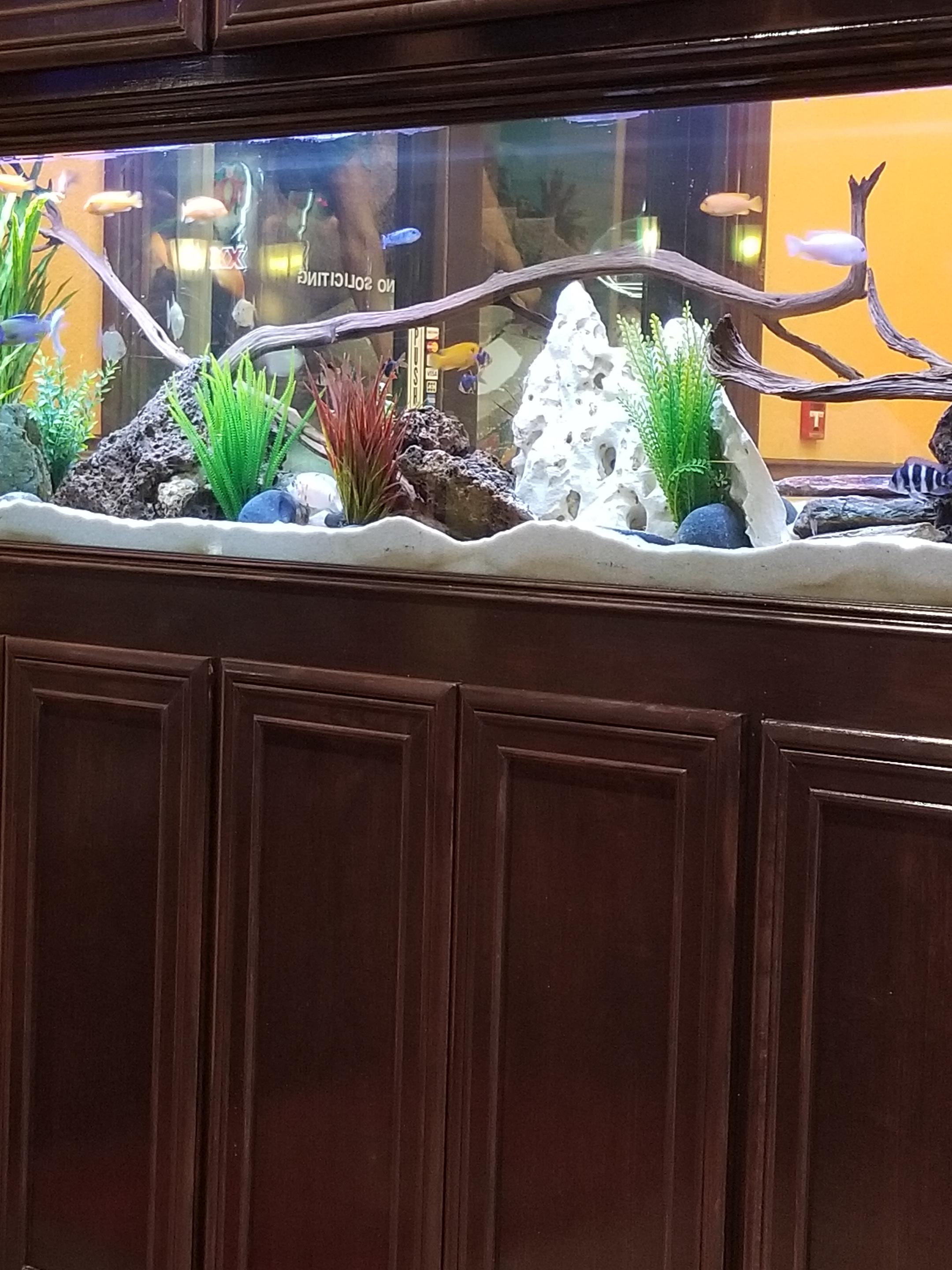 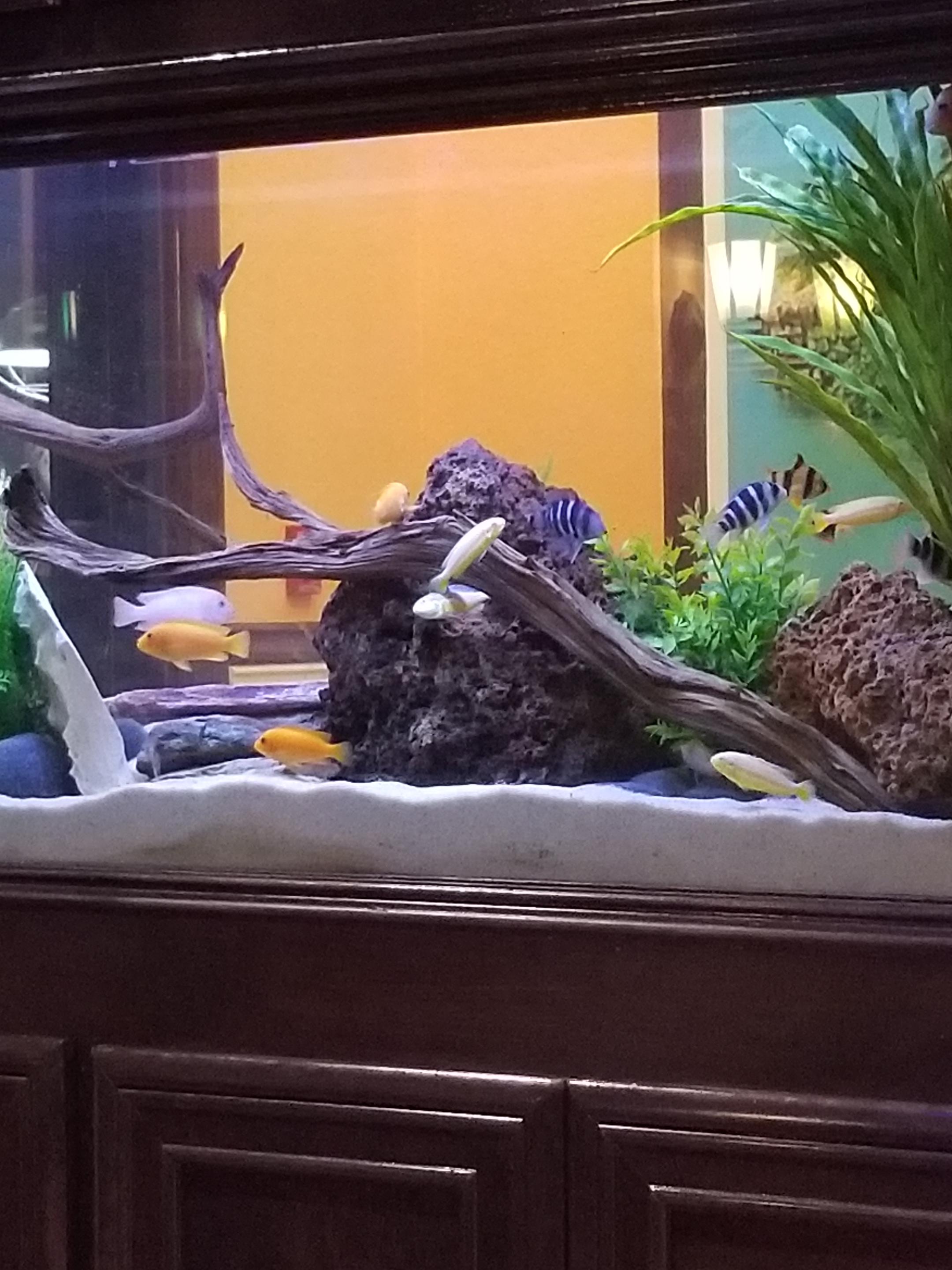 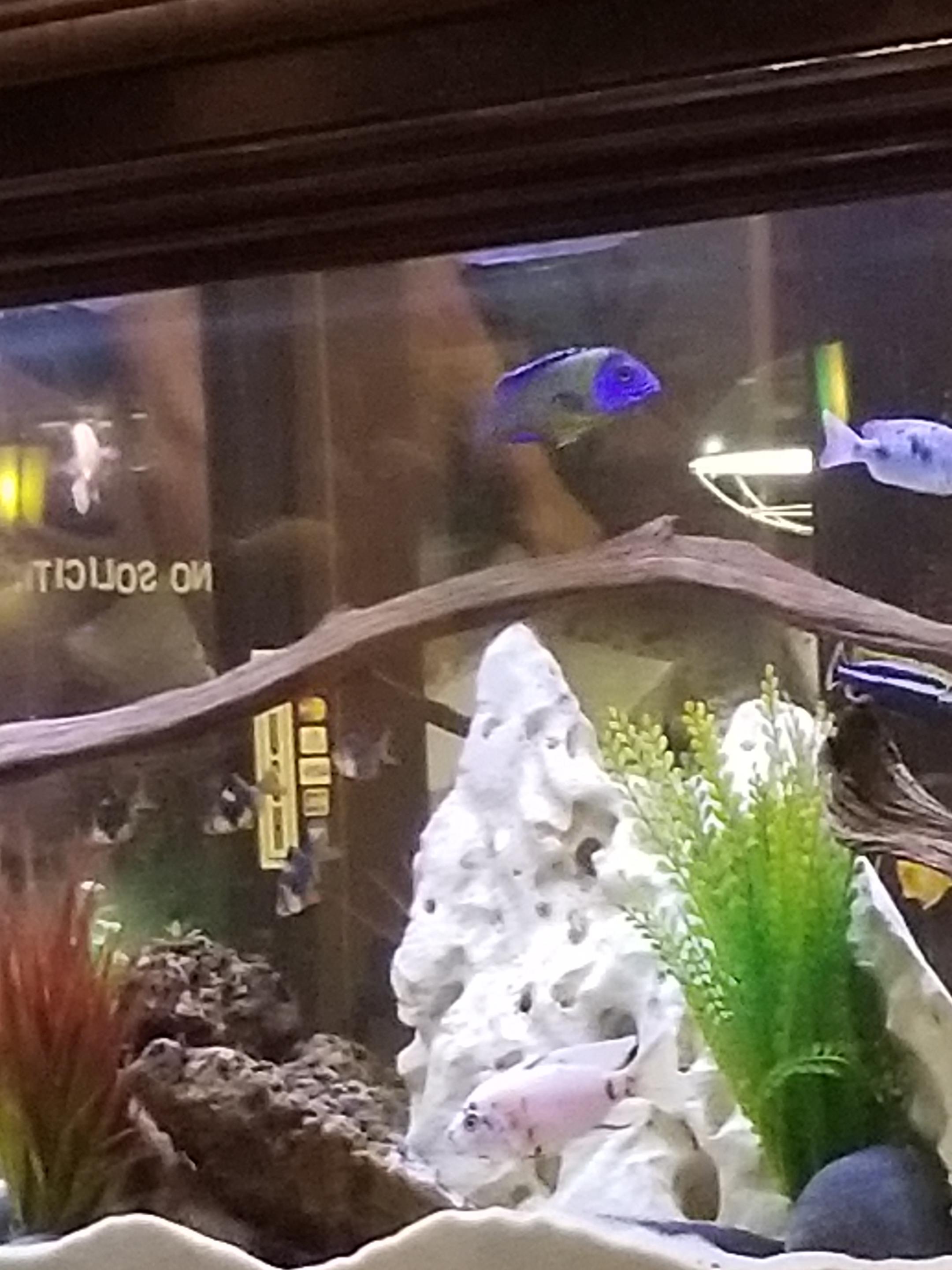 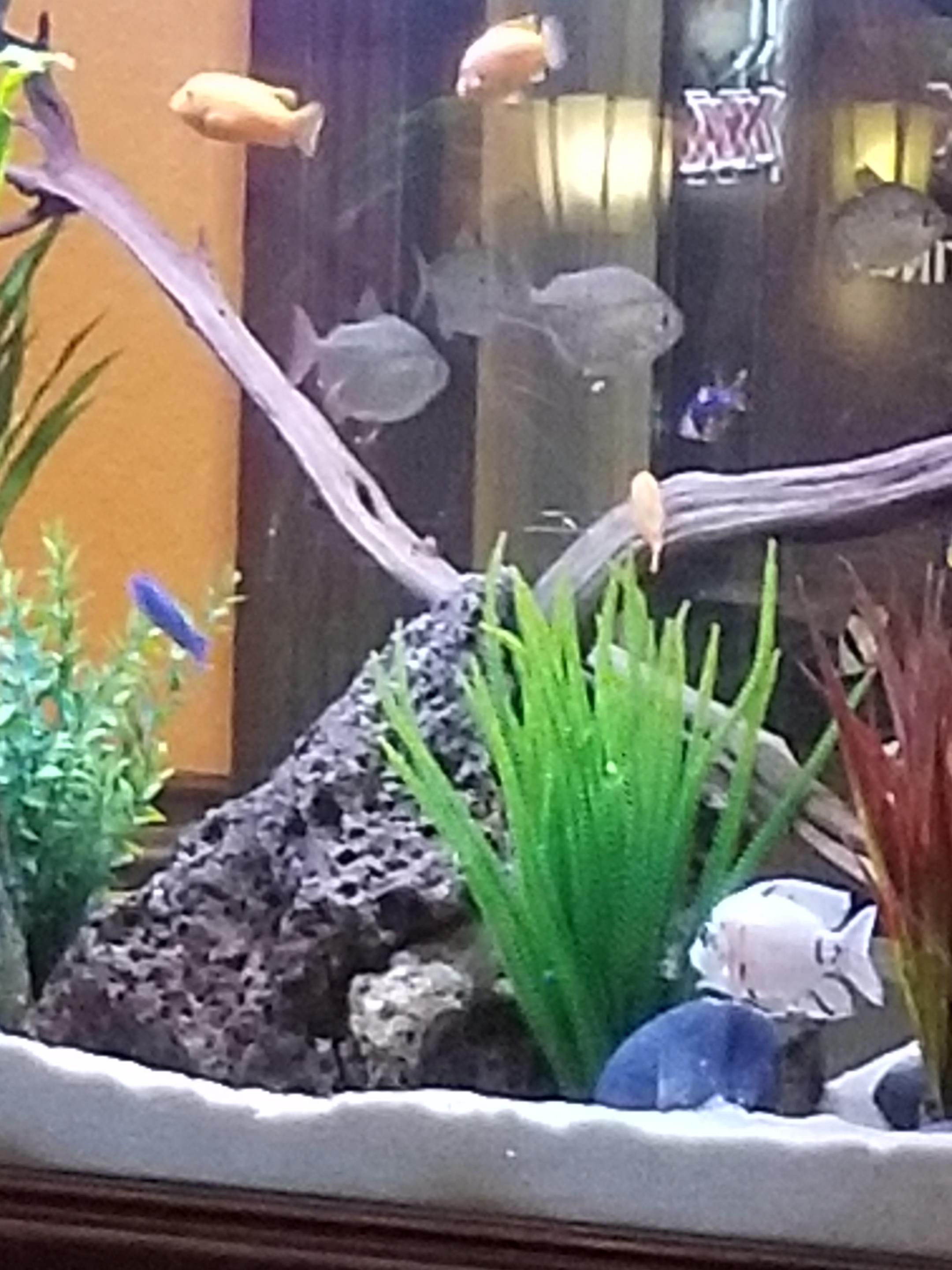 LOL you a-holes, can we get serious just for a bit lol?

They are all African cichlids. If you want to see some rather impressive cichlids that are probably more your speed, check out all the different South American “pike” Cichlids like crenichicla marmorata, crenichicla jeguii, the Xingu River has some different amazing like as well (didn’t want to leave out South America).

Best site for exotics is www.tangledupincichlids.com

Jeff Rapps has an incredible variety for sale.

I looked right passed the Silver dollars, they shouldn’t be in there, they’re from a different continent. Good eye Sennin.

Whoa, thanks so much guys!  The little bright blue one I think from StrikingMMA's link is a Electric Blue Hap.  Sad that only the males look good like that, and you cannot really have more than one male per tank, and you need like 6 females per male!  I hate when shit gets complicated lol.

But that one in one of my pics with the blue/grey body and blue blue face - any idea what kind of chilid that is?  That is an AMAZING fish.

I've got a LOT of reading to do on chilids!!!