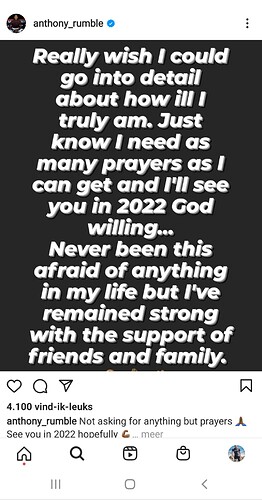 That’s sad. Hope he pulls through.

However he could say how ill he is. He just doesn’t want to for whatever reason, which is fine.

Get well Rumble. In the meantime we need Yoel to smash tonight and take his place in the tourney!

Considering how big he got after retirement there was probably quite a bit of hgh on top of the roids. I suspect a tumor.

This is the only thing that can save this Grand Prix. The entire right side of the bracket has been ruined with the pullouts

Sounds good for all of his current and future girlfriends.

A guy asks for prayers, sounds like a serious medical condition. The first 4 replies pretty much wrap up these forums.

There’s quite a bit of compelling evidence out there he isn’t the greatest human being. It’s not unfounded. This isn’t wonderboy or rose or Justin wren we’re talking about here.

You don’t know him you fucking clown shoes

I heard he banged his old lady with a morning pee boner and now he is waterlogged. 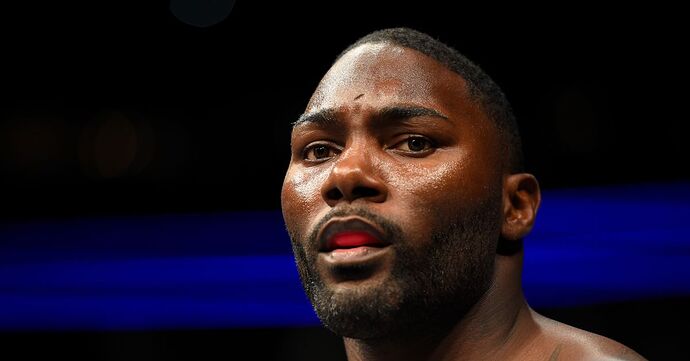 A controversial past overshadows Anthony Johnson’s return to the cage at...

Anthony Johnson returns to MMA this weekend after a four year absence.

He doesn’t know him. But he’s not illiterate either.