What's so hard about climbing Everest?

It is less that 30000 feet or about 5.5 miles. It's not like is straight up or anything and there are trails to the top.

Pretty sure I could knock this out on a Saturday afternoon.

What's hard about you climbing Everest is that you're a faggot and faggots can only climb the D.

its no Murder Whore that's for sure

The record is about 8.5 hrs basecamp to summit

You should give it a shot man.  Strap on your bag and a GoPro, you should be good to go.

The climbing isn't too bad. It's the not dying part that many find difficult.

There was a pretty funny thread on reddit a month or 2 ago about a guy who wanted to climb Everest, and so he went ahead and put down a non-refundable $15k deposit.

Then he made a thread on r/fitness asking how to best prepare for it. His current general fitness level was "i play tennis and hockey once a week each." He had done a few beginner climbs in Colorado and thought with the 9 months he had to get ready, he'd just get in really good shape and just bang it out like it was nothing.

Of course everyone called him an idiot, but he also had the audacity to argue with ppl giving him the best advice such as "you are a novice climber trying to prepare for something lifelong expert climbers struggle with. You may actually die from this, you should probably chalk the $15k as a loss because you'll need a few years to get ready" or "quit your job and spend the next 9 months climbing every chance you get and at best you'll only be unprepared instead of very unprepared."

Came to say this, you said it better. 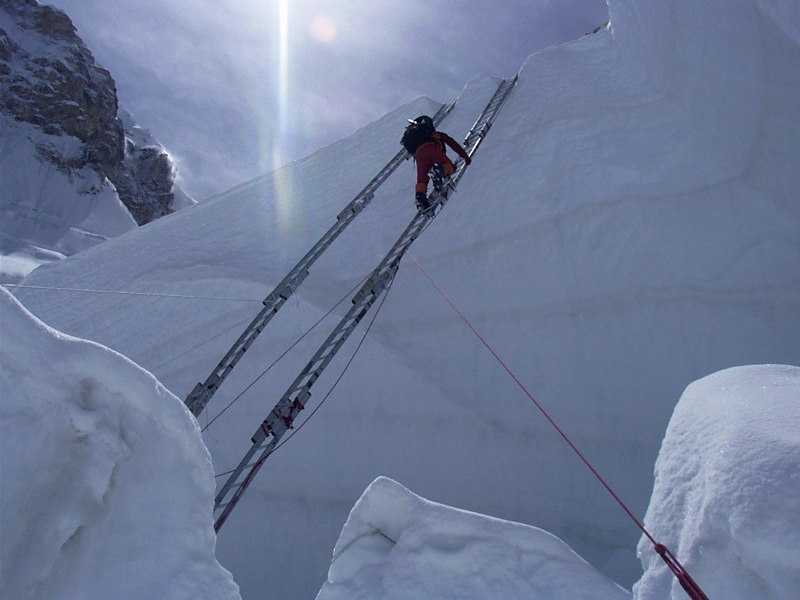 You should ask Beck Weathers.

JakeTheMuss - What's hard about you climbing Everest is that you're a faggot and faggots can only climb the D.

The Regulator - You should ask Beck Weathers.

k2 is the much more difficult and risky climb. same with mckinley and others. everest is the most touristy nowadays.

You should do it! But learn from other people's mistakes. Climb it in the Summer. It will still be a fairly hard hike, but at least you won't have to deal with snow and ice.

wasn't there a thread about the bodies left on everest?

anyways, a canadian woman of thai descent from toronto tried this a few years ago and ended up dying. So yeah, anyone with 100k can do it but you can't be a regular soccer mom that walks around with a backpack for training. So unless you've been training, you probably won't be able to do it this saturday.

There's even a documentary on what happened to her, the head sherpa refused to take her and basically said she'll die and she actually made it to the top but she used up all of her oxygen and then the sherpa's oxygen to get to the top and obviously died going down. Also she was so slow, I just remember that she was multiple times slower than other people. That was a particularly bad day though but it's true that real climbers don't do Everest anymore since it's like an extreme tourist destination now.


Also keep in mind that many people have done it without oxygen and I'm pretty sure a regular joe couldn't do that.

Remington519 - k2 is the much more difficult and risky climb. same with mckinley and others. everest is the most touristy nowadays.