What's the fastest you've given up on a movie?

Whether walking out in a theater or at home?

Well I made a thread about a few movies I was deciding to redbox last night. Opted for Nebraska. I shut it off after ten minutes. I'm sure it had a wonderful message along the way but when I watch a movie and realize everyone is acting, I can't get into it. Like some sort of college acting class.

Made girl watch Wilco's I am trying to break your heart documentary and enjoyed that again.

The keith lemon movie after the first line

Superhero movie.. I lasted about 5 minutes.

I lasted about 10 minutes for grown ups.

I watched escape plan last night... I wish I bailed early on that. Any movie where 50 cent is playing the brilliant tech guy you know what you're in for.

To Wong Foo, about 15 minutes...me and my buddies walked out and snuck into Usual Suspects, caught 95% of it, best decision ever

American hustle. Garbage. Lasted 15 minutes, got up and left. Wife watched maybe another 30 before she did the same. Thankfully its only 1.20 wasted at redbox

13 minutes into This Is The End... Just didn't 'get' the movie, although I love all the actors/comedians featured

Latest one was Elysium.

I have neved walked out of theater. If I have paid for the ticket, I will watch the movie to the bitter end, even if it made my eyes bleed.

Made it about 8 minutes into Driver....Driven? That Ryan Gosling movie people spoke highly about.

My friends and I probably made it 20 minutes into The Perfect Storm.

Hellbenders...had Clancy Brown in it so I gave it a shot. Lasted 12 minutes. Holy Jesus was it bad

When the piano was released on video I made it to the part where some chick vomits on the beach.

10 minutes into the Three Stooges Movie.

microbiologynerd - American hustle. Garbage. Lasted 15 minutes, got up and left. Wife watched maybe another 30 before she did the same. Thankfully its only 1.20 wasted at redbox

45 minutes before I left

Made it about 20 mins into The Happening. I'm sorry but Mark Whalberg is the worst actor in Hollywood next to Nick Cage IMO

TanPour - 13 minutes into This Is The End... Just didn't 'get' the movie, although I love all the actors/comedians featured

WTF?  How can you claim to like them and not give this gem a chance.  Shit was hilarious.

Crashdt - House Bunny, I made it till Anna Farris got naked and left. Not sure how long it was but it seemed like a fucking eternity... She is such a terrible actress but damnit if she doesnt have a great body. 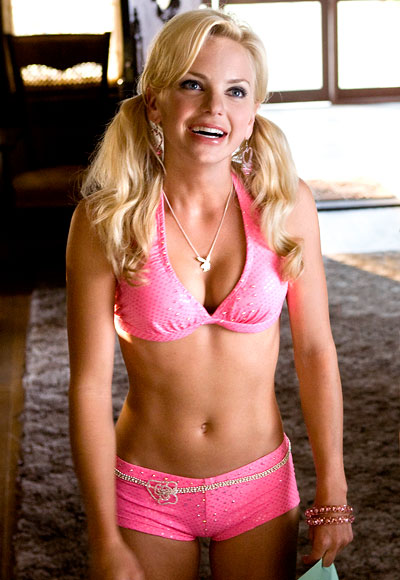