Which Cars are Going to be Future “Classics”

Isn’t repairability a big factor in what will be deemed classic? The complexity of modern vehicles make them a non-starter I reckon.

It’s just not your thing, but FJs, LCs, and old Toyota 4x4s in general are already highly sought after and collectables. You’d drop a nut at some old Land Cruiser prices. It’s just our collectables actually do shit and don’t just go fast. Some people are outdoors people, not apartment city dwellers. You couldn’t drive any of those where I live so it’s garbage to me. But I’m not cunty like you and think only my world exists.

lol, that makes total sense, chevy is still pissed at pontiac even though they are defunct, can’t have the fiero be the last mid engine car.

The fifth gen Camaro Z/28 and the C7 ZR1 with a stick will be huge money some day. Big money classics tend to have a number of factors in common and it’s kinda predictable-

Something that checks a few of those boxes is going to be a good pick.

The last US land cruisers will likely end up there. Last sales in the US, last V8, legendary reliability, subdued styling, one of the last body on frame SUVs. 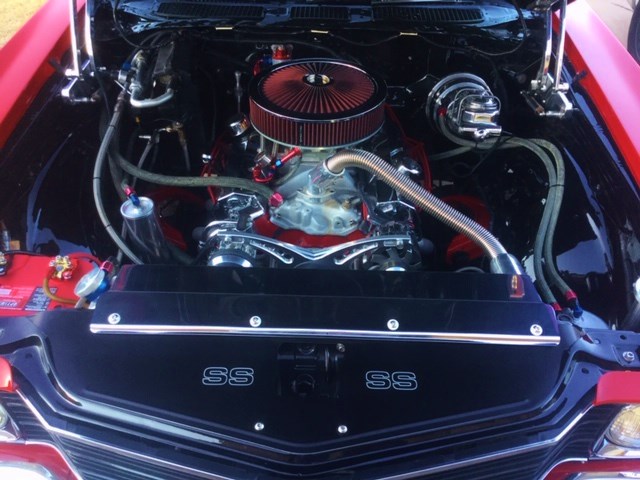 Nice, power brakes and A/C! Is that a Holley 4 barrel under the air cleaner?

Toyota Forerunners. The years that you could take the back roof off.

love that color, and you are right, the prices are only going up.

I love the mr2, can’t decide which design I like better, the boxiness of the 80’s or the curves of the early 90’s.

My buddies mother had a dodge omni glh

The highest-performance Dodge Omni was the 1984-1986 Omni GLH, modified by Carroll Shelby. Following the rejection of “Coyote” by Chrysler, the initials GLH (“Goes Like Hell”, the choice of Carroll Shelby) were used instead.[18][19]

Shelby Automobiles purchased the final 500 1986 GLH-T (all in black) to construct the Shelby GLHS (“Goes Like Hell S’more”).[19][20] Modified by the company in California, the GLHS vehicles were legally sold as Shelbys. The Turbo I engine underwent extensive modification, adopting multiple components of what would become the Turbo II engine introduced for 1987. Along with an intercooler, the engine received a larger turbocharger and throttle body, tuned intake and exhaust manifolds, a new wiring harness, and a new radiator and engine fan (among other engine modifications). The suspension was upgraded further, receiving stiffer springs, and adjustable Koni struts and shocks, along with larger tires mounted on Shelby-designed wheels. In contrast to the red pinstripes of the GLH/GLH-T, the GLHS used silver pinstripes and badging; a “Shelby” decal was added to the windshield and a large GLHS decal was added to the driver-side C-pillar (the passenger-side C-pillar was occupied by the gas cap door).

I would love to have one

Hot Rod magazine did an article on a build back in 87. I just found it on ebay and ordered it, I drooled over it as a 17 year old, I loved the paint on it. 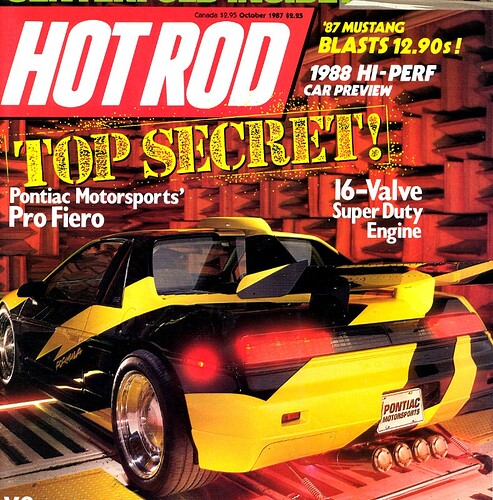 A guy that used to work at the fitness equipment place i used to buy from had one of these way back in the day. I was always curious as to how it performed.

She had the automatic, I was 18 and dumb, I dropped it into drive while hitting the gas, thought I destroyed the trans, fricking stupid kids. It is a beast. I would love to have one.

Ah, the old neutral drop to spin the tires lol. I destroyed the tranny in my very first car doing that which was a 1982 Mazda GLC.

Not a car but the 75 Husky 360 I just picked up for $3000 canadian, I have seen online for $14000. Mind you it had upgraded suspension, carb, igniton…etc. But mines original and sometimes true collectors pay more for that.

I’ll bet his insurance is ridiculous!

lol, I actually bought the fiero from something similar.

Again, I graduated in 88, I always wanted a fiero, I was piss poor though.

When I was in the State Police academy, I said fuck it, life is too short, if people are going to shoot at me I’m going to at least own a fiero, they can bury me in it.

Fuck, I’m not getting a fiero.

I came home the weekend before graduation weekend and I found this sitting in my parking space with a bow on it. 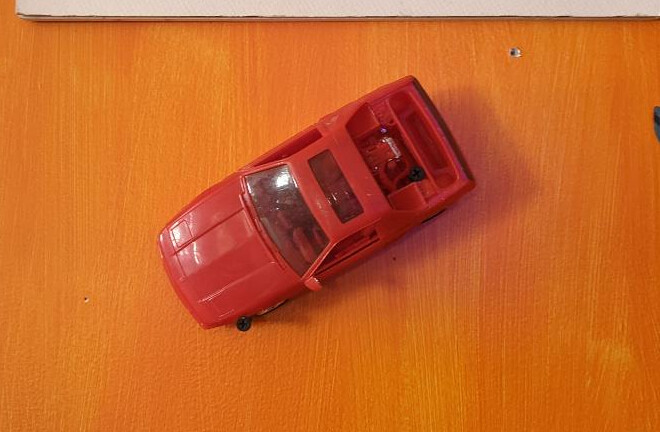 I asked my wife what that is, she said that is your fiero, go get it. She ordered it off line and while working though a bottle of wine put it together, it’s now mounted onto the wall of my restaurant. 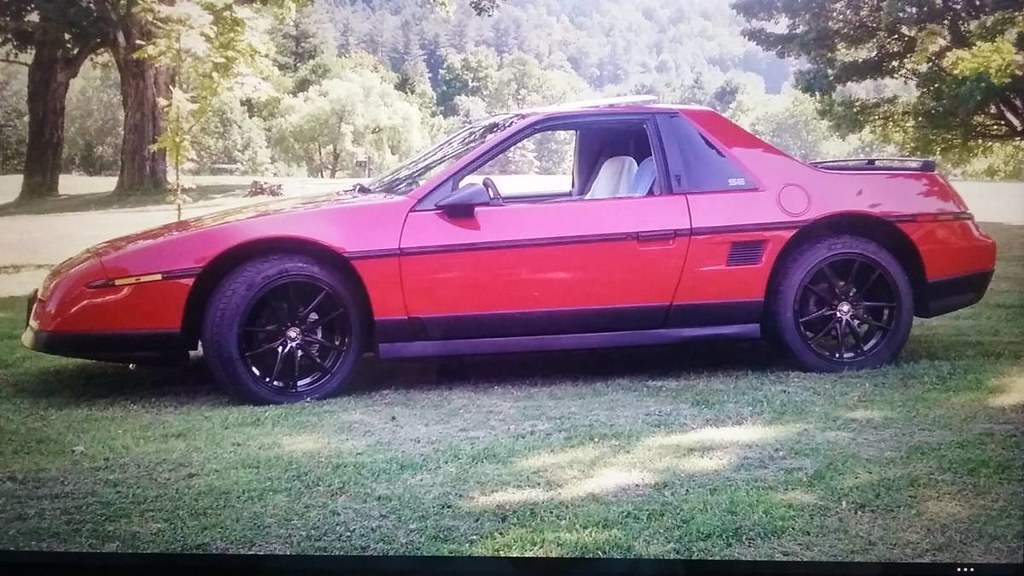 Called uhaul, rented a car trailer and did the cannon ball run to Vermont.

The rest is history as they say.