Which QB drafted in the 1st round of this year's NFL Draft most likely to bust?

Obviously the one on the Jets…didn’t matter which one they picked.

Well that was my deciding decision too. Jets seem to fuck everything up they touch.

I got Justin F. I just didn’t see it anything positive when he finally played a good team this year.

Could also have gone with Mac Jones. I love Mac daddy but we’ve seen Bama qbs just way to often. They are accustomed to playing with the best if the best in college. Only reason I didn’t is because of the team he went to.

I chose Trey Lance. He looked great in his single season as a starter, but was not playing against top-level competition. Hard to know if his talent will translate. Was he just the best guy on the best team in FCS, or would he have been equally impressive playing for a Power 5 team? Also, he is only 20 years old. He needs to be given some time to grow into the expectations.

Any team other than New England, and I would have picked Mac Jones. Great player at Alabama where he was in a perfect system with a dominant team. Fortunately, he falls into a great system with New England. The Patriots seem to get the most out of every player. Jones will be okay.

Fields also crossed my mind, as the Bears have a history of poor QB play. The list is long and the play has been uninspiring. However, I think Fields is the most talented QB the Bears have had in a while. I think he will be okay.

Wilson might not excel with the Jets, but I think he will be a solid player if he has the chance to get is feet wet in NY and then move on to a different team.

Final thought is I do not think any will be a monumental bust the likes of Tim Couch, Akili Smith, Ryan Leaf, JaMarcus Russell, Johnny Manziel, or Vince Young.

I went with Zach Wilson.

Not a knock on the player but like others have stated above, the J…E…T…S.

Same with Trevor Lawrence. Jaguars organization and a first time nfl head coach that was accustom to the top talent yearly in college.

Wilson has a baby face.

Im voting Zach Wilson, because that is the Jets track record

Zach Wilson easy. He played against weak competition and struggled against actual competition. It would not mean as much if BYU didnt have as large of a gap between the teams they beat.

Next after that I would say Trey Lance but his traits are highly desired. Would not be shocked if he busts aswell as most likely 2 of the QBs will bust.

What is more concerning to you? 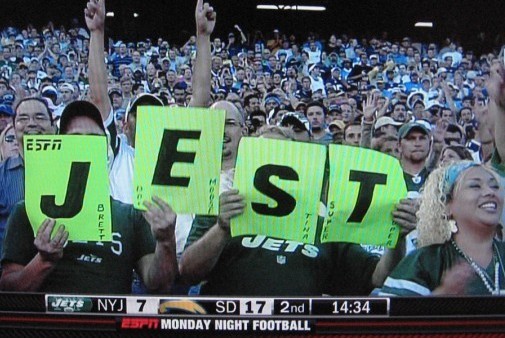 Yeah, you never know, but I don’t see any Ryan Leafs or JaMarcus Russells here.

I would say at least 2 of them may end up backups like Mariotta and Winston did.
Lawrence should be a lock, but you never know.

Peyton Manning threw 28 interceptions in his rookie season. In today’s NFL, he would have probably been benched and considered a bust. There is so much LESS leeway in today’s NFL for initial struggles.

to be fair Vince Young was the best of the worst, but that isn’t saying a whole lot

Zach Wilson. LOL at the Jets thinking a mormon kid who looks 12 years old will succeed in NYC. They just ruined a better QB prospect 2 years ago…

I agree. I see the possibility for something more like a Mark Sanchez. Having a career that is not impressive, but far from the worst case scenario.

Lawrence should be a lock, but you never know.

I agree but I am worried about the Urban Meyer Experiment.