Because when y'all get wet you smell like wet dog and sour milk.

You people need to stay out of he rain and if you can't, invest in umbrellas, BIG ones.

Sigh. Can't argue with that.  Sorry everyone.

Your mam got wet last time...after a bit of foolin around.

I think “yallz" gots the weird smell market cornered no matter what the climate.

Forrest Spliffn - I hear it rarely rains in africa.
I also heard that you can dance in a circle all day and never have to be concerned with honor or earning things.
White rain smell is of no concern.

You need to lay off the fermented mayonnaise, son.

From the very respected web site:
'Respect The Melanin!'

Melanin production is regulated by the Pineal Gland. The Pineal Gland is popularly known as the "Third Eye" in asian culture. It is located in the brain, and its job is to secrete Serotonin and Melatonin. Serotonin is secreted during the daylight hours and is responsible for providing energy. Receiving adequate amounts of sunlight is essential to maintaining proper Serotonin levels. Melatonin is produced during the night hours. Receiving adequate amounts of sleep during the night is key for Melatonin production. Melatonin, in turn, produces Melanin. Afrikan people are the only people who can obtain Vitamin D from the Sun because our Melanin has a high resistant to the radiation in UV rays.

Nutrient deficiency and/or large amount toxins in the body will cause the calcification of the Pineal Gland. The Pineal calcification will in turn cause the Melanin to be recessive or virtually inactive, manifesting in very light, or pale, skin pigmentation. It is based on. The pineal calcification rate with Afrikans is 5-15%, with Asians is ­15-25%, and with Europeans ­60-80%. The heavy calcification of european pineal glands is a result of the nutrient deficient soil of most of europe. After the end of the last Ice Age, the melting ice washed most of the nutrients in the soil into the seat. Southwestern europe is the only part that is really suitable to grow, which is why southwestern europeans (greeks, italians, spaniards, portuguese) are darker than other europeans.

I actually wash my clothes well so no.

I am not going to say which race in my opinion carries a musty type smell, because its only open season on white folks.

Some blacks smell like they've been licking themselves all day long 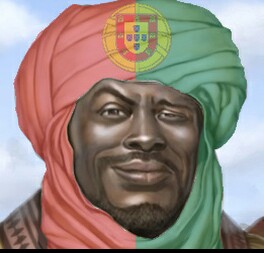 Don’t know about any of this,but damn that Mexican Fabric Softener is Nasty

More of a play dough smell

Trust - I used to swim competitively and trained twice a day. You know what I smelled like? Chlorine. The wrestlers hated it when we used the weight room because it made the whole place smell like chlorine.

i thought it was chicken noodle soup?