Who did you love as a kid, but now realize they... 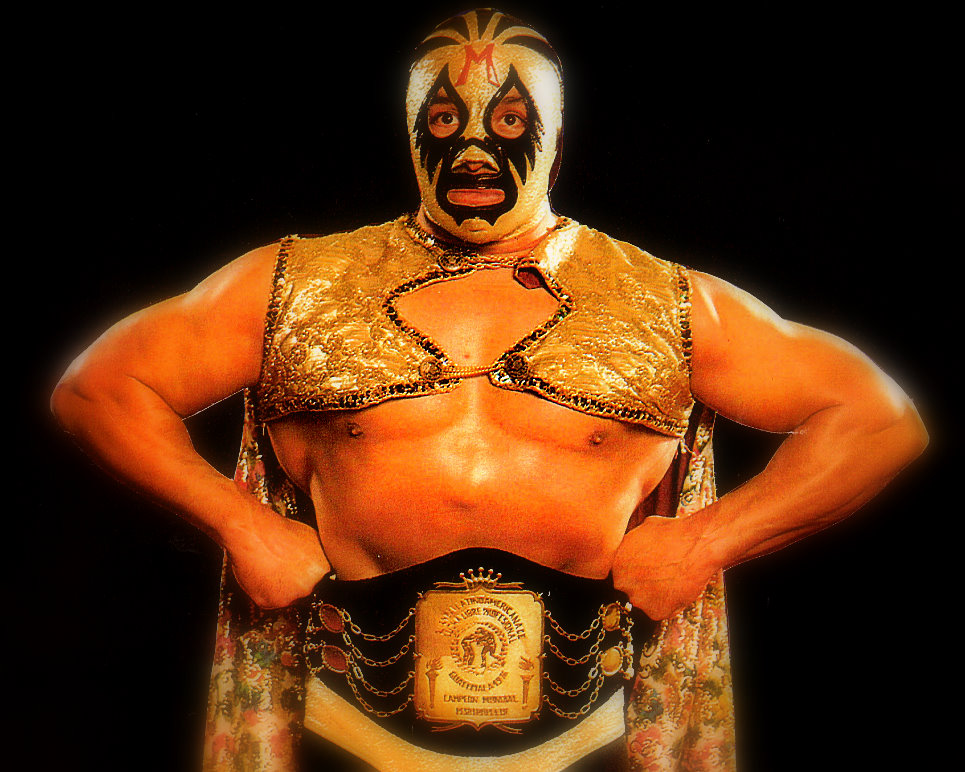 Looking back I use to love Mil Mascaras as a kid. I thought his mask and his moves were so cool, but now I see a guy that sucked his gut in for over 40 years and was nothing like I thought he was as a kid.

Who did you buy into at one time and now you ask, "What the hell was I thinking"

The ultimate warrior, George the animal Steele and koko b ware

The Ultimate Warrior and Hulk Hogan

so much this. my two favorites when i was a kid. I also liked Jake the Snake and Curt Hennig so I guess I didn't get them all wrong. :)

You know I can agree with Warrior, but honestly, the guy did have a good thing going.  RIght place, right time, cool concept.

Yeah looking back his in ring work was horrible and his promos were comedy, but his popularity at the time made perfect sense.  In many ways he had good qualities.

I agree about the Warrior having a good thing going back then but now that I'm 32 and u know a lot about why went in back in the day he's a piece of shit! And Hogan had so much control of WCW he slowly started putting the nails in WCW's coffin in 1994

a lot of those old time WWF guys.

Billy Jack Haynes for one.

Good call on Mil Mascaras. Dude SUCKED. He was one of the biggest bitches to work with too, apparently. But back then, a lot of us bought the BS.

I was always a heel fan as a kid. Now the simplicity whole heel routine just bores me.

and yes I know Wahoo wasn't a heel, but he was a local guy who I always liked, and he sucked.

I thought the Von Erichs were cool but had no clue how messed up they were.

Warrior was great in the ring, because he had a great "it" factor, much like Goldberg did. He destroyed people, and people really cared about his matches. He hyped up the crowd, and made for a credible champion. His promos, however, are awful. He, like Andre, Hulk, and Bundy did not have a huge move set, sold poorly and needed to be carried in the later years, but they knew how to run a 7 minute match that fans cared about. There is something to be said for that.

Beefcake is a great example. There was no reason he should have gotten pushed like he did.

Another example would be Tatanka. His old matches, even as Chris Chavez... were bad.

Wahoo McDaniel was fucking awesome in his prime against guys like Johnny Valentine! Shit, he had one of the coolest moments ever on a wrestling PPV when he made Dick Murdoch juice the hard-way from a Tomahawk chop to his nose; Murdoch was a MAN for going along with it.

Mine are pretty obvious. I've done a 180 on the Dynamite Kid. Loved the sheer bad intent he put into everything. Now, I know he was completely insane and pretty much didn't care what he was doing to jobbers, or sometimes even stars. Also, as a kid, I thought Magnum TA as NWA champ would've helped the company in the war with the WWF. Now, not so much. He might have hit the level of a Flair or a Race, but we'll never know.

Looking back, I'm not sure why I liked Bret Hart and Kevin Nash SOO much. Being an Albertan probably pushed me to cheer for Bret more than anything else he did (I fully think he was a good wrestler, but just felt his mic skills lacking upon looking back).

Nash just ran a big man gimmick, but was fully over with lil' me for some reason.

I'm surprised I didn't like Owen Hart and Scott Hall significantly more than those two.