Who is Chimono and WHY Does He Want Revenge?

Seriously? Is Chimono a witch doctor? Is he looking to shrink the heads of his enemies?

Is Chimono a Filipino Ghost looking for revenge against the Spanish Invaders?

Or? Is Chimonos a Plural… some tribe named the Chimonos of the Amazon rainforest and they want revenge because you stole their gold idol.

He is a New England Patriots fan and proud homosexual

Better than being an angry drunk midget!

Better than being an angry drunk midget!

Chimono, what does it mean?

My screen name was from an old fake fighter thread, Mark Bailey. 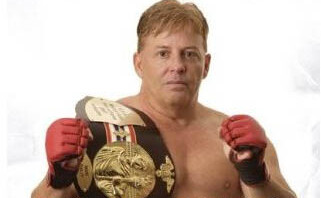 One of his supposed tournament wins in Japan was against a bumch of guys with very similar sounding names to actual fighters like “andrei orlovski.” He supposedly fought a guy named “Chimono” who was seriously injured and was never seen again and implied that he died.

You bunch of noobs!

Never really expected to have 100,000 posts on this screen name. I thought about changing it a handful of times but it’s just kind of my handle here now

You wanna know my backstory, OP?

Maybe. Maybe not. Maybe fuck yourself

“Mark Bailey is an MMA pro fighter and has participated in over three hundred fights. He held the World Fighting Championship title twenty-seven times, is a five-time shoot fighter of the year, and has won over five hundred and fifty grappling fights.”

Fuck, everything needs a fucking prequel these days.

Wrong. I identify as a midget. Wanted to be puck from alpha flight growing up. Now I’m a midget in my mind, a mental midget.