Who is more famous?

Azeem has got him by quite a bit

Chappelle. It is pretty damn close though. 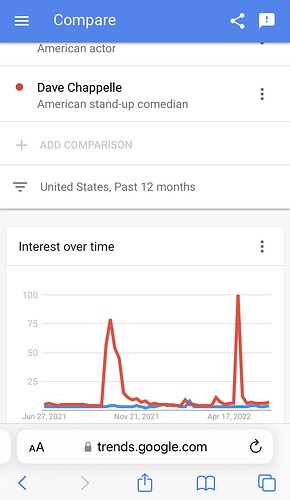 Chapelle may be super famous in the USA, but I reckon it’s a slam dunk for Freeman worldwide.

Freeman by far. Ask 100 random people to name their faces, and 3 times as many would name Freeman easily

This, especially if you’re talking worldwide…

Freeman by a mile

according to “the internet”:

Your wife has or plans to fuck a black guy. That’s what this is really about

The amount of ppl who watch movies is at least 10x higher than those who follow stand up comedy. Prob way more than that.

Chappelle has done movies and had his own TV show,calling him simply a stand up in not accurate

Chapelle was in the better Robin Hood movie in the same role, but I think you can say Freeman’s filmography is stronger overall. 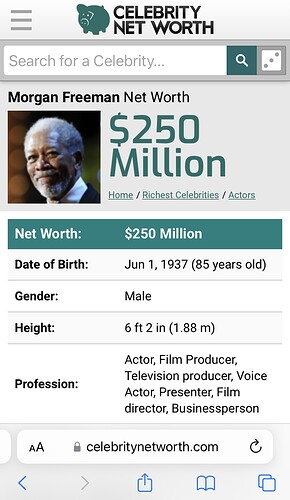 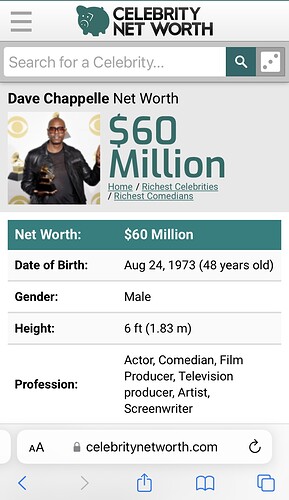