Who is your favorite fighter of all time?

Who is your favorite fighter of all time and why? I probably couldn’t narrow it down to one, or even 10 especially if we include boxing and kickboxing. But I definitely have my favorites. I’ll share some of my favorites but I’m curious to hear from others.

anyone who has trained at Serras where i trained 7 years,Matt,Drago ,Renzo etc others Ive been a fan of Pele,W Silva,Charles Oliveira,Jens Pulver,Din Thomas.Aaron Pico.BO Nickel Also GSP always carried himself with class and fought everyone edit also Rickson 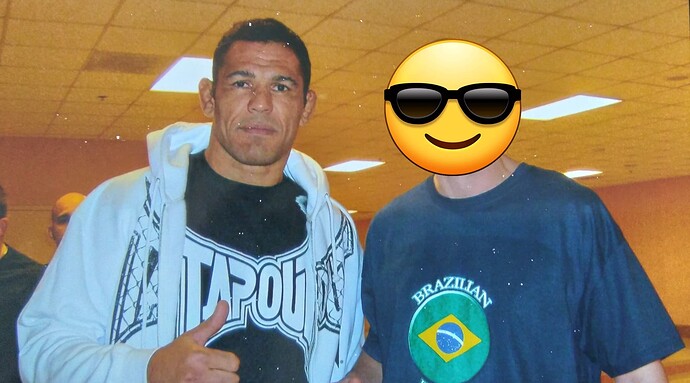 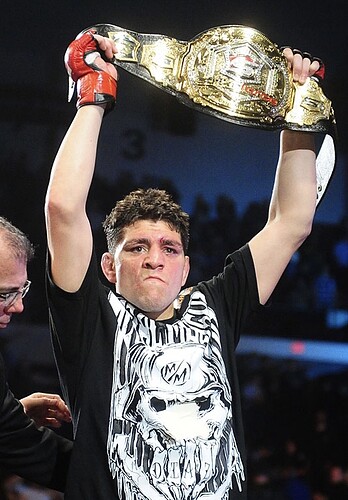 Never been in a boring fight unless he fought a boring wrestler. He always brought it. Talked shit but in a cool way and always backed it up. Plus the first fight I ever saw in my entire life was Nick v. Robbie 1. Then all the videos of him on YouTube outside of fighting are funny

When I read on the Internet he joined a promotion called Strikeforce, I begged my parents to get showtime so I could watch him. They did, but made me pay for it. Totally worth it

Fedor, Pat Militech, Miguel Torres, BJ, GSP, Chuck, Sakuraba, Kenny Florian, Jose Aldo, Dominic Cruz and Cain Velasquez. Forgive me for not having one, I’ve been in the Sport a while.

Top 5 would probably be

I used to have a great pic of me and nick. It was right after he beat scott smith in strikeforce (in STL) and after the fight he exits the cage and walks right through the crowd.

The little 176 pounder that didn’t talk shit & didn’t boast.He was in my own words “quietly effective”

Beating 4 guys in one night is unheard of these days.Alot of these guys were alot bigger. 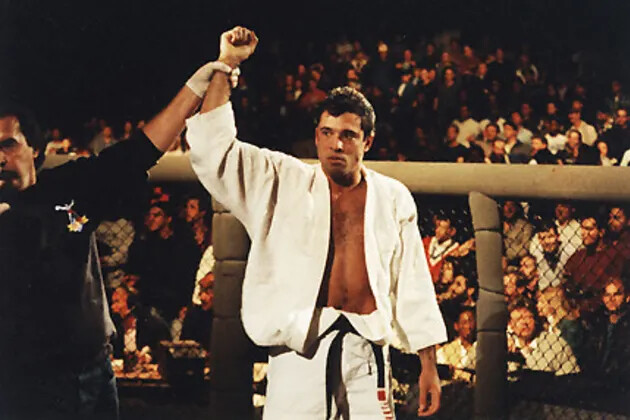 I listed Big Nog, but could easily have said Royce.

Almost like Royce as #1 is a given (for me anyway) so who’s your second favorite fighter?

Winston, what’s up? Been a long time.

and the correct answer is CroCop

Pat Miletich, if I could only have 1