Hint: not because the risks are similar.

The deaths set off a frantic search for the culprit. By 1983 virologists had identified a novel pathogen they would call Human Immunodeficiency Virus.

Over the next decade, scientists learned much more about HIV, which early on had a fatality rate close to 100 percent, worse even than Ebola or smallpox. Ultimately they tamed it - perhaps the greatest success for scientific and medical research in the late 20th century.

But the political story of AIDS is much trickier. Scientists realized quickly that gay men and intravenous drug users were at far higher risk of contracting HIV than the general public. But they feared people might not support funding for AIDS research - and stigmatize those groups further - if they explained that reality openly.

As Smithsonian Magazine reported in 2013:

“Federally-funded campaigns sought to address a large number of people from all backgrounds–male, female, homosexual or heterosexual. The America Responds to AIDS campaign, created by the CDC, ran from 1987 to 1996 and became a central part of the “everyone is at risk” message…”

The deception probably increased the public’s willingness to fund research. But it came with serious side effects. Smithsonian went on to explain:

“Some AIDS organizations, especially those providing service to communities at the highest risk for contracting HIV, saw the campaign as diverting money and attention away from the communities that needed it the most.”

Perhaps most important, it was fundamentally untrue.

That fact should matter to anyone who believes truth - even unpleasant truth - ought to drive public policy decisions.

Which brings us to COVID.

SARS-COV-2 isn’t even in the same time zone as HIV as a killer. But it is like HIV in one crucial way. It plays favorites.

After a year, most of us know that the elderly are at much higher risk from coronavirus (though even well-informed people may not be aware HOW much higher the risk is).

But what public health authorities have gone out of their way to obscure is how much obesity - especially severe obesity - drives the risk of the coronavirus in younger people.

In April, British researchers published a definitive paper on the subject in The Lancet Diabetes & Endocrinology, a peer-reviewed journal. The researchers examined the medical records of almost 7 million people in England to look at the link between obesity and severe outcomes from Covid, including hospitalization and death.

The topline findings show only a moderate link between extra weight and Covid risk. But when the researchers looked more closely, they found that’s because in older people, being overweight does NOT drive excess risk.

So the researchers divided the patients into four age ranges: 20-39, 40-59, 60-79, and over 80. They found that in the two younger groups - including adults up to age 60 - being obese was associated with nearly ALL the risk that Covid would lead to intensive care or death. The findings held even after they adjusted for many different potential confounding factors, like smoking, non-weight-related illnesses, and wealth.

The excess risk was extremely high even for people who weren’t morbidly obese - defined as a body-mass index of 40 or more. A person between 40 and 60 with a BMI of 35 - someone who is 230 pounds and 5’8” - had about five times the risk of dying of Covid of a person of normal weight. For younger adults, the excess risk was even higher, and for morbidly obese people even higher still.

In contrast, people of normal weight under 40 are at essentially no risk of death from Covid. The researchers found their rate to be under 1 in 10,000 per year. Even in the 40 to 59 age range, normal-weight adults had an annual risk well under 1 in 1,000. 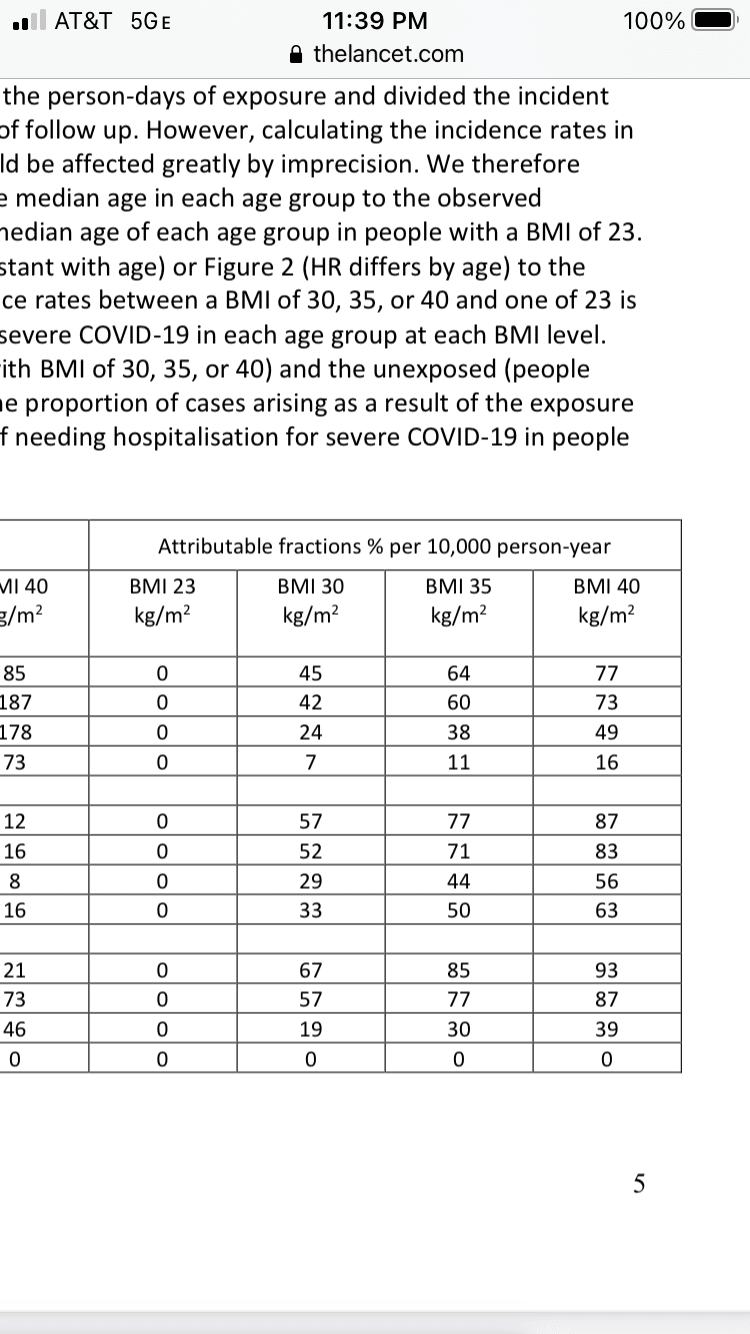 The researchers did not include those stunning findings in the main body of the paper, only its appendix. Still, they were clear in their discussion about the overall results:

“Our findings from this large population-based cohort emphasise that excess weight is associated with substantially increased risks of severe COVID-19 outcomes, and one of the most important modifiable risk factors identified to date.”

In fact, the findings suggest that for people under 60, weight loss would be the single best way to reduce the risk of Covid - probably even more than a vaccine (and with no side effects).

But of course you haven’t heard about this paper.

No one has. The public health establishment has decided that an honest discussion of who is really at risk from Covid might smack of victim-blaming - just as it did a generation ago with HIV.

This time, though, we haven’t just frightened a bunch of people at essentially no risk. Our viral lockdown theater has been far more destructive, for kids who have lost a year of school and everyone else. In one final irony, lockdown-related weight gain may have actually worsened the risks last year.

It’s long past time to tell the truth.

Also because they included some HIV in their Wuhan cocktail.

One vaccine, which contained a synthetic version of the “virus” (because oddly they are yet to isolate the actual virus) made people test positive for HIV.

Both are man-made bioweapons, so it doesn’t surprise me. 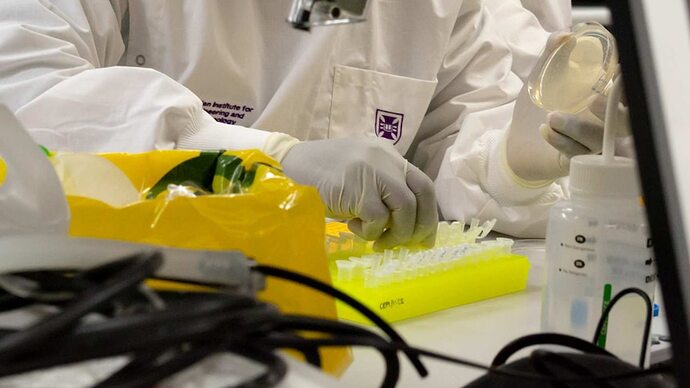 There is no actual HIV in UQ vaccine trial participants, but there are...

Scientists knew there was a possibility the University of Queensland vaccine could cause trial participants to return a false-positive HIV test but they still felt it was worth proceeding. Until now.