Why Did Gay Rights Go From

“Stay out of our bedroom, what we do is none of your business”

To not only wanting us to know what they’re doing in the bedroom, we must praise and validate it?

It’s like once they won and no one cared what others were doing in the privacy of their homes, they lost their minds. It was their whole identity, to fight the evil, right-wing religious. So they had to up the stakes, that’s where all this gender, trans, pronoun shit is coming from.

Just a thought I had.

I don’t know man. Prides been a thing for a while. I was in NYC in 95 or so the first time I saw it up close. It was the parade. It was pretty in your face then.

Stay out of our bedroom, what we do is none of your business”

To not only wanting us to know what they’re doing in the bedroom, we must praise and validate it?

From my experience there are gay and trans people that don’t like the activist types that do all this ridiculous shit. It’s mainly the younger college age ones that push this type of crap. We even saw in 2020 that gay people voted Republican at the highest rates ever for that group.

Yes he was actually! 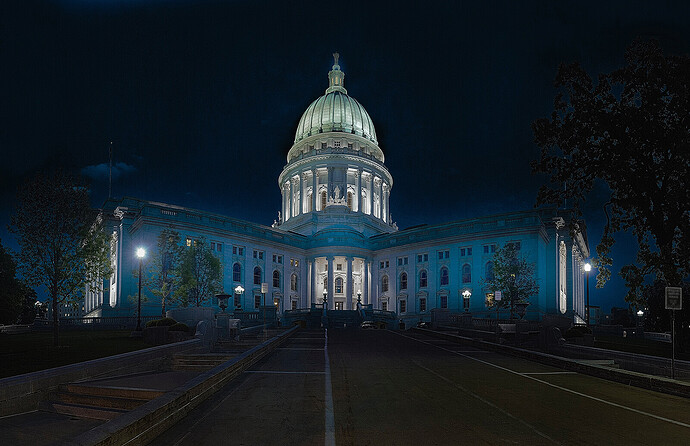 Willard Cleon Skousen wrote The Naked Communist. His 45 Communist Goals were later read into the Congressional Record of 1963. Read it here!

From my experience there are gay and trans people that don’t like the activist types that do all this ridiculous shit.

For the most part I’ve had the same experience. Most are just trying to pay their mortgage and get along with their neighbors. Knew a lawyer in Denver and that was his thing, he worked in the “community” to try to get people to understand knock it off, it’s not helping
He was also working against the meth and party drugs that were so prevalent in that scene.

He was getting nowhere with it, lol.

90’s is when it started to turn. We had shows like Will and Grace, openly gay actors etc. No one cared, so they had to up the ante

Mate, I’ve seen you and Cire post that a few times. Who wrote it?

One of my best friends from high school is gay, he was a groomsman in my wedding…he falls into this camp.

You down with PDP?

Yeah, you know me

No, he hated homosexuality.

That’s why they wanted it promoted in the west, they wanted the nuclear family unit destroyed because they knew it would erode society. That’s why it’s crazy that the hard left, lgbtq community loves flying the hammer and sickle and openly promotes communism.

You down with PDP?

Yeah, you know me

The list is from his fallacious book The Naked Communist.

To steer this away from personal feelings about sexuality:

You need weirdo assholes like Anton LaVey & bitter cunts like Madalyn Murray O’Hair to stand up & fight tooth & nail before society is willing to sit down & have reasoned conversations with Sam Harris & Christopher Hitchens.

Gay being OK in the major metropolitan centers for a few generations doesn’t change that roughly a third of the country still has serious problems with homosexuality & more than half have issues with trans. People still routinely closet out of necessity in rural America & the Bible Belt. Go tell them they’ve “won”. We’re still generations out from anything approaching acceptance.

You’re falling for propaganda, that is what’s being sold but in reality it’s far from the truth. I’m in rural America very frequently, many friends and family live in that area. Barely anyone gives a shit. Also being opposed to the constant in your face homosexual advertising does not mean you’re against or hate homosexuals, that’s another false claim from that side.

You’re helping to prove my point, of course they do not think they’ve “won”, then it would be over, they don’t want it to be over, it’s a large part of their identity, not simply being gay but being a proud fighting gay. Are you really claiming that America, by and large is not accepting of homosexuals?

It will never be 100%, ever. Just like anything else, MMA is not 100% accepted but it’s to the point now that the number opposed is miniscule, it’s negligible. Remember when Rob Halford came out? In one of the most hyper masculine genres of music, metal kids celebrated it and didn’t give a shit.

I can’t imagine trying to fight the current gay and race activist crowd. It’s largely based on emotion and not rationality . If you don’t agree, they start screaming and crying

For sure, the gay/trans “community” didn’t vote for these activists to speak for them.

The truth is it really wasn’t about just rights but for normalization and always has been. The proposal that the government should get out of the business of sanctioning relationships like marriage, which is religious in nature, was not a satisfactory response to the gay community. They saw it as many people wanting to cancel the whole institution vs. allowing them “in”. So really it’s about and has always been making people accept a gay relationship as completely normal.

Now it’s obviously been ramped up to normalization of all sorts of preferences and not really “rights”.