Why Does The World Hate Trump and Love Joe Biden?

Believeit - but Trump colluded with Russia

Ahaha you are all good with the president being a globalist puppet aslong as it’s not trump eh?

It was recently revealed that there are more QAnon followers that people who follow Christianity.

Bunch of ignoring pussies around here.

A disgraced one-term ex-President who has told over 30,000 lies, tells the truth? You are living in a Bizarro World my friend.

That said: given that the U.S. has been on the decline in quality-of-democracy indexes for more than a decade, & given the internal strife and warring political factions losing sight of the fundamentals — not sure how any developed countries have much confidence in U.S. leadership long-term.

I just hate the fact the Trump is a puppet to Putin. 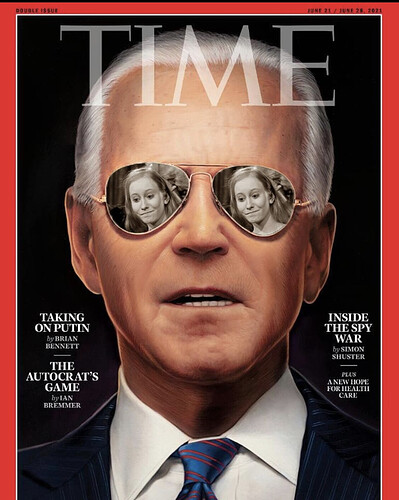 Ok that has been established.

Are you ok with Biden being a puppet to the globalists as long as its not trump?

Trump actually has a presidential track record of doing things internationally to help preserve the human rights of gay people, visiting and attempting to do something to help the border, meeting with and listening to black community leaders, doing bipartisan work with the goal of prison reform which included specific actions to help a couple of individuals, and took action to lower drug prices. Those are all things Dems act like are important to them. Even if you hate Trump’s “America First” policies and throw them out, he did more for liberal causes than Biden has spoken about wanting to do. The idea that Trump and his administration were somehow less competent than Biden and his is really had for a rational person to defend. By many accounts and increasingly even in mainstream media, Biden and Harris are both just taking up space and pandering to the media.

A lot of people see Trump as a great president of national affairs and kind of shitty at foreign affairs. And vice versa for Biden.
I think they’re both assholes. So my opinion is kind of irrelevant.

Seeing a Black man murdered on camera and call it suicide tells me how you really feel about Black people. I bet you pleasure yourself to sleep every night to the George Floyd “suicide” video.

Thats just the truth of what happened. I feel bad for him at whatever point he was abused or neglected such that he turned into what he did. I support equal justice for all people regardless of color.

That’s just your truth of what happened. The real truth to the sane world and a jury of Chauvin’s peer, is that it was murder. Chauvin is locked up in prison with other pieces of sh!t murderers where he belongs.

OP is waiting for the next shooting where he can dance on the bodies of dying people to troll on his fake account on an off-topic MMA message board.

How many alt-accounts do you have?

He just comes Across as far less threatening and more of a cuck.

He’s bitten at the UK a couple of times over Brexit. The people here would have been a little worried if Trump did. But meh.