Why I take a gun to the door for unexpected knocks, volume 43

Pretty sure if they’re dead it doesn’t matter

Just get a security door that goes in front of your regular door installed. If you get the metal mesh one you can see them but they can’t see inside. 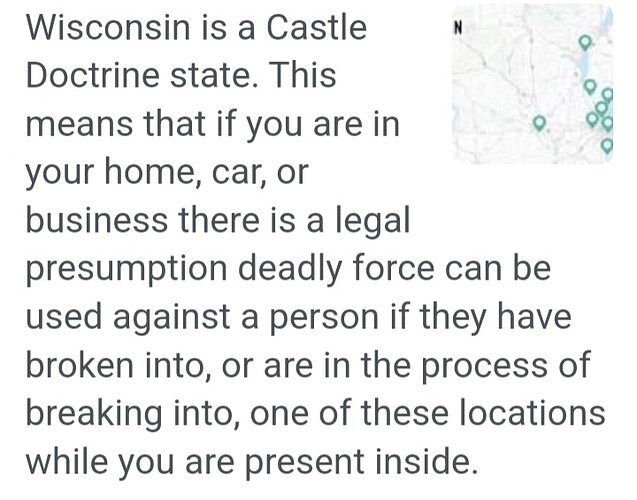 That should be in every state.

Do you have nunchakus ? That’s a pretty good weapon!

Was snoozing on the couch on a Saturday once, these fucking Armenian looking dudes in aviators with a man purse draped across chest knock on the door. I rip door open with P938 in my hand and say “what the fuck do you want, everybody that knows me knows I would be asleep right now, so once again what the FUCK do you want”

The one guy says something about selling windshields door to door. I gave him the most fucked up stare I could and he noticed the gun and started freaking out. I told them to get the fuck away, he said something like “be careful with that” when walking away and I yelled fuck you or something.

No idea what they were up to as I didn’t see them go to another house next door or anything. I tried to look up the name of the company sticker on his clip board and found nothing. I can’t remember if my car was outside or not but it didn’t need a fucking windshield.

There is a reason I don’t have security cameras.

I have a side door and a sneak point to get a vantage point on someone that tries this on me. That side of the house intentionally has no lights and I can get the drop on anyone by actually walking up behind them.

I had a lady walk up to my door at 10 at night banging on the door. Never seen her before, probably late 30’s. It was real suspect. If I was home I would have walked out with my AK behind her and asked her to see some hands. You don’t approach aggressively knocking like that unless you wanna get popped.

I’ve actually never owned Nunchucks. I do however have 2 custom made Ninjatos that could easily lop a head off, 2 razor sharp Tomahawks, a battle hatchet, a 3.5ft big bore blowdart gun, a Glock 19, a mini baseball bat, an extendable baton, and a tanto Kabar USMC fighting knife.

I don’t really mean to have so many weapons stockpiled by the door, its just a good spot to put them.

One reason why I don’t answer the door unless I KNOW who it is. My in-laws

That’s a great point. Never answer the door if you don’t know who it is because it might be your in-laws trying to drop in unannounced.

Legally no, but you can get away with a lot and “it happened during the struggle.”

So you would call the police when you are done, and then say he fell on a knife, got up, and kept falling on the knife until you had to restrain him because you thought he was trying to kill himself?

Asking for a friend.

If, by “knife”, you mean your penis, then yes. The law shall let you bang, bro.

Mine have the code to the door…