Why is khamzat allowed to fight?

Has anyone ever missed weight that amd still been offered to fight on the card? Costa maybe? Haha

Who cares. Stop trying to ruin this card. Khamzat is still the man

Dude is a fuck head.
Missed weight by 8lb and was laughing about it. 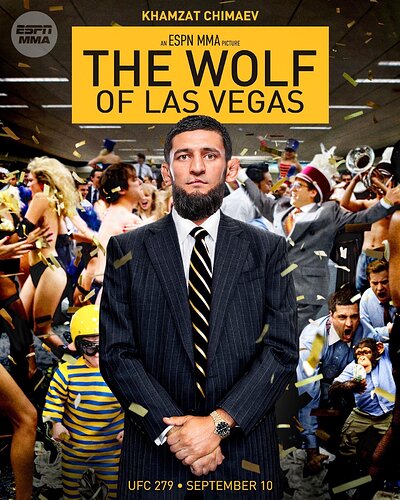 Hope he gets his ass stomped good.

Yeah I’ll
Laugh if Chimaev gets KOed. That what he deserves

calls everyone else a puuuuussssy and he cant even make weight

Well it’s all about money. So the card is more profitable with him on it.

Would be pretty funny to see Holland whoop him talking shit the whole time. But I highly doubt that will happen.

Bro this is cage fighting. If another fighter wants to fight him, let’s go.

He fucked up and ruined his purse, reputation, and title shot. He wasn’t let off easy.

He is legit chechan retard

Competitors have literally one obligation once a contract is signed and that’s make weight. They threw him into the spotlight way too fucking fast. He just proved he cannot handle media obligations at the main event level while focusing on the fight at hand. Oh well, the next meat puppet will be coming down the pipes

I hope Kevin Holland feeds him an uppercut from hell and the hype train crashes into the fucking wall.

He didn’t lose any of his purse due to card changes. Missed by 8 lbs lost nothing, Barnett missed by 1.5 lbs and lost 20%. I honestly think Nathan had a better chance again Chimaev due to his guard.

Not allowing him to fight would be Islamophobia

5 round fight against Holland. If he doesnt finish early I think Holland stomps his goat fucking ass

I was laughing so fucking hard!!! He was like every one of my Afghan and Iraqi linguists losing their shit in broken English, trying not to cry. A very niche analogy but it’s spot on.

He can fight because mma is still not a real sport.