Why isn’t the Left concerned with these Russians?

Figures released by U.S. Customs and Border Protection (CBP) on Thursday also showed significant jumps between June and July in the number of “encounters” of migrants hailing from Russia (from 402 to 703) and Colombia (from 481 to 748), while the number from Ukraine more than doubled (from 48 to 101). 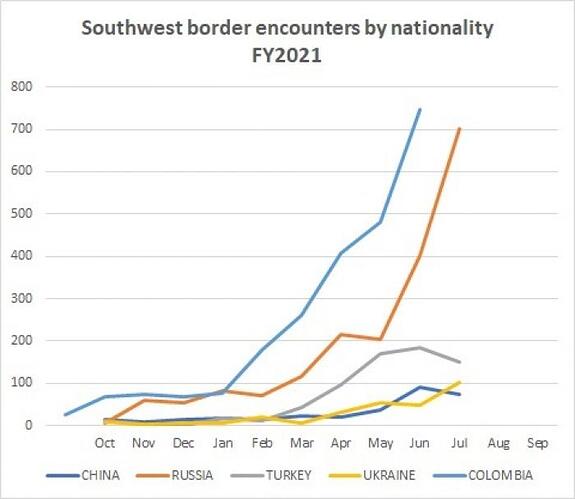 The topline figure released by CBP, a total of 212,672 encounters on the southwest border in July, had been expected, after a senior Department of Homeland Security (DHS) official in a court filing early this month put the number at around 210,000.

Because Trump isn’t the President anymore.