Why so agitated with MASS LOOTING and not MASS SHOOTING?

I wonder how many of “those people” which Rant and Rave about MASS LOOTING are the first to start soapboxing GunRights after a MASS SHOOTING?

Because people have a right to own and shoot guns. Stealing is for faggots and so is trolling, op.

And mass looting occurs way more often than mass shootings and hurts everyone, not just the ones that care about our gun rights.

Do people defend mass shootings? If so, they are retarded. Think most defend gun ownership and are responding to the outcry that banning guns is needed.

I can’t imagine any gun owner thinking idiots misusing guns is ok. If they are smart, they’d be equally pissed that some idiot is using guns the way they are.

The solution to mass looting is to ban shopping; close all stores.

Or mass shootings of looting looters.

Because we never had a party advocating and encouraging mass shootings. We also didn’t have a Vice President aiding a bail fund for mass shooters and right wing DA’s refusing to prosecute them.

Mass looting - daily occurrence - no one gets busted.

You are a little fagoon.

You have to learn how to capitalize on the technology to combat the looting.

It would just be better for libtards to live in a society that condemns looting, but that’s not what they want.

People were mad about theft and burglary FAR before it was a problem with large organized groups. In fact, people are judging these crimes by their overall numbers, not simply the mass robberies. But leave it to the liberals like Newsome to start talking tough about the ones that make the news and ignoring the ones happening in small scale every day and adding up to far more damage. Similar to how THEY approach guns. Do nothing about criminals with repeated offenses using guns, refuse to add mandatory time for using a gun in a violent crime etc, but jump at the chance to add more useless laws for the rare “mass shooting” because it gets the clicks.

You are a little fagoon.

You have to learn how to capitalize on the technology to combat the looting.

It would just be better for libtards to live in a society that condemns looting, but that’s not what they want.

to be fair, a society without MASS SHOOTING would be rather civilized too

Nobody is arguing about that.

But like in the case of Rittenhouse: No mass looting, no mass shooting.

Actually that kind of catchy for a new Protest slogan…Much better than No Justice No Peace.

Mass shootings account for a miniscule amount of gun deaths. Most gun deaths in America are by minorites using hand guns. 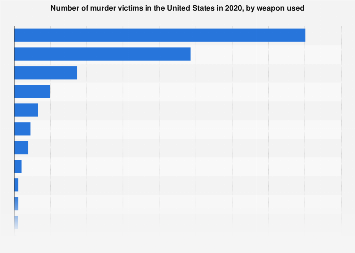 Homicides by murder weapon in the U.S. 2019 | Statista

mass shooters are very obviously condemned by everybody, while half of our country pretends that mass looting either doesn’t exist, is peaceful protesting, or that it just plain doesn’t hurt anybody.

who the fuck is giving mass shooters a pass?

LOL just look at this thread as example…one mention of MASS SHOOTINGS and the GUNtards are TRIGGERED…yet no LIBS are making any argument concerning the LOOTING because they are SECURE in their ideology and know that the LOOTERS are just common CUR criminals and in no way a reflection of Liberal LIBERTY!