Will the media ever be honest about crime? 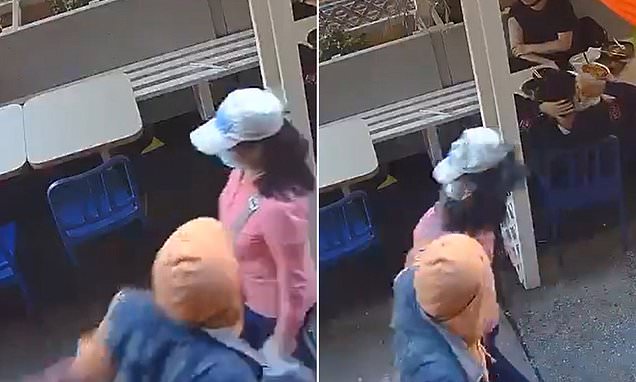 A seemingly crazed man punched a 55-year-old Asian woman in the face in Chinatown Monday evening so hard that she collapsed to the ground in what police are describing as an 'unprovoked' attack. 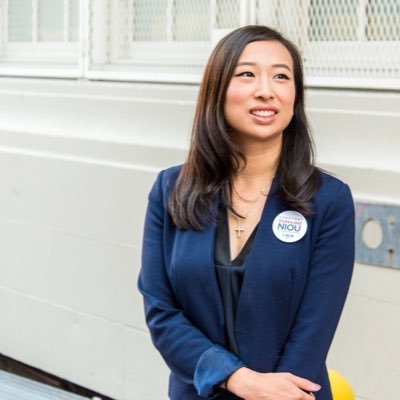 @yuhline
This was just sent to me from my constituent. This just happened in my district in Chinatown. He has been arrested and our precinct is investigating. https://t.co/sxNfCbrlza
SickEye June 1, 2021, 12:36pm #3

No, they won’t. It will always be labeled as ‘random’ too.

“In the 184 incidents in which the race of the source was
identified, the perpetrators were predominantly white. White
individuals were reported as offenders in 165 of the 184
anti-Asian incidents (89.6%). In contrast, Black individuals
were identified as offenders in 10 of the 184 anti-Asian
incidents (5.43%). This observation is worth noting, given the
current public conversation about Asian-Black relations. The
information that we have, while limited and imperfect, does
not support the common claim that Black hostility is driving
the current epidemic of anti-Asian racism and violence.”

UMMMMM Do you notice they do not reveal the race of the attacker in the above incident? Wonder how that affects stats? I’ll wait

Let’s pop the delusional bubble of left-wing Asians who marched recently in New York City, Oakland and San Francisco in “unity” protests against “White supremacy.” These “wokesters” blame “anti-Asian bias” created by an imagined backlash by imagined “White supremacists” against China because of COVID-19. Donning “Black and Asian unity” T-shirts, they embraced the self-defeating attitude of Oakland organizer Eddy Zheng, who wheedled: “Supporting our Asian community is not about dividing us. This support is for all of us suffering under White supremacy. We need to understand that so we can triumph and have public and personal safety.”

Reality check: Just recently in Vallejo, California, Filipino-American store owner Marc Quidit was shot four times in the leg by a gang of armed robbers. They were Black.

Two weeks ago, in Oakland’s Chinatown, a 91-year-old Asian man was assaulted by an assailant amidst a crime wave of more than 20 robberies and violent attacks in that neighborhood. The attacker wasn’t a White-hooded White man in a KKK robe. He was a masked Black man in a black hoodie.

In Daly City, California, an 84-year-old Thai grandfather died after a brutal attack while on a daytime walk in his neighborhood. His attacker was a teenage Black street criminal.

Viral videos have exposed several vicious attacks on elderly Asian subway riders and pedestrians in New York City since last fall. An inconvenient detail that anyone with functional eyes can see: The perpetrators in the security camera footage aren’t wearing MAGA hats. They don’t have flaming crosses in hand. Inconveniently for the “defund the police” hipsters, the opportunists robbing, punching and shooting Asians on those videos aren’t White people. They are Black — and that’s just plain fact.

More facts: Federal Bureau of Justice statistics data show that of nearly 600,000 violent interracial victimizations involving Blacks and Whites, Black suspects committed 537,204 interracial felonies (not including homicides), or 90%, and Whites committed 56,394 of them, or less than 10%. The Red Elephants blog points out that Black perpetrators are also overrepresented among all perpetrators of hate crimes — by 50% — according to the most recent Justice Department data from 2017. Whites are underrepresented by 24%.

You never hear these facts from mainstream media. It’s a sin of omission that amounts to journalistic malpractice. The leftist Trump Derangement Syndrome sufferers have zero evidence that the thugs robbing and murdering vulnerable elderly Asians have ever cared one iota about politics, COVID-19, race or Trump. They have zero evidence that these street attacks were inspired by “anti-Asian hate” — as opposed to pure opportunism, criminal malice or plain evil.

When you elect soft-on-crime politicians and prosecutors, you get more crime. When you defund and demonize the police, all innocent citizens are unsafe — whatever their color.

Blaming Whitey may get you a few virtue-signaling points, but at what price in blood? What’s truly insane is that Asian-American liberals are marching arm and arm with the very dangerous zealots whose policies incentivized these street crimes against the vulnerable and defenseless in the first place. Remember: What you permit, you promote. What you allow, you encourage. What you condone, you own.

Do you not see the fucking problem with the bullshit stats you posted?

They DONT IDENTIFY BLACKS WHEN THEY ATTACK THEY ONLY IDENTIFY THE ATTACKER WHEN THEY ARE WHITE.

You just played yourself.

Your BJS data includes robberies, which are often non-violent.

@overscore - Maybe the data in the report I linked is flawed…that said, if the media isn’t reporting on it, what data do you have to back up your claim? Cherry picked and pushed viral videos that fit your confirmation bias? Not trying to shit on you here, but if it isn’t being reported…how are you sure the scale is tipped the other way?

My point, is that every time I come to this cesspool, one or more of you race baiters are posting about BLACK on White/Asian/Etc. crime trying to prove a point. Many of you are the same shits that say ‘hate crimes’ aren’t a thing, and then use every anecdote you can to show Black Americans committing crimes, because it fits your fucked narrative. As a resident ‘libtard’ I don’t come on here posting about race and whoa is the plight of the Minority Man/Woman in America! As much as some of you like to bitch about ‘woke-ism’ and Libs being overly zealous SJWs…you aren’t seeing that you are the exact mirror image of what you’re bitching about.

The adults in the room can have a deeper conversation about how past systemic racism may have contributed to the factors which push a higher % of Black and/or Hispanic Americans into crime than White Americans and think about how best to improve the situation, I know there are more Black criminal offenders in the US than White / other races, especially when controlling for population size. If you overlay the top 10 states by violent crime rate with the top ten states by Black population, there is some correlation, but only about 4/10 overlap; however, 9/10 of the highest violent crime states are below the median income of the US (only Alaska, which has gov’t payments to their citizens is over the line). Also, 7/10 states with the highest violent crime rates are Red states, with the remaining three being ‘purple’ (Arizona, Nevada, and New Mexico). Maybe…just maybe, there is a reason other than race we should be talking about? The question is ‘why?’ If you think it’s the circumstances and environment they come form which may lead to a higher crime rate, I ask, what can we do to improve it? If you or others think it is because they are Black, and that is the root cause, well, I think you’re a piece of shit, but virtue signalling your disdain for a certain race of Americans by constantly sharing any story you can that anecdotally supports your thought isn’t helping anyone.

There are plenty of studies / statistics showing a different conclusion to what you shit-posted, here are a couple.

Interracial face-to-face crimes and the socioeconomics of neighborhoods:...

Using a novel data set comprising the universe of reported crimes to the Los Angeles Police Department from 2000 to 2007, we examine race victimizatio… 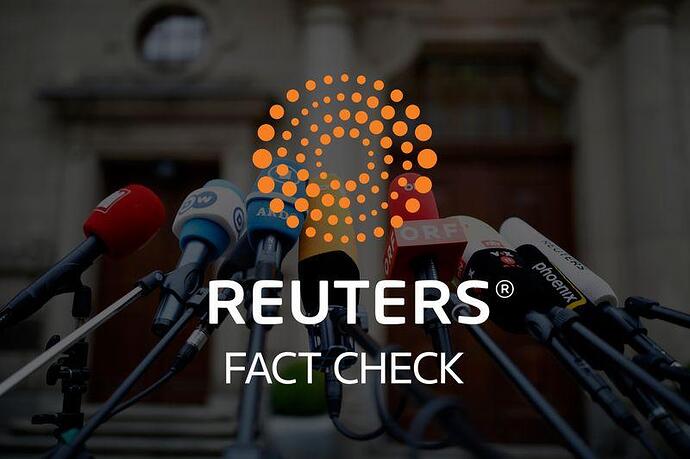 Shared on Facebook and Instagram, posts include a bar graph showing “murder of blacks and whites in the US, 2013” broken down by the races of the perpetrators. While the graph itself is accurate, the way it is presented is misleading.

Do you bother to read the stats you posted? Seriously. The white guilt is epic here

Yes, I read the stats.

You’re changing your argument. You were talking about INTERRACIAL violence. Now you’re talking Black-on-Black. The statistics I linked also comment on that, nearly a 5x chance of Black-on-Black murder than White-on-White statistically:

Again…why? Nothing I posted is 'White Guilt," don’t cop out with that bullshit. We’re America and this is an American problem, how do we fix it. Unless, again, you feel it’s inherit to Black people, which makes you an open bigot. That’s ok if you are, just own it.

Only 10 were by black perpetrators? That’s a pretty small number. Almost statistically insignificant. That’s almost as low as the amount of unarmed black men shot by the police annually. Almost.

Talk about cherry picking data. While your using “red” states as a whole argument that whites are just as violent is retarded at best. Maybe look at the data in those red states and where the crime is and coming from. Adults actually give and talk about their opinions with a sense of integrity about being truthful. You did anything but that

So who am I gonna believe, some rando on a 3rd rate off-topic message board or my lyin’ eyes? 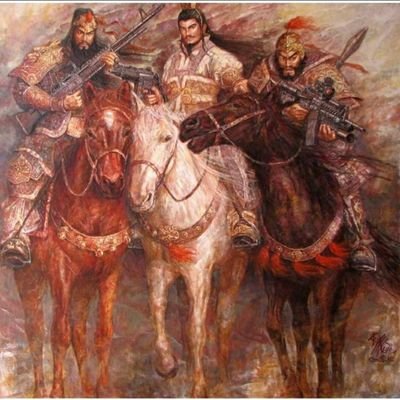 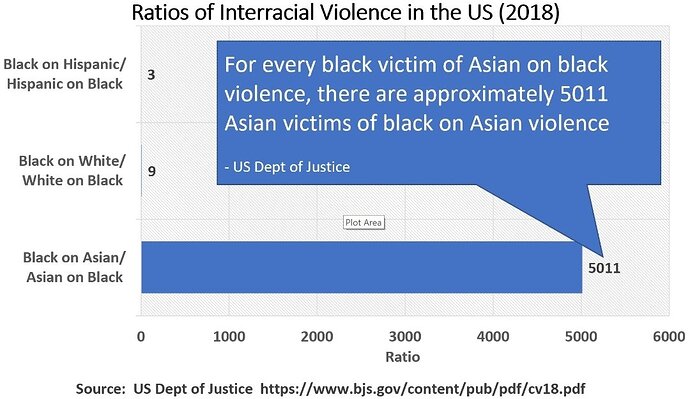 Asians are the only group that doesn’t commit violent crime against themselves at the highest rate. Despite being only 13% of the population, that goes to the blacks.