Will the new Thor do $1 Billion Internationally? 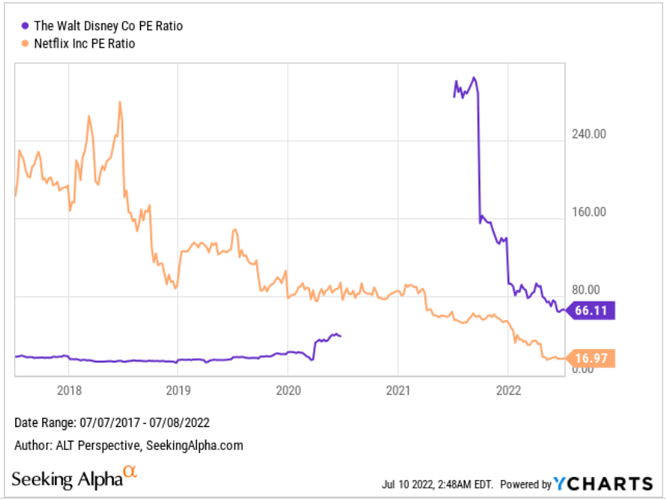 You showed me old news. Lol

And yet even the newest news from the most recent quarter shows them making hundreds of millions in profit.

Lol. Get woke, go broke - see, this one woke company only had hundreds of millions in profit last quarter while this other woke company had over a billion! Gotcha!

Some of CPH’s greatest hits:

Thor will crush a billion ($650 million, barely breaks even).

Who cares that disney stock dropped over 50% in the last year? (Shareholders, people that own the company, care).

Keep it up, disney!

I’m very happy that gay pedo groomer disney will lose money on another of their culture destroying movies.

disney will lose money on another of their culture destroying movies.

I have read budget was around 250 million…

While Marvel Studios has not officially disclosed the exact budget of Thor: Love and Thunder, new reports from MCU Direct suggest that this epic thunder installment received $250 million for its production, placing it $50 million over Spider-Man: No Way Home (2021) and nearly $100 million over Dune: Part One (2021):

All they have to do is another stupid Star Wars movie or show and everyone protesting will act like nothing happened.

It is going to be close. Usually you double a production budget to get the true cost due to marketing and other stuff.

Then factor in the theaters cut and this movie looks like it will probably make a small amount. Nothing close to what they were hoping for though.

Get woke, profit hundreds of millions per quarter

Fixed it for you

You should add the following disclaimer at the end of your posts.

This post is meant only for entertainment, and not educational, purposes.

Anybody that thinks having that gal play Thor is a good idea, should get their head examined.

Makes about as much sense as having Captain American be black…

I’ll die laughing if I get to see Tom Holland play Kunta in the Roots remake.

It’s kinda like, the best female swimmer is a male…the best black actor is a white actor.

Nobody is going to movies. What billion ?

Call me crazy, but it’s not a failure if it makes millions of dollars of profit, right?

Of course it is. Coming up short on projections can really fuck with investors and stock prices among other things.

If there is another Thor movie I doubt it gets a 250 million dollar budget again. Unless of course the Bidenflation makes that not a lot of money

What’s CopyPasteHero’s new screen name going to be, now that he’s been completely humiliated and destroyed?

Still waiting to see if Yossarian wants to do double (60 days) or nothing by betting on Black Panther 2 to cross $1 billion.

TLDR it’s going to make more than Thor 3 did outside China/Russia (where Thor 4 was not released). Mediocre reviews and word of mouth kept it from being a breakout.

I used to be surprised at this also. Can’t remember where I read this, and this was years ago, claiming that if a movie didn’t at least either double or triple the investments made in producing and advertising the movie then the movie was considered a failure.

That’s what the article claimed anyway.