Wing Chun master vs. MMA has knockdown in 47 seconds

Combat sports typically develop self-defense skills, as do martial arts, sometimes. As well they both can develop positive human characteristics, like confidence, conditioning, and character. And they also seem to nurture characters to a remarkable degree. A

character is a person who’s interesting, unusual, or amusing - a nut, a real character. One such character is Pierre Francois Flores.

Born in Chile in 1976, Flores studied judo from 1983 to 1989, Japanese jujitsu from 1995 to 1996, and hapkido from 1997 to 1998. Then, in 1998, he found his happy place - a Shaolin Wing Chun kwoon in Montreal, Canada, run by a Vietnamese grandmaster named Nam Anh. The school has a colorful reputation, perhaps best summed up by the throne for grandmaster Anh.

He admirably called out Vietnam’s Huynh Tan Kiet, founder and grandmaster of Nam Huynh Dao. Kiet is a notorious fraud, who claims to use electricity to stun his pitifully hapless adherents.

Flores also called out China’s Xu Xiaodong, an amateur MMA fighter who has suffered harsh retribution from the government for repeatedly exposing traditional Chinese martial arts as comically ineffective. Flores may well be irked with Xu Xiaodong for lumping Wing Chun masters in with adherents of arts even less practical from a self-defense perspective, like Tai Chi.

“The way he does it is wrong,” said Flores to SCMP. “It is not right to assume that all martial arts are fake. That is the mistake of Xu Xiaodong. There are good and bad things, but you can’t equate them all.”

In fairness, a line must be drawn between actual frauds like Nam Huynh Dao, a swindler, who knows what he teaches is nonsensical, and the Chinese martial arts masters who step up vs. Xu Xiaodong. The latter are profoundly misguided, but ardently believe in their chosen discipline, and are willing to suffer a public beating to try to prove it. Once, anyway.

In the video below, Flores does an informal fight under kickboxing rules vs. an MMA student named Luu Cuong, who is 5’ 9" (1.75 meters) and 180 pounds (82kg). Cuong is a student of legit Vietnamese MMA coach Dao Viet Lap. 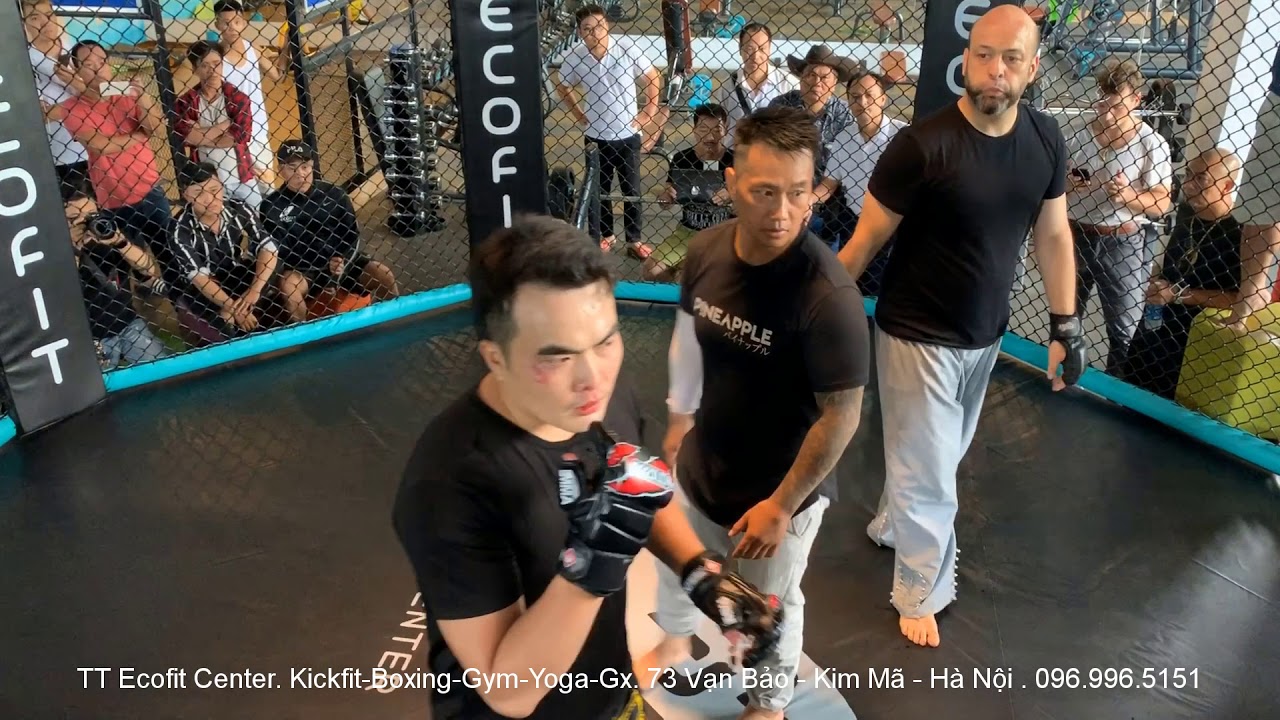 Flores is to be commended for stepping up and pressure testing his art, in a field where precious few of his fellow Wing Chun adherents are willing to. His confidence and positive mindset are abundantly apparent. Flores is capable of hitting hard, and has proven to be able to stun opponents who are smaller than he is, as you can see. It is not known if he ever faced someone of equal or larger size, but the callout of Xu Xiaodong, who is not small, and is a competent amateur MMA fighter, indicates Flores is willing to.

That said, there are countless hundreds, maybe thousands of MMA and other combat sports gyms in the USA and Canada alone, where Flores can test himself in the manner he prefers, against competent martial artists, of roughly similar size. For whatever reason, he chooses instead to call out unknowns.

Instead, Flores’ matches are reminiscent, to a degree, of the Special Olympics. This is not to cast aspersions on the millions of participants with intellectual and physical disabilities who courageously step up and compete in sports. But it is to say that Flores and his opponents often appear to be disadvantaged in terms of technique and/or athleticism.

Through participation in challenge fights in Japan and Brazil, and eventually through their evolution into modern mixed martial arts, a number of arts have proven their effectiveness. These successful approaches include sanda, boxing, kickboxing, Kyokushin karate, and Muay Thai, folkstyle, freestyle, and Greco-Roman wrestling, jiu-jitsu, judo, and sambo, among many others. Wing Chun is obviously not on the list.

Wing Chun is, demonstrably, one of those martial arts that can be made to work on low-level opponents, by someone with superior size and/or physical ability. It’s the equivalent of an art that, to offer a fictitious example, argues for throwing only the right uppercut and nothing else. There are people who will be able to win using only a right uppercut, on someone smaller, or less athletic, or someone whose approach to martial arts is even less effective than throwing only a right uppercut. But it’s still stupid.

Wing Chun is, demonstrably, a stupid martial art. There are no world-class fighters with a Wing Chun base. There is no evidence of Wing Chun working spectacularly on the street either, despite that martial arts working and failing on the street has been captured on security cams and cell phones thousands of times. The unfortunate nature of many martial arts programs indoctrinates Wing Chun students into believing it’s an effective approach, when everyone on the outside can see plainly that it only works on small people, or on adherents of another terrible art.

Flores’ latest callout is for a fight vs. professional boxer Truong Dinh Hoang. Hoang is 2-0 (BoxRec), 5′ 7″ (1.70 meters) tall, and fights in the super middleweight division - 160 pounds (73 kg) to 168 pounds (76 kg). If the bout ever happens, it will be one more colorful episode in Flores’ colorful life, but it won’t prove a thing about Wing Chun. In fact, Flores’ never fighting anyone of the same size, with legitimate skills, in the end only demonstrates once again that Wing Chun doesn’t work very well.