Woman blinds herself on purpose

Caitlyn Jenner would support this:

NORTH CAROLINA – A North Carolina woman says she is happier than ever after she fulfilled her lifelong wish of becoming blind.

BIID is a condition in which able-bodied people believe they are meant to be disabled.

She told Barcroft TV that her fascination with blindness started when she was a child.

“By the time I was six I remember that thinking about being blind made me feel comfortable,” she said.

Shuping says that when she was a teenager, she started wearing thick black sunglasses, and even got her first cane when she was 18.

By the age of 20, Shuping says she was fluent in braille.

“I was ‘blind-simming’, which is pretending to be blind, but the idea kept coming up in my head and by the time I was 21 it was a non-stop alarm that was going off,” she told Barcroft TV.

Her need to lose her sight increased as she got older, and by 2006, she claims she found a psychologist who was willing to help her.

Shuping says the psychologist put numbing eye drops into her eyes, and then a couple of drops of drain cleaner.

“It hurt, let me tell you. My eyes were screaming and I had some drain cleaner going down my cheek burning my skin,” she said. “But all I could think was ‘I am going blind, it is going to be okay.”

The woman says it took about half a year for the damage to take full effect.

“When I woke up the following day I was joyful, until I turned on to my back and opened my eyes – I was so enraged when I saw the TV screen,” she told Barcroft TV.

One of her eyes eventually had to be removed, her other eye had glaucoma and cataracts, Barcroft TV reports.

Shuping says she originally told her family it was an accident, but they later found out the truth.

She says her mother and sister have since cut contact.

She told Barcroft TV that she has no regrets and that she hopes to help other blind people live an independent life.

“I really feel this is the way I was supposed to be born, that I should have been blind from birth,” she said. “When there’s nobody around you who feels the same way, you start to think that you’re crazy. But I don’t think I’m crazy, I just have a disorder.”

According to Barcroft TV, Shuping is hoping her story will help raise public awareness of BIID and encourage people with the condition to seek professional help.

Hey, I mean if that's how she feels on the inside, then what is wrong with making the outside match?

I hope to god she cannot cash in on disability. That would be such a slap in the face.

She's so stunning and brave!

DaveFu - She's so stunning and brave!

“I thought we were all on board that stupid blind bitch is an amazing beautiful woman who had the exquisite bravery of a beautiful butterfly flying against the wind. And then this s— flies out of people’s mouths!”
itskrisdude October 3, 2015, 2:21pm #7

Probably got tired of fatshaming herself in the mirror 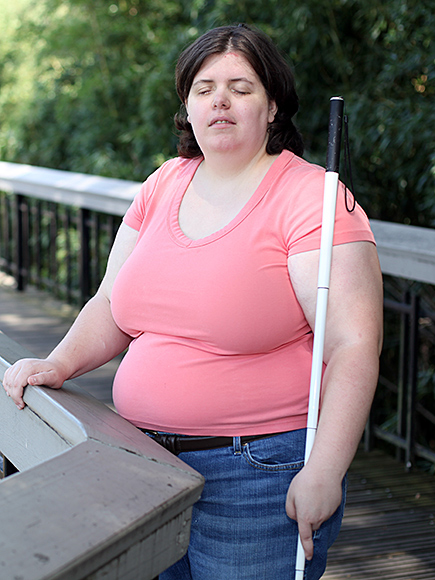 How else is someone who looks and acts like that going to get any attention from the world?

Munchhausen by proxy, except no one would breed with her.

"found a psychologist who was willing to help her.

Shuping says the psychologist put numbing eye drops into her eyes, and then a couple of drops of drain cleaner."

That shits legal for someone to do? Has to be am onion type source!

Such bullshit. Who in their right mind would want to lose one of the best things about being alive ? Then we have to pay for this idiot bc she can't work now ? I'll gladly trade her for a Syrian refugee. 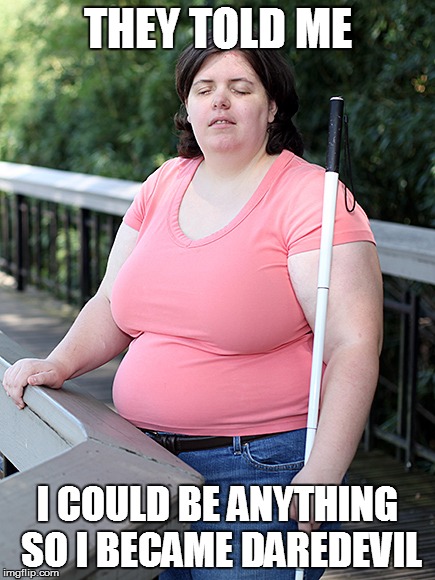 Can you imagine if she were a pokemon?