Microsoft has included a new function in the latest version of its Word software that acts as a checker for inclusivity and offers PC alternatives to phrases which could upset others.

Traditionally, Microsoft Word has offered tools to its 250million users such as checking software for spelling, punctuation and grammar.

But now, the tech giant has added an additional feature which reads through a user’s work and examines whether the language used may offend an individual.

The Sun reports it does this by highlighting phrases focusing on gender, age, sexual orientation, ethnicity of ‘socioeconomic status’.

The function, which produces a purple line beneath words or phrases it deems to be potentially problematic, can be turned on and off in Word’s settings.

The software also suggested altering astronaut Neil Armstrong’s famous quote from ‘one giant leap for mankind’, to ‘humankind’ or ‘humanity’ instead.

Back in 2020, Microsoft also released an update for Word which highlighted a double space as an error.

Current versions of the software highlights the mistaken double space with a blue line, highlighting a grammatical error. 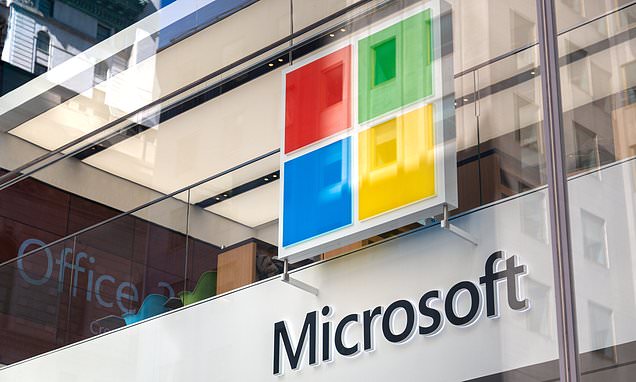 The function, which produces a purple line beneath words or phrases it deems to be potentially problematic, can be turned on and off in Word's settings.

This should solve all the worlds problem. Good job, MS

I like that the PC correction for MANkind is huMANkind lol.

I like that the PC correction for MANkind is huMANkind lol.

awesome. this should provide the american workforce with tons hours of fucking off.

We need a giant asteroid so bad

I type what I want!!

This peice of shit apple phone I have already does that.

Windows 10 sucked titanic cock prior to Gates turning into Mengele.

Guess Linux is the only option.

I see there is a use for it though I detest the need. In large corporations or government you have to be careful not to offend someone so this tool prevents you from accidentally letting something slip.

It’s sad we need such a tool but I can’t blast Microsoft for adding a feature their large government and corporate clients requested.