So this all started back in November of last year. I got new neighbors down stairs. Nothing big on that front except they're the kind you hope you NEVER get. First night they moved in around 2:30am the lady is hammering nails into the wall.  She also LOVES to listen to her TV at full blast. Law and Order SVU marathons run nightly. There is also constant banging on the walls and stomping going on that shakes my apartment. So I complain to management.

I get a letter on my door that says the following.

"To Whom This May Concern,

My name is (not important) and I live here alone with my two children who I have custody of every other week. They're 2 and 4 years old and the 4 year old is autistic. Prior to living here I lived in my car and I don't want to return to living on the street"

I write her a letter in kind just stating that I have some problems myself including PTSD and of the absolute worst things that I can experience is loud banging noise. It's like nails down a chalkboard but worse. It's like an unhealthy obsession where you constantly wonder when the next loud bang is going to happen. Could you please do everything you can to stop this when it happens.

Fast forward a month. It's sort of late at night 9pm-10pm and I hear her yelling at her children. Then I start to hear her hit her kids. She lives below me and I can hear the impact of every strike and then of course the child crying out in pain. Its one of the worst things I have ever heard. So I called the police because I had concerns about how hard she was hitting them

All of the sudden all of the banging and noise increases 250%. These aren't the light noises a small child would make who is 4 years old simply because he's not big enough to generate enough force to make this kind of noise. This is shaking my apartment and also waking others up in the building.

She tells management nope it's all her autistic kid. On average for the next 5 months 2-4 hours nearly every single day I put up with hitting and kicking the walls. I did some quick calculations and in 5 months I listened to something around 400+ hours of them banging on the walls.

I get a call from a charity that apparently pays her rent for her. "Oh you can't be upset with them and want them out..... she has an autistic child and she used to live in a car. This would constantly be brought up and thrown in my face as if I can somehow control her and her kids from being obnoxious or that for some reason because she's had a tough go of things she should be allowed to make as much noise as possible.

Management company's attorney called me at the start of last month(after about 20 emails they ignored). I have refused to pay my rent and continue to have to live in these conditions. They tell me that they're going to move her but need 30 days. I agree and I am asked if I will pay my rent now. I say yeah if your going to move her, that's my only complaint. 30 days comes and goes and its obvious this call was just to get me to pay my rent. They then tell me they need another 25 days to get her out. They have an agreement with her that she will leave at the end of the month.

Doesn't matter that both her and the management company have never once kept to any agreement. I tell them this is unacceptable and that she is purposely making noise every single day and I can tell it's a full grown adult doing it just because of the force behind it. I have called the police on her many times to the point they refuse to do anything. Everytime they say it's the kids and what did I want them to do? I explain that it hasn't been the kids but the mother acting like an absolute animal just to bother me.

Nobody is willing to listen to anything of reason. I told them I can hear her coaching her children to hit and kick the walls as well as laughing and taunting me after I complain to the police and management company. "They ain't going to do anything. We'll be here for a minute". This has gone on for months and she's woken up pretty much everyone in the building at this point with her bullshit.

At this point all I can do is not pay my rent but it's just fucking disgusting how everyone is trying to use the autistic kid as a shield. No explanation as to why her kids are even up at 3am every morning. No explanation as to why she gives her kids a hammer and nails to play with at 2:30am. Nope it's all the kid and nobody is willing to listen to anything else. I just want her to leave because I'm a mean person and for no other reason. I should just deal with it. Is basically what i've been told.

I have lost about 20 pounds and I am now having panic attacks and suspected TIA's(mini strokes). Still nobody cares. The poor lady is going to have to live in her car. That's all I should care about. Again remember she has no explanation as to why there is noise every single day when she already admitted she doesn't have them 100% of time. My neighbor who lives across from me is constantly being woken up as well and she's dying of cancer. She is jaundice beyond what I have ever seen before.

It's just absolutely disgusting and I have to live here for the next 20 days with her before anything gets done. I'm seriously going to snap any minute. Even writing this I can feel my blood boil. When I went to the hospital last week my bp was 171 over 111. So it's demonstrable what type of effect she is having on my health as well as the strokes and panic attacks. If this goes on anymore than 20 days I'm going to eat my fucking gun.

And that’s how I became the prince of Bel Air.

Sue for the punitive damages she's causing you

They're just waiting for you to leave.

They probably haven't had a single conversation with the woman asking her to go.

it sucks and she’ll “win” but who gives a fuck. She’s trash.

I currently have a similar situation. My neighbors have two kids, 8 and 6. The 6 year old is autistic, he makes high pitched barking noises and a noise I could only describe as yodeling but different “oolololololololoooo”.

The kid also stims by banging on the shared walls of my apartment.

I have not complained to management because I should be moving soon. I also felt bad because the kid can’t help himself.

My thoughts on my neighbors have since changed. Last week the parents had a party on a Tuesday night. I’ve also witnessed the kid tearing up tissue paper and leaving it all over the common area multiple times recently. The Mom has a box of tissues in the back window of her car. The tissues may be a way for the kid to stim with out kicking her drivers seat, I’m not sure. One things for sure the mom doesn’t pick up the mess or try to stop him from littering. A few times a week I’ll go outside and there’s tissue torn into bits strung all over, this isn’t an accident.

At this point it’s on the parents. I understand she can’t fully control the outburst but I don’t think she’s doing an adequate job....the mom isn’t even trying.

I went from a stance of trying to understand and have some compassion, now I wish they were asked to leave. A little effort from the parents would go along way.

I take back my original post. I had OP confused for a OGer that I dislike so I wrote something jerkish.

Apologies to OP. May you bathe in that bitches blood.

Id take them over my last ghetto drug dealer neighbor. He would rev a crotch rocket literally two feet from my door for 30 min at midnight and play the drums very bad for hours and hours every day. When he wasnt playing the drums he was kicking in his own front door, beating his gf and shaking my walls with rap music. Oh also would lock his rottweiler in a tiny cage outside his door and it would bark and cry for hours. On more than one occasion I punched him in the mouth and mushed his ghetto whore of a gf. She was one of those loud trash white girls who try to act black.

Bro hugs to all.  That sucks.

Tip.  Any time a lawyer calls and asks for an exchange.  Ie we will move then at end of month, please pay your rent.  Ask them to email that to you.  Much more valuable than a call. 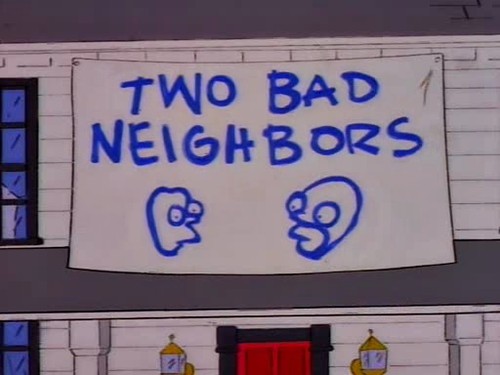 Why do you live in the hood OP? I thought you were doing pretty well with your business?

What do you mean? I think I was very accurate in telling his story in short hand.

Which part do you dispute?

Start recording the noise on your phone. Then sue her, managment, and the church that gives her the money. Tell them you have PTSD and your quality of life is not good from this.

1. The only part I have issue with is “I have to live here.” If this is honestly giving you TIA’s, break your lease, keep everything documented why, and move.
2. You might be letting this control you more than it should. I hesitate to judge cuz I’m not there, but take some control over how you react. Ear plugs, headphones etc. just spitballing.
3. Don’t live in a place suitable for the recently homeless, if at all possible.

What do you mean? I think I was very accurate in telling his story in short hand.

Which part do you dispute?

Are you denying there aren’t civil and criminal laws in place regarding OPs circumstances?

i had a bad neighbor once when i lived in an apartment. it sucked and he had zero noise consideration. but, at the end of the day, your recourses are:

1. complain. (to her, to management, to the police). it sounds like you have done this to an extreme degree
2. move, especially if you have complained and it has become clear that nothing is going to change

it is weird that you mention "explanation" over and over again as if you are owed explanations. you live in a shitty apartment, which is going to be prone to shitty neighbors, and you got a bad draw. it comes with the territory.