Would Shane McMahon in UFC be good or evil?

McMahon should mix it up
Will he or won’t he? After resigning from the WWE, Shane McMahon might enter the MMA.

It makes business sense for Shane McMahon to enter the MMA

Shockwaves were felt in the sports entertainment industry in October. Shane McMahon, the heir to the McMahon family empire, abruptly resigned from his duties as executive vice president of Global Media for World Wrestling Entertainment. His resignation will become official on January 1, 2010.

McMahon has long been considered the eyes and ears behind WWE’s digital media branch. He successfully made the company’s website, wwe.com, into a huge revenue stream for WWE products and services, and has long had the support of the company’s pro wrestlers. However, over the past few years a combination of factors have led many to suggest that McMahon is growing disinterested in pro wrestling and the business his father, Vince McMahon, turned into one of the more profitable sports entertainment entities of the past 25 years.

Over the past four years, Mixed Martial Arts, under companies such as PRIDE and Ultimate Fighting Championship, are experiencing an increase in popularity and viewership. Gone are the days when people would fork out $44 to watch a monthly WWE Pay Per View. These days, the same customers fork out $55 or more for a monthly UFC PPV. It’s a booming business despite the economic climate.

With all the success that former WWE World Champion Brock Lesnar has had in the UFC, one has to wonder if a well-known pro wrestling business executive and part-time on-air character like Shane McMahon would enter the MMA.

Something tells me that McMahon will eventually join the UFC. However, he won’t join as a competitor, as it’s hard to imagine Shane O Mac—one of his most popular monikers—going into the octagon to take on a competitor like Dan Henderson or Forrest Griffin and be voluntarily ripped to shreds.

Since mid 2005, McMahon has been longing to do something with MMA. In 2008, he was in talks with billionaire Mark Cuban to potentially start up his own MMA company to compete with UFC. However, talks fell through and nothing further transpired.

McMahon has attended a fair number of recent UFC Pay Per View’s live events over the past few months. At the moment, UFC President Dana White hasn’t commented one way or another if he would welcome McMahon with open arms to his company or if he would slam the door on him. White’s silence has led many to believe that McMahon will be joining the UFC in a business executive capacity.

As a long-time fan of both pro-wrestling and MMA, I feel that McMahon would help make a strong brand like UFC even stronger than it is today, helping it increase its revenue profits. When he was in WWE, he helped make the monthly pay per view business a huge moneymaker. UFC doesn’t need the assistance in the pay per view area right now, but McMahon can help create a television show to potentially compete with WWE Monday Night RAW or WWE Smackdown! or TNA Impact!. UFC currently runs highly successful programs such as Ultimate Fighter on SpikeTV, and UFC All Access, syndicated on stations throughout the world. Nonetheless, if McMahon were to come up with a two-hour weekly program, showcasing UFC fighters in straight matches to find out who has the strength needed to advance to a UFC PPV, it could bring in a lot of dough. As an MMA fan, imagine seeing tournaments held each week for the up-and-coming rookies in the UFC to gain a spot for an upcoming UFC card. Right now, Ultimate Fighter is the closest thing to this concept, but they only make the winner of the program go on to face an opponent at the Pay Per View.

The bottom line is that Shane McMahon joining UFC makes business sense and is something Dana White and ownership at UFC simply can’t turn down. In the MMA world like everywhere else, it’s all about making the most money possible, and Shane O Mac would get the job done.

Something tells me that McMahon will eventually join the UFC. However, he won't join as a competitor, as it's hard to imagine Shane O Mac--one of his most popular monikers--going into the octagon to take on a competitor like Dan Henderson or Forrest Griffin and be voluntarily ripped to shreds.

Dana has spoken in the last few weeks about the internet being huge in the future of the UFC. This would seem to be Shane McMahon's area of expertise so it makes sense.

I have to admit, Shane O Mac in or with the UFC makes me smile.  He and Dana seem like they'd be two peas in a pod.  I've always had respect for Shane

with dana white acting like vince mcmahon, ufc is transforming into wwe.. just the people are actually hitting eachother.

"if mma is to be taken seriously, it should never,NEVER be associated w/ wwe...NEVER!"

I do hope there is never any sort of partnership between WWE and UFC.  Vince has a thick head, and he likes to do stupid things like start new promotions, ie XFL.  And while I could see them wanting to get into MMA, I don't think it's feasible, and surely Dana and Zuffa would probably laugh and shrug off the thought of Vince as a competitor.  I don't think Vince wants to start a new MMA promo, and I don't think Dana or Zuffa want to partner with anyone, especially wrestling.

That being said, Shane and/or Vince seem to sincerely be fans of the sport.  And you can't deny they know what they're doing when it comes to business altho isn't Linda the one actually in charge of the business side (heard she wants to run for Congress as a Republican next year).

From what I've seen of the two, Dana and Shane seem very similar to me, and are both pretty young.  Whenever I see either of them it looks like they're having fun, enjoying life, and liking what they do for a living.  So I say put em together, why not.

HHH and Steph are the problems not shane, they just lost their best part too

So how do you trust anything that comes out of the WWE? I just don't buy that come March, Shane-O-Mac won't be back in the fold fighting his father at Wrestlemania.

They are the type of people tho, that if you tell them they can't do something, they will do it just to tell you to F off.  I don't know what Shane could bring to the table, but I'd have to think it'd be good.

ONE example of how the UFC could or should take a page from the WWE... freaking DVDs.

Hell the UFC got its big boost from the original Ultimate Fighter which was the exact same thing as WWE's "Tough Enough"... If Shane gets brought in as a partner he can only help the UFC. He will not have complete control so you don't have to worry about him going off and doing anything too nuts. However, if there is one thing that everyone should know by now is that the McMahon's are extremely good at marketing and business. Shane could bring a great deal to the table. Plus he has always been a huge MMA fan.

Who wrote that article? It's pretty innaccurate.

Shane would be a great signing for Zuffa when it comes to their international expansion.

Naughty Gorilla - Lol... who is the HW champ

"if mma is to be taken seriously, it should never,NEVER be associated w/ wwe...NEVER!"


and he seems to forget that a UFC HOFer held multiple titles in WWE.

I remember, but the general public can't forget. and that IS the problem w/mma...even on the satellite radio shows they group mma w/ pro rasslin. thus it will NEVER be taken seriously by the majority. just watch sportscenter. anytime pro-rasslin is mentioned it's w/ a grin,smirk and chuckle. and rightfully so: IT'S NOT REAL! and it should NOT be linked to a legit sport like mma! 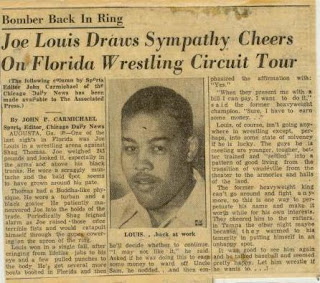 lol, more of the MMA little penis syndrome in this thread. Wah wah wah, I can't enjoy MMA fights unless everyone else thinks it's cool too.

Lissen Hear you RUDY POO CANDY ASSES lol!! come on Shane O Mac is a verry talinted person when it comes to promotions and stuff and he learnd it from the best (his dad) and the UFC wants to take this sport to a infanant level and the will and they can do it faster with the help of Shane O mac ...Its not like he wants to take over the company he just wants in to help it grow and see it acheve the reconishion it deserves !!!!

ricker - Lissen Hear you RUDY POO CANDY ASSES lol!! come on Shane O Mac is a verry talinted person when it comes to promotions and stuff and he learnd it from the best (his dad) and the UFC wants to take this sport to a infanant level and the will and they can do it faster with the help of Shane O mac ...Its not like he wants to take over the company he just wants in to help it grow and see it acheve the reconishion it deserves !!!!

This is UFC's only chance of surviving the upcoming struggle with Strikeforce.  Shan-o Mac is a promotion war veteran.

blue63 - He's very good at what he does and has success running through his veins..

So long as he's not associated with WWE, bring him in.