Wow... Child sex abuse at one of these holding centers for kids at the border

Fuckin’ sick if you support this shit. These motherfuckers think of nothing but their own gain from these people flooding in to this country… Why are there no calls to impeach our president over this? Shits written in to our constitution to protect our borders… hey CONGRESS ON THE RIGHT, GROW A PAIR. 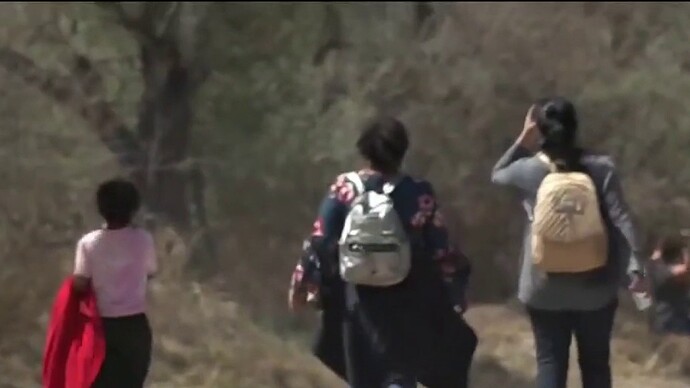 More than 1,300 migrant children are being held at coliseum where sexual...

The number of migrant children being detained at a facility in San Antonio, Texas, has nearly tripled in less than two weeks, as state and federal agencies have received complaints of abuse taking place there.

They aren’t abuse victims. They are involuntary sperm recipients being held in temporary overflow facilities"

That red headed bitch said that shit at the presser today!

Still better treatment than they have in their country.
-libtards

Did she say she was gonna circle back?

That bitch is just terrible. I thought blondie for Trump was awesome. She, at the time, had one of the hardest jobs in the country… well besides like crack whores suckin’ dick for crack, but that’s voluntary… her fighting with the press and stuff during covid. Imagine if the press treated Bride of Chuckie the same way? Fuck.

Anyone that was screaming on twitter, Facebook or any other form of social media about “kids in cages!!!” for months when there were a couple of thousand kids being held under Trump and who are now silent on the issue need to be removed from society with extreme prejudice. These people have shown their true colors.

It is becoming more apparent every day that a large segment of our society are nothing but hollow vessels that are controlled by the MSM and politicians and have no real empathy for anyone besides themselves. Their are literally 6-7x as many “kids in cages” and they are now being raped en masse and I don’t hear a peep from the sick democrats or their supporters about it.

Agreed. There’s a lot of people that just go along with what they’re told. I think until a good majority of those people wake up, realizing that legacy media are nothing but leftist/socialist/communist propaganda portals… it’s gonna be hard to get our country back on track.
Those people are also silent because they feel stupid, I think, for believing all the bullshit the msm spewed out about Trump, and are now seeing the absolute trainwreck the Biden administration is. He’s basically a meat puppet, the military is running shit

Time for articles of impeachment.

Honestly they should… it’s in our fucking constitution for god sakes… Someone needs to sack up and start fucking doing back to the left what they did to Trump for 4 years. At least this impeachment would be valid. Might not pass, but so what.

The numbers are staggering.

I’ve lost respect for friends who were part of the “Kids in cages!” crowd and are silent as a mouse now. How can I not?

Virtue signaling, vapid, parteson hacks, all of them.

You know what’s funny about you sayin’ that is my day of birth was recently, and a guy I was really good friends with and had known since serving together back in 08, I had to cut out of my life last year. He’s married to this Mexican chick. But if you remember when Cops got taken off the air last year after the whole druggie guy died? I said to him, something like hey man, it’s crazy they’re taking cops off the air! He responded back saying that he and his wife agreed with it, it could be dangerous… and from then on he became this weirdo that I didn’t now anymore.

So the other day he sent me a message saying happy birthday, and I wrote him back and said hey man, you know I have a friend that sits more on the left and we just agreed not to talk about political stuff… and we’re fine. He wrote me back yet another condescending message saying that Q people are destroying the country and yada yada yada, I wrote him back just saying I don’t even know what Q is man (I don’t) and I don’t think there’s that many Q people on the right, I think there’s more blueanon than anything… I deleted everything except for I don’t know what Q is… and haven’t heard back from him.

I haven’t changed who I am.

Maybe those kids were just being sniffed