This guy is on right now, apparently. I’ll try to watch it. 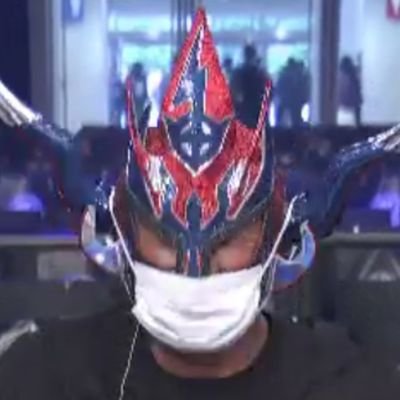 @davidbix
For real, you can make an argument that Zelina's been the recipient of the most mean-spirited WWE revenge booking of all time. That covers a LOT of ground, but "rebound from losing streak as part of literal propaganda for the country that financed her dad's murder" is a new low.

@davidbix
Tricked into signing right before her hubby's firing. Losing streak. Pulled from the MSG SmackDown ~12 hours before the 20th anniversary of her dad's death in the WTC. Finally put over...on a propaganda show for the country that funded her dad's murder. wE pUt SmIlEs On FaCeS https://t.co/xXHYHWwuYh
3 Likes
dennis5 October 21, 2021, 6:30pm #5

Consequences Creed for the win!

I always thought “Saudi Shitshow 4.0” (or whatever number they’re on) had a nice ring to it.
.
But “Crown Royal Sauid Blood Show” is better.
.
VTFU

I went back a little. Goldberg beat Lashley.

LOL at a tolerance and respect lecture to Saudi kids!

A big part of Sasha Banks gimmick is her body, here she has to cover it up. Oh well.

WWE steals AEW shoe weapon by having Rollins putting a chain on his boot. Young Bucks introduced this concept recently with the tacked Jordans.

I went back a little. Goldberg beat Lashley.

lmao - that’s the first match since he beat the Fiend at a prior Crown Royal Saudi Blood Show" for the belt however many years ago that was.

They need to make after-match pep talks less obvious. Edge is literally making out with Rollins on the ground. I assume it’s from all the excitement of making that Saudi money.

A big part of Sasha Banks gimmick is her body, here she has to cover it up. Oh well.

It’s really odd to watch them all wearing an oversized t-shirt over a long sleeve shirt. They look like 90’s kids going to their first Green Day concert

I can literally smell the separation of serfs and nobles in the first 20 rows of the venue. Their 8 year old kids are wearing $500 couture tshirts

I was wondering if this was going to get a thread, it’s been a Saudi shit show but not the worst event they’ve had there - main event time Reigns v Lesnar

WWE is clout contract selling Balor’s remaining stock before he is fired into irrelevance and goes back to Japan or AEW. How nice of them to treat their first Universal champ like that.

Did the Saudi’s finally get The Ultimate Warrior and Yokozuna like they wanted for their first show?