You hardcore enough to run your feet/hands off?

Or are you some sort of pussy?

Another competitor in the Yukon Arctic Ultra race will likely be losing extremities to frostbite.

Nick Griffiths, from Bolton, England, will find out later this week if he will need to have his two middle toes and most of his big toe amputated.

About 75 kilometres into the race, Griffiths was taken by snowmobile to Whitehorse General Hospital. The night before, Griffiths was unable to keep his feet warm in his sleeping bag and later started developing frostbite on his fingers.

This year's race saw temperatures fall below –40 C at night, and was even halted for a day because of extreme cold.

An Italian athlete who participated in the race is also facing the possibility of losing his hands and feet after suffering severe frostbite. He had to be rescued by helicopter midway through the marathon after he experienced confusion due to hypothermia, and removed his gloves and shoes. 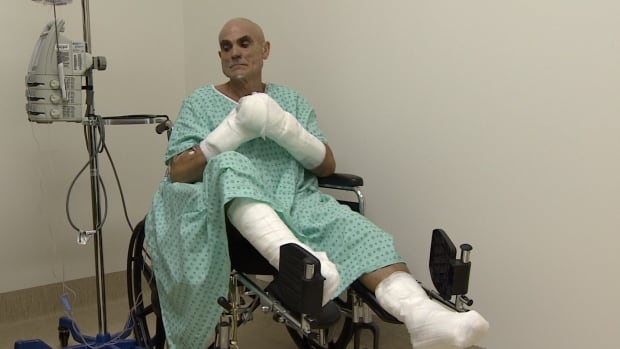 "Zanda said being alive is more important than having hands and feet, adding he'll continue to race even if it is with prosthetics."