since i love lists like this ill do another one...this is the all time team for your fav team, pick one guy for all the positional spots and you are allowed one DH, you cant switch guys positions around...and 5 pitchers

Since my team doesn't have nearly the history, they won't be quite as good...

Catcher--Not a particularly strong position for the Astros historically. Alan Ashby's decent bat gets the edge over Ausmus's defensive superiority I guess.

SS--This will eventually be Adam Everett, but for now we'll say Dickie Thon.

RF--Jose "Can you see" Cruz

However, my team WILL be wearing the best uniforms ever: 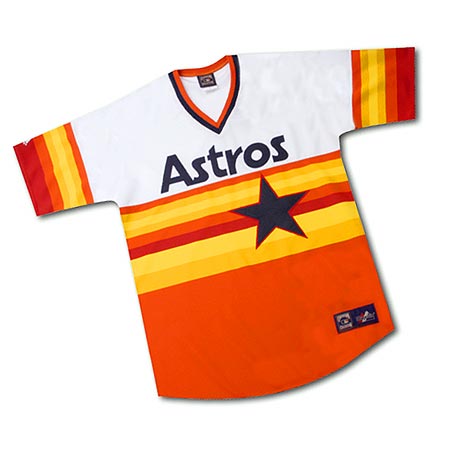