So, after all the billions of dollars America poured into the black hole of Ukraine to support the new Churchill - who plays the piano with this schlong - Red China gets the contracts to rebuild the country?

Did the West get played?

What about all the weapons and money that disappeared? Where did it go? 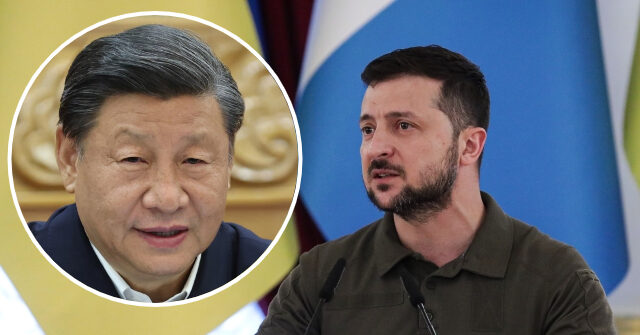 Ukrainian President Volodymyr Zelensky said he would like to discuss his country's war against Russia with Xi Jinping.

America only poured money into the racket that is the military industrial complex.

In case you havent noticed, there is an agreement that is playing out.
The weakening of the U.S. as the sole power in the world, and the propping up of China as the new leader.

They’re free to do deals with what countries they like.

So, Russia wants to send in 100K N. Korean troops to fight Ukraine.

In other words there is no morality. Just money.

What morality are you talking about?

So, Russia wants to send in 100K N. Korean troops to fight Ukraine.

Just like how they would have been better off as a country if they just stayed politically aligned with Russia to begin with.

The CIA couldn’t have that

Russia doesn’t want to “politically align” with Ukraine they want its sovereignty. They have stated that multiple times over the last decade and have annexed land already.

Everyone here would be fighting as well.

Everyone has a right to defend their country…

He doesn’t owe the US anything.

Our fault for helping them in the first damn place.

What a plot twist if after pilfering us for a decade he does a total 360!