Anyways, Zned’s thread got me inspiralized to make a homemade Big MacProwleR™.

I went with thin patties smashed on a CI and homemade sauce as we dont have a Trader Jose’s near. 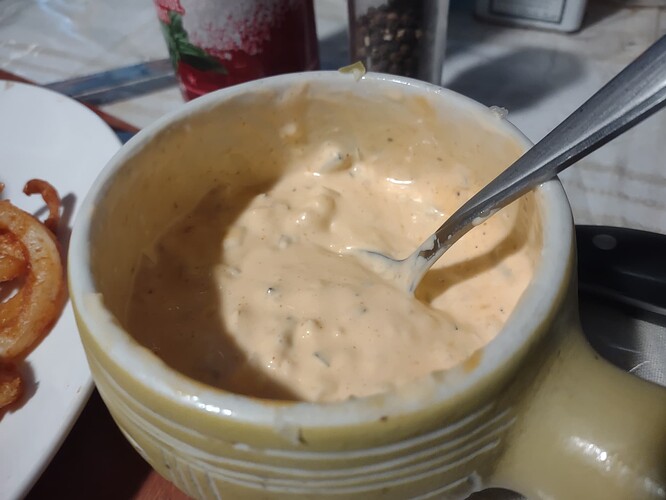 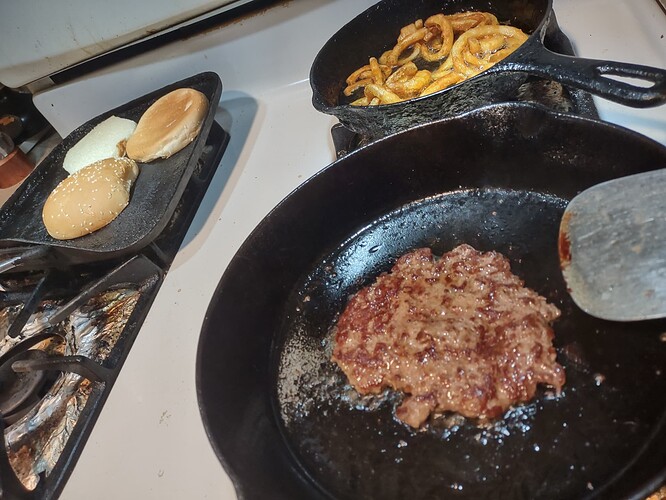 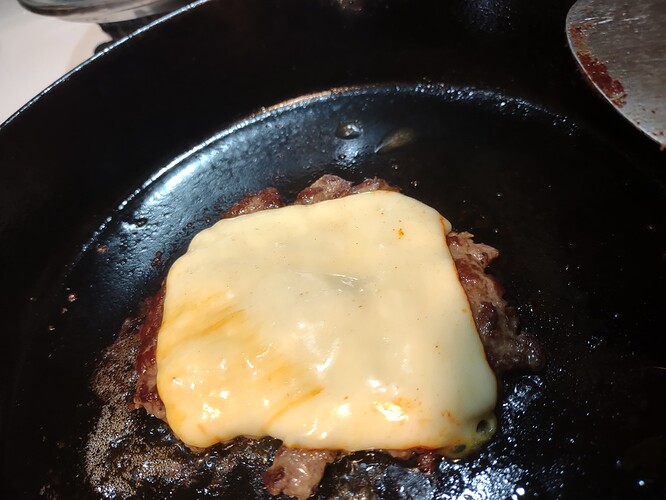 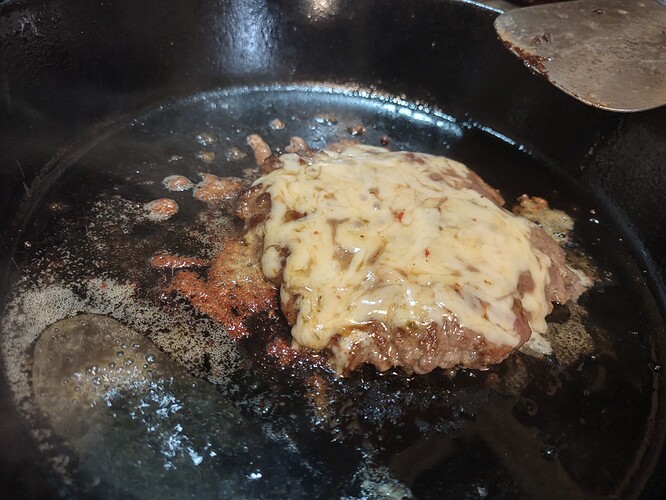 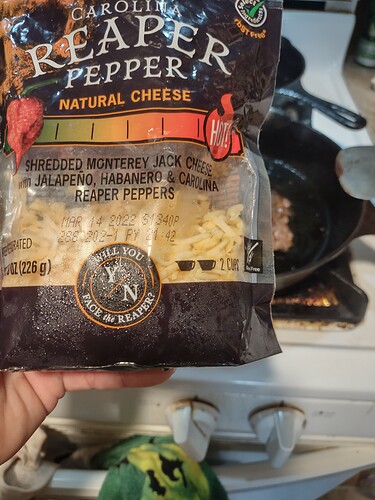 Paired with a fine cola of coca and trinity season fries 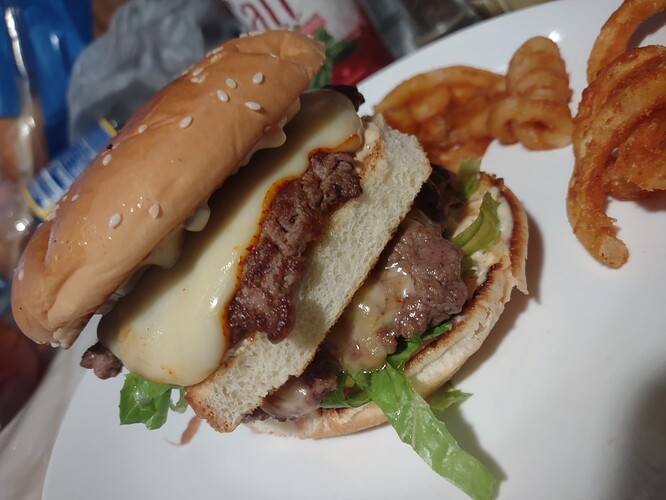 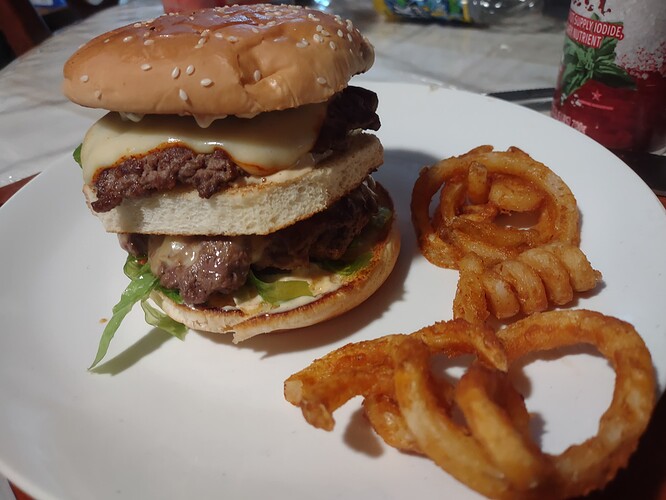 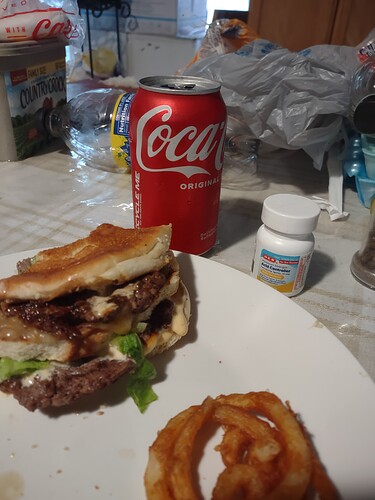 That fucking cheese is retardedly hot. Probably good on a burger but when I eat a piece by itself…:I’m always reminded that I am retard.

You should make it a Nite Mac!

Used this but I only have apple cider, brown sugar and regular pickles(sweet relish is gross). 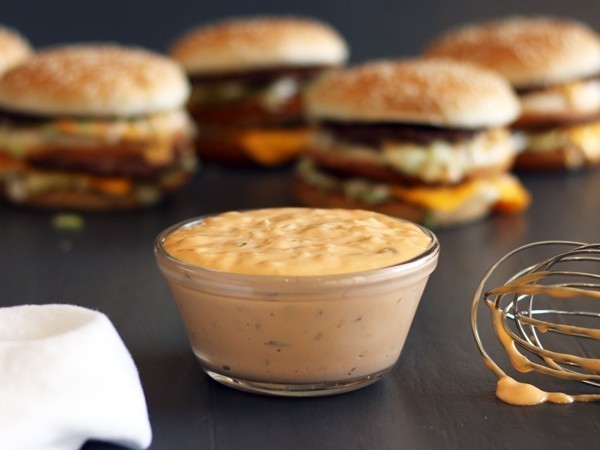 Keep the sweet-and-sour McDonald's Big Mac sauce on hand at home when you cook up burgers for that extra flavor. This recipe will help you make it on your own!

That fucking cheese is retardedly hot. Probably good on a burger but when I eat a piece by itself…:I’m always reminded that I am retard.

It melts beautifully, my bro! Straight out the bag it is pretty dang hot, though!

american’s the best ‘cheese’ for burgers. it melts perfectly and has an unbeatable creaminess. it’s the only thing i ever put it on, but IMO, nothing beats it.

also, i use smaller patties, 2.5 oz. doubles at a minimum, usually triples. it really increases the amount of patty meat that gets the crispy browning of the maillard reaction and a piece of cheese per patty increases the cheese to meat ratio. also brioche. learned from guga.

but as usual, yours looks pretty tasty.

Why would you want to out an extra piece of bread in the middle of a perfectly good double cheeseburger!?

I realize it’s a ode to the Big Mac.
But the Big Mac has always been silly and overrated.

Get rid of the extra piece of bread and put another pattie in there!

And if you wand a decent fast food burger that has thousand Island – go to Carl’s Jr and get a California Classic.
It’s a double cheeseburger with thousand island and lettuce/tomato. Way better than a big mac!

Don’t give me no damn club sandwich either!
Lose the extra bread and throw in some extra meat!!

I have thousand island. Tried a bit and it would taste gross on my burger. This is tangier but not over creamy like thousand. The third bun is literally nostalgia but it was light(just rounded out a regular white bread). Dont you all have club sandwiches over there? Do you toss the middle bread in that instance?

Also @EFM , I agree on the cheese. Same for grilled cheese but I love meunster and carolina reaper cheese. This was nearly the perfect burger.

the big mac’s middle bun (aka the club bun) is it’s own thing. it’s a much smaller piece of bread that’s skinless on both sides, as if a really tall bun was cut twice. they put it on there to allow for more special sauce to be applied which is what the big mac’s all about. without the club bun, it would be a sloppy mess.

You had me until you lost me at spicy hot cheese. I hate spicy foods. It burns my mouth and makes my nose runny, ruining the whole experience.

oh, right, forgot about grilled cheeses. perfect for those too. my secret to grilled cheese, fry both sides of the bread in butter and use at least 3 but no more than 4 different cheeses.

Only things it’s missing is some Mayo

oh, right, forgot about grilled cheeses. perfect for those too. my secret to grilled cheese, fry both sides of the bread in butter and use at least 3 but no more than 4 different cheeses.

I butter both sides, as well! We are

Only things it’s missing is some Mayo

i do sriracha, kepie mayo, and dijon. if i have time, i’ll chop up shallots, pickles, and toss in a little white wine vinegar.

I’ve never been brave enough to do the mayo grilled cheese trick. I have a big shnose, if I smell burnt mayo I wont eat it.