In the 1970s, Bruce Lee triggered an explosion of interest in Chinese martial arts. However, over a period of time, there subsequentally rose a widespread belief that whatever merit “Kung Fu” had in terms of culture, confidence, and conditioning, it really didn’t work from the perspective of self-defense. The global rise in awareness of Sanda, which almost exclusively uses techniques from traditional Chinese martial arts, has proven that belief to be grossly mistaken. But for many years before that, a few Chinese stylists carried the flag, taking on all comers, and proving that Kung Fu is a dangerous fighting style.

For example, in the USA, there was Paul Vizzio, who, beginning in the 1970s, fought full contact globally, sometimes, deep inside Chinatowns, wearing bag gloves and jump boots. On the other side of the planet, in Afghanistan, there was Ehsan Shafiq.

At the age of seven, Ehsan began learning Shaolin Kung Fu from his older brother, grand master Wahidullah Shafiq, The Father of Kung Fu in Afghanistan and Pakistan. Eventually Ehsan owned a chain of kwoon in London. Along the way, he entered a wide variety of martial arts competitions, including Kung Fu, Karate, Taekwondo, Kickboxing, and Sanda, among others. Overall, he went 93-6, before passing away in Norwau from a heart attack on June 5, 2012; at just 36 years old.

There has never been any question about how athletic and spectacular Kung Fu kicks and punches are, especially in the movies. However, Shafiq not only performed incredibly difficult and spectacular maneuvers, but he also developed the ability to use these techniques in competitios. Jump spinning kicks, crescent kicks, aerial maneuvers, and even flipping kicks were staples of his game.

At first glance, Shafiq in competition appears to be some sort of choreographed exhibition. It’s only when the opponent slumps to the ground insensate that it’s suddenly clear this is all real. 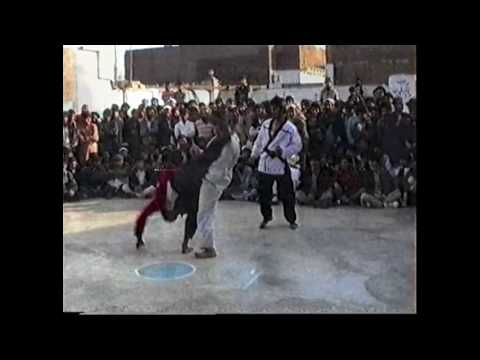 In the video below we see Shafiq in red, vs. a Pakistani national champion at a taekwondo-rules match (full power kicks to the head and body, punching body only), that took place in 1998.

This is an early fight, in 1996, at the All Pakistan Karate Championship.

This is another Shafiq bout under contact karate rules. 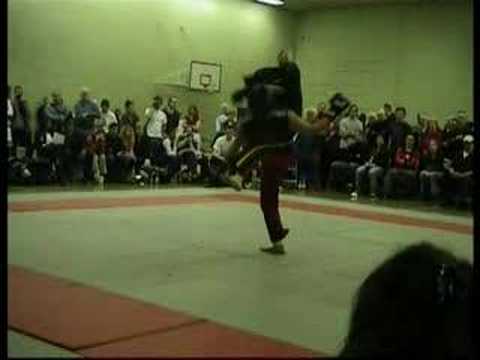 Here we see Shafiq (black top) in a 2006 bout under American Rules kickboxing. 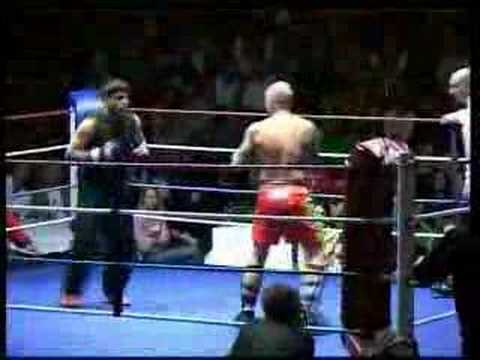 Rest in Peace and eternal respect for Ehsan Shafiq.