Any UGer Want to Corner Julianna? 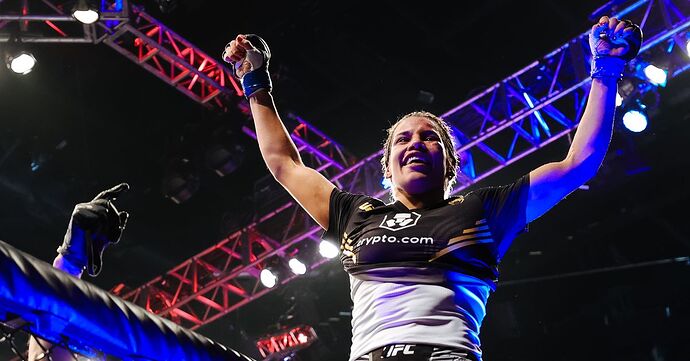 UFC 277’s Julianna Pena to have fan in corner as part of ‘Super-fan NFT...

Julianna Pena has already made history with her most recent performance. Now, she’s aiming to do so in a different fashion, inside and outside of the Octagon.

In recent years, mixed martial arts (MMA) has seen a plethora of odd cornerman choices. Atop the list is names like D.U.S.T. Commander Dale Brown, Mike Perry’s girlfriend Latory Gonzalez, and alleged con artist Joshua Fabia. Pena isn’t quite going down the exact same path by bringing in someone of the names mentioned, but she is doing something different.

Partnering with Antic, Pena is starting a new super-fan Non-Fungible Token (NFT) project, allowing fans to have access to an Ultimate Fighting Championship (UFC) champion like never before. Some of the several perks include cornering Pena ahead of her upcoming rematch with Amanda Nunes at UFC 277 on July 30, 2022.
“This is super fan’s opportunity to be a part of my fan club, basically,” Pena told MMA Mania. “You’re going to get to see exclusive video content, pictures, things that — there’s a ton of stuff that I don’t share on my social media, and it’s probably because I’m more on the reserved, private end. But if these people join my superfan club, they’re going to get to see behind-the-scenes access, things that nobody gets the opportunity to see. Really special stuff that I want to be able to share with people that are actually truly a part of my fan club that are actually really down for me 110 percent, people that are committed to buying this and being my fan, and I’ll know that because they’ll be a part of it, they’ll be a member.

“One lucky member on this special drop will get the opportunity to walk out to the Octagon with me,” she continued. “This has never happened before. They’re literally going to get to experience being in the back room, walking out to the corner, being in my corner, and basically being there and experiencing it in real-time. The only thing that they’re not gonna have to do is get punched in the face.”
To decide the winner, Pena has a team who will put together a raffle of all names participating. The one lucky winner will then have to pass a background check.

Other perks of being a part of the “Venezuelan Vixen” fan club include being a part of a cigar club, having the ability to join in on her training camps, and even training directly with her. Hell, Pena is even allowing options such as taking her to the movies, deciding her clothing, walkout song choice, essentially any and all day-to-day life choices.

The winner was announced today (Mon., June 20, 2022) on Twitter.
“Yes [it was difficult],” Pena said of giving up her privacy for the project. “It still weirds me out. But, I gave it a shot the other day and I was like, ‘What shirt should I wear? Notorious B.I.G. or Metallica?’ and the fans said Notorious B.I.G. so the next day I wore [it]. I guess this is gonna be how it is, ya know? Like, what color should I paint my nails? But it’s kinda cool because, to be quite honest, aside from my daughter, and aside from my daily camp, I’m pretty lonely! So to be able to interact with my fans and kind of have them a part of my daily life, I think it’s gonna be pretty cool and I think it’s gonna be welcomed just because I’m bored. I have no balance in my life besides fighting and my daughter. So if I can get a little bit of input from some people who truly, truly care about me and want what’s best for me, then yeah. I’m gonna listen and I’m gonna welcome that and it’s actually kind of exciting.”

At UFC 277, Pena will look to successfully make her first defense as Bantamweight champion. Standing in her way once again is the Featherweight champion whom she defeated to become a titleholder, Nunes.

After a stint as coaches on The Ultimate Fighter 30 (TUF), the pair have had plenty of time to continue assessing each other beyond just the in-cage aspects. For Pena, the expectations of her opponent from fight to fight are going to be massive.
“I’m expecting a million differences from her,” Pena said. “She went back to the team that got her a win with Ronda Rousey, she closed off her camp, she went back and watched that film and saw a lot of great things that she did in the first fight. She saw a ton of successful things that she had done very well. So, I can imagine she’s going to look at that and say, ‘Okay, this is what I did really well, this is where I messed up,’ and try to go fix all those errors that she made.

Pena’s crowning moment over Nunes at UFC 269 in Dec. 2021 goes down as one of the greatest upsets in the sport’s history. Weathering an early first round storm, the Spokane, Wash., native rallied in round two, exchanging big shots and hurting the then-double champion.

Ultimately, Nunes was overwhelmed by Pena’s relentlessness and was forced to tap after getting stuck in a rear-naked choke submission (watch highlights). With Nunes having made several changes in her preparation for the rematch and not acknowledging the result how Pena anticipated, it only acts as all the more motivation going forward. 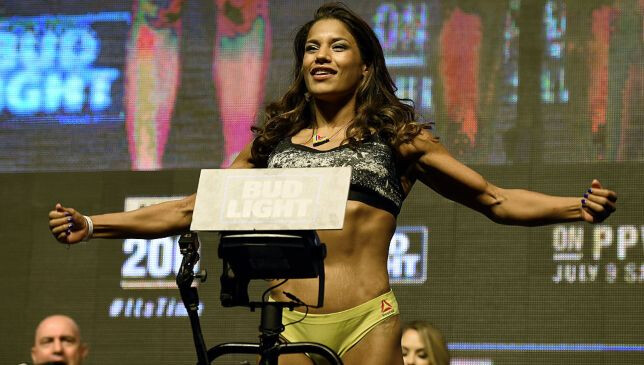 And you know what those WMMA chicks will do to you if you’re in their corner.

And you know what those WMMA chicks will do to you if you’re in their corner.