It’s just impossible to say they’re good for mma when mma is such a large sport and leg locks so rarely work. Thousands of matches a year with a very small percentage ending via leg lock. No way to know, but I’d guess guys lose going for leg locks at least as much as they pull them off. Mma is too punishing to use such low percentage submissions.

It would be interesting to see more of this current generation of top grapplers and leg lockers transition to MMA and see if they can make the leglocks work. Past generations weren’t as good with them.

I don’t have high hopes. You just can’t sit in front of or under someone with both arms occupied and not expect to get blasted in the face. I’m sure they’d hit one occasionally but more often than not I think it looks like Ryan Hall’s last fight.

I think it all depends on who is applying the leg locks and vs who.
Frank Mir vs Ian Freeman- didn’t work out for Mir
Frank Mir vs Brock Lesner - Mir won
Ryan Hall / had wins & losses
Marchin dHeld wins& losses
Phalares wins and losses
Not sure but I think Arlovski beat Big Tim Straight ankle lock for belt??

there’s a reason why it was banned from the kodokan and shunned from the original bjj matches. pulling guard and spamming leglocks is dishonorable 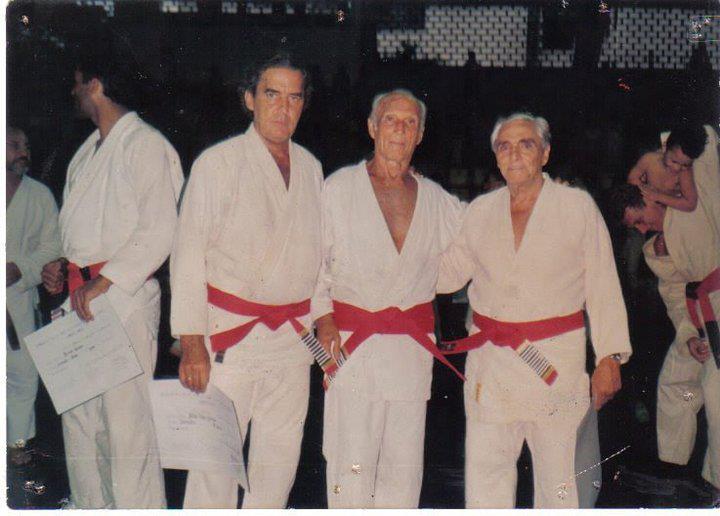 10th degree red belts are reserved for the true pioneers of Brazilian Jiu-Jitsu. Only a few have ever been awarded, and all to members of the Gracie family. This would be completely understandable and acceptable if the Gracie family had a monopoly on...

As time went on, Fadda became well-known for his use of leg-locks. At the time, leg-locks were very looked down upon in the grappling martial arts, often being referred to ad the “dirty little thief” of submissions. The Gracie schools at the time even referred to them as “suburban” techniques, in order to imply that they were techniques for the poor and lower class individuals.

Eventually, Fadda issued a challenge to Helio Gracie’s school. He famously stated, “We wish to challenge the Gracies. We respect them as the formidable adversaries they are, but we do not fear them. We have 20 pupils ready for the challenege.” It was a bold statement for the time, and [continues to be popularized]. Helio accepted Fadda’s challenge and set up the matches at his own school.

Fadda’s team emerged victorious, winning 19 of the 20 matches. Most were said to be won by the use of leg locks. Witnesses to the events stated that Helio’s students would shout “sapateiro” at Fadda’s students when they would attempt a leg lock. It translates to “cobbler”, which was considered a poor man’s occupation. It is rumored that this is why reaping the knee remains illegal in competitions today; that it is a left-over rule made after the Gracie school’s loss to Fadda.

I think you’re thinking of 2 fights ago. He used sweep-first grappling to win a pretty clear decision his last fight

Lol. Anyone who says leglocks are viable in MMA (outside of infrequent occasion) are fucking morons and have no idea what they are talking about

Top control is more applicable to real fighting with GnP. Leglocking pussies want to cripple someone for life with no repercussions and deserve to get KTF

Lol. Anyone who says leglocks are viable in MMA (outside of rare occasion) are fucking morons and have no idea what they are talking about

Lol. Anyone who says leglocks are viable in MMA (outside of rare occasion) are fucking morons and have no idea what they are talking about

Well fuck, look who finally decided to joint the discussion

Martial arts are codified systems and traditions of combat practiced for a number of reasons such as self-defense; military and law enforcement applications; competition; physical, mental, and spiritual development; entertainment; and the preservation of a nation’s intangible cultural heritage.

If its not a martial art, is then Gordon Ryan the top tennis player in the world? HMMM

Ok sure. But we say “only grappling techniques” and i shoot in for a leglock and you try to KO me then it’s not within the rules of the contest.

This thread turned into so many terrible takes about subjects that are above some of your pay grades. Of course leglocks don’t work in mma when you suck at them

you’re only allowed to use leglocks from the bottom after being taken down or swept, otherwise your family will be exiled to roam the wilderness

Who is killing it in mma with leg locks? I’d love to hear it from someone at your pay grade.