I think the only times you’ve ever addressed me, you’ve asked me to tell a racist joke. Not going to happen. Not funny to me.

Other than that, I’m a 14-year Vegas resident and happily outdrink every colleague every chance I get. Not a big powder guy, but there’s a story behind it. Happy to kick it with you anywhere, but it’s not starting with a racist joke.

I also gave the option of a sexist joke, Im not close minded buddy. Its all friendly fire here. You said you lurked back in the day. I can’t see how a fan of the sport with a journalistic mind can ever hang out for this place in simply lurk, so why don’t you spill the beans and give us something. What name did you lurk under? I guarantee you used to let your freak flag fly down here and you made some kind of bold, obscene, controversial, or just straight-up boring posts. So why don’t you level with us a little bit and get a little love mud on your dick. Give us something to embrace you by homie but we’re going to have to keep making shit up and I know you don’t want me to bring my boy @BoydBucky in the house, we’re going to have to go tag team on your ass and say whoomp there it is! So throw us a frickin bone here pal. It’s getting harder and harder for me to make you seem interesting on a daily basis, and Im a creative mother fucker. Personaly you should have been doing push-ups like Jack fucking LaLanne at home. Then at the next press conference, shut Colby the fuk up.Help me help you! Help me help you! Kisses on your pink parts, XOXO Hybrid_jon

I can always recognise John at events when I visualise a sea of aqua blue splashed somewhere in the front row at every event.

You love that goddamn shirt, John. I love it too. Reminds me of summers, swimming pools. 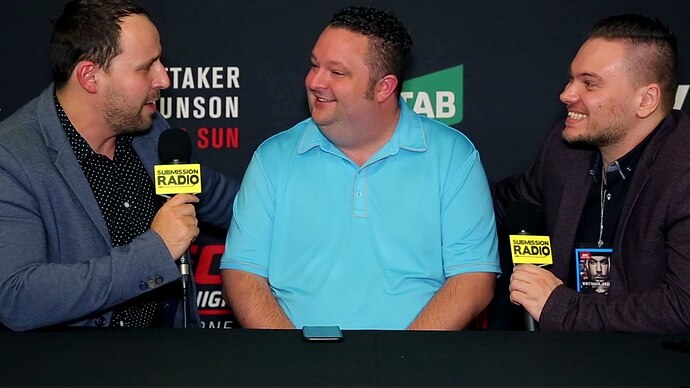 Being described as “stuck to Dana’s balloon knot” isn’t exactly inspiring me to jump in here, but I can tell you that @dfw.jr still has much respect for this place and has talked to me about posting in here again. I hope to see it happen soon!

But is he in here reading on a daily basis and likely to see your threads on a random basis? No. He’s a little busy. Lol.

The one talking about paying for the operation of that little kid, from Thailand. Saving her life. I think someone informed Dana about her, on here, and he responded.

The one just before the Fox debut, with Cain and Dos Santos. He made an OP saying ‘we made it’. So I think that was Nov 2011.

There might also have been one, the time he was set to fly Bloodstain Lane, out to Vegas to fight/spar him at boxing.

Was it bloodstain or squat?

Was it bloodstain or squat?

Oh yeah, I might be getting them mixed up. He did say that to both of them. I cant remember if both on here, or other media.

Squat dog got the worse of it from the board

Ok if Ur not gonna tell us a racist joke.

Tell us what you think of Wmma as a whole?
And if u find it entertaining

Also which Wmma Chick would u like to get a pair of used lycra fight shorts and wash them in Ur mouth with.

Dana I know you read this already. Respond you goof.