Bisping: Anderson Bout Was ‘As Good As A World Title Fight’ 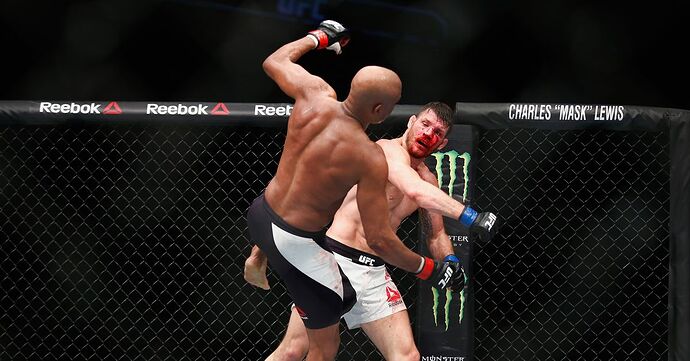 Michael Bisping: Anderson Silva bout was ‘as good as a world title fight’

Michael Bisping made a career-long dream come true when getting to compete against Anderson Silva in 2016. 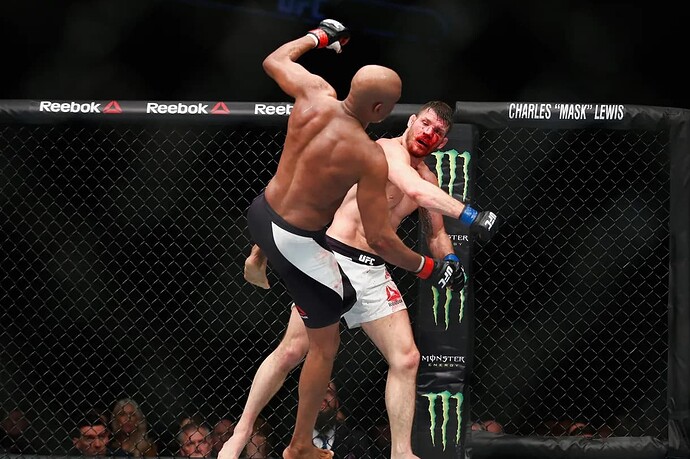 Michael Bisping always envisioned a potential showdown with Anderson Silva being for the Ultimate Fighting Championship (UFC) Middleweight title. Instead, it came on his road to said crown.

Silva is widely considered the greatest Middleweight competitor in mixed martial arts (MMA) history because of the dominant 16-fight unbeaten streak he went on as champion in UFC from Oct. 2006 to July 2013. Dethroned by Chris Weidman, three years later and Silva found himself matched with Bisping in London, England.
“Obviously for me, fighting Anderson Silva, that was a huge deal to me,” Bisping told MMA Junkie. “I’d never fought for the belt back then, didn’t think I was ever gonna get the chance. Obviously with my eye injury and my window of opportunity closing and my window of vision closing, as well — pardon the pun.

“So when I got the opportunity to fight Anderson Silva, for me, this was as good as a world title fight,” he continued. “I looked up to and I admired Anderson Silva so much, but I always thought I could beat him. I always thought I had a good style. I thought I had it figured out, and I wasn’t afraid of him.”
By this point, “The Count” had regained momentum putting together a two-fight winning streak after a spotty alternating of wins and losses in seven bouts from 2012 to 2014. In one of those losses, Bisping suffered permanent damage at the hands of former Light Heavyweight champion, Vitor Belfort.
Despite his success against Silva, Bisping still was forced to dig deep during one of the sport’s most dramatic moments. In the end, Bisping won via unanimous decision before going on to dethrone Luke Rockhold at UFC 199 later that year.

“The fight was going well, kind of dropped him in the first round, dropped him in the second round, landed some good ground-and-pound, and the third round was going my way, as well,” Bisping said. “I was doing good then Anderson catches me with something, my mouthpiece flies out — this is my bad eye (points to right eye), so Anderson’s in front of me, and I’m backing away, and I know the rules.

“I have to wait until there’s a lull in the action and for my money, there’s a lull in the action, and I’m backing away, and I’m like, ‘I’ve got no mouthpiece in,’” he continued. “Anderson’s coming on the attack, but I’m backing off, so I turn and I look at Herb Dean and go, ‘Herb, my mouthpiece.’ And I point at it on the floor, but as I said, this eye doesn’t work very well, so when I turned there, Anderson’s there (right side), and I couldn’t see him, and then when I looked back, Anderson’s in mid-air, boom! Lands a beautiful flying knee

I was there that night. It was bloody great.

Yeah. Mike dropped Anderson too. Even after Mike was destroyed controversially, he still clearly beat Anderson. Everyone can say what they want. Michael is one tough motherfucker.

Michael is one tough motherfucker

Warrior. London crowd at the O2 was awesome too.

bisping was on the ground dazed and not defending himself, his mouthpiece was out, his hands were on the ground and he was spitting blood

Iirc the knee was a split second after the bell? Or no?

Not forgetting the bell rang for the round right at that point too and saved mike.

It was Anderson’s fault not herb

Bisping was fucking KOd and allowing to recover, herb fuckd it up, period, as he has many many high profile fights because of his fucking ego

herb fuckd it up, period

Well he’s universally renowned as one of, if not the best refs in mma history so you get your opinion. But it’s just your opinion not a fact with a .period

Anyone who claims Anderson was robbed clearly has some sort of bias. It had more to do with the circumstances than anything. Anderson was only able to land the knee at an opportunistic moment and he landed it too late in the round. Thats all there is to it. Imagine ‘knocking out’ your opponent and having him win the very next round 30 seconds later. Either Anderson wasnt the finisher we thought he was or Bisping wasnt as hurt as everyone thought he was.

herb fuckd it up, period

Well he’s universally renowned as one of, if not the best refs in mma history so you get your opinion. But it’s just your opinion not a fact with a .period

Lol…Herb has been a train wreck for quite some time.