I joined the Underground in 2000 as ‘exjudoka’, then switched over to the username ‘Stephan Kesting’ in 2004. Moral of the story: I’m bloody old now (52), which is why it seemed appropriate to let you all know that I’ve got a new instructional out called BJJ for Old F***s.

It is exactly what it sounds like. A collection of techniques, strategies and training methods for older grapplers hoping not to break their bones or snap their tendons while rolling with younger punks on the mat.

I collaborated on this with Rob Biernacki, who is really good at conveying conceptual jiu-jitsu.

Anyway, if you’re interested you can check it out at grapplearts.com/bjj-for-old-fs/ 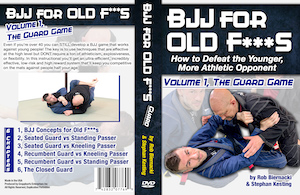 Here are some previews… 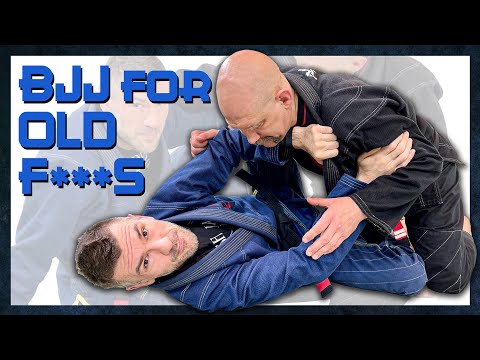 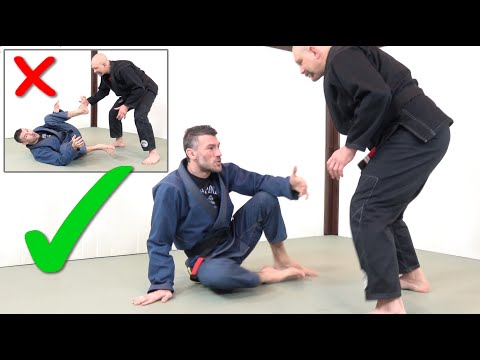 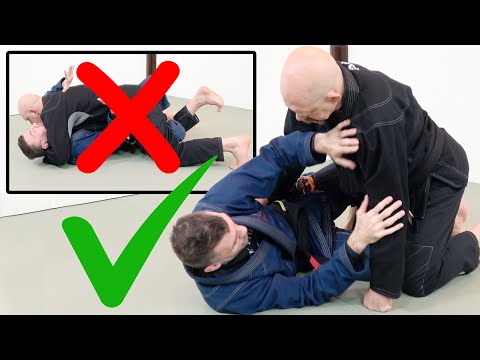 I got a black belt in Bush Kill

As 52 year old, I feel like I should’ve been consulted!

Interesting l learned alot of seated guard with Marcelo years ago. He is explosive as hell but doesnt want folks smashing him. He hates being on his back and half guard.

Maybe competing absolute helped him develop this way as early on he actually played half guard.

So some relation between playing old BJJ and playing vs bigger stronger folks.

I think there’s a lot of truth to that. Also as Rob points out in the ‘Why Older Grapplers Should Play Seated Guard’ is that if you start by lying flat on your back against someone standing then you have essentially conceded the engagement phase of guard, meaning that you have to reactively do guard retention until you get your own grips. By starting seated you have a better chance of winning the gripfight than you do of leg pummelling your way into an advantageous position.

I agree with that up to the point of engagement.
My instructor used to call that “beetle guard” because a beetle looks pretty helpless there.
I speak as both an old and small person
After that you need to be careful of his knee drive pressure.
Once engagement occurs, I like to be able to use my feet to maintain distance. As a small person you just have to have sensitivity that he doesn’t hip heist your feet too high.

The 1/2 guard stuff with the elbow tight…is straight out of Saulo’s old dvd, but you do have to be super proactive of darces.
Also it’s a good time to make sure you keep his free knee pushed out so it’s not easy for him to turn to face your legs and lay across your diaphragm. Also by scooting down in the direction of your tailbone, so that your knee is coming to your chest, You should be able to look between his knees and your head is not sticking out past the side of his torso. He’s on point with turning a bit to your side though and that’s my goto position in bottom side control and why this is my favorite side control escape against larger people: 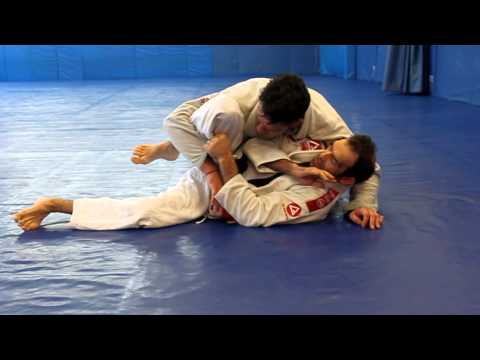