My warning was these comments

I care more about that random Indian recovering than Matt Hughes.

Matt Hughes sliced open the body of baby animals so he could laugh as they run around while their organs fall out.

Matt Hughes is a piece of shit.

Straight out of South Park 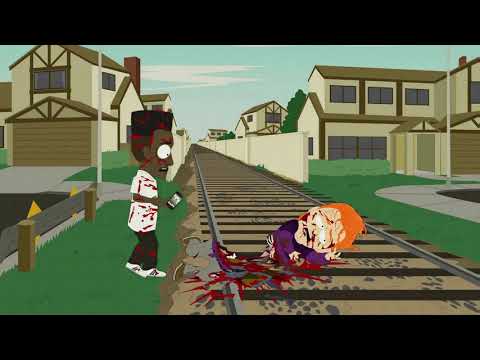 Is that true? If so that’s beyond fucked

Later it gets even more disturbing when he describes mutilating a live baby piglet by cutting off it’s testicles, and throwing them at a friend. For good measure he slits it’s stomach open as it screams wildly to “freak his friend out.” After he and Mark brutally torture and kill a dozen or so baby pigs, solely for entertainment, they starts throwing their testicles and body parts at each other. Matt even now still seems amused because his friend looked like he was going to vomit.

I just bought a copy of Matt Hughes book, and am in 3 chapters already. It is borderline unbelievable. I figured from all the FRAT postings that not everyone on the UG is a big reader, so I'm doing you all a favour. I'm reading it for you and providing a synopsis, chapter by chapter. As astounding as some of this sounds, everything I post is actually in the book. Here it goes: Chapter 1 Matt talks about growing up on a farm, and what repulsive little brats he and Mark were growing up. To this …

The train should have threw it into reverse and ran over Hughes again for good measure.

Hard to feel sorry for ole dumbass making a like me vid.

That guy was just an idiot.

Matt was trying to commit suicide

Matt was trying to commit suicide

Wow he really tortured animals? What a sick fuck.

Aside from the animal cruelty stuff, I remember reading a story from Joe Riggs years ago talking about him and his wife running into Hughes sometime after their fight and after a saying hello, Hughes said something like “nice to meet you, I’m the guy that beat up your husband” or something like that. Lol fuck that dude, I’ll save my sympathy for good ppl that go through tragedies.

yeah thats not a suitable level of warning.

Really? I thought he was speeding to beat the train at the crossing.

This generation of kids are real fucking retards

A broken clock is right twice a day. I didn’t know Matt Hughes did this but I’m not surprised. He always seemed like a piece of shit.

I always thought he probably was but I never saw it confirmed.

Doing it is already bad enough, writing a book about it and feeling none of it is wrong is another level

I never get the “Absolutely no one” part in memes

That guy is lucky if he ain’t dead or badly concussed now!

His leg could’ve got ripped right off after the spin!