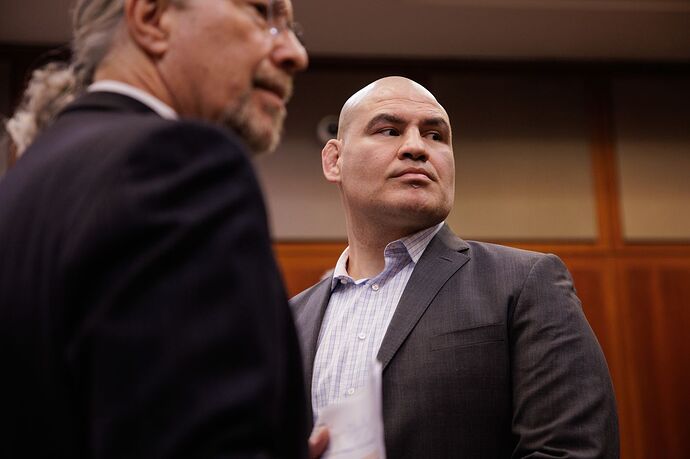 Cain Velasquez will be allowed to participate in a professional wrestling match in Tempe, Ariz. on Dec. 3 after his request was granted in a special hearing on Tuesday.

Judge Arthur Bocanegra, who also granted Velasquez’s release on $1 million bail after he spent eight months behind bars, ultimately sided with the former UFC heavyweight champion while giving him special permission to leave the state.

“Based on the information provided by pre-trial services and all the information that has been provided to the court regarding Mr. Velasquez’s request to travel to Arizona, the court is going to grant the request over the people’s objection,” Bocanegra said during the hearing.

As part of the conditions of his temporary release, Velasquez will have his GPS monitoring device removed while he’s traveling to Arizona but he’s required to coordinate with authorities to have the device put back on again once he returns.