I don’t know, I am thankful for the years of “entertainment” Charlie Z has provided! Takes disillusion to the next level and it is entertaining!

This guy is going to murder someone some day pretty soon.

murder them with technique

Thank you for all the entertainment champ. Hard to believe after all these years he is still on the street

The guys filming him don’t get enough criticism. It almost seems like a bum fights situation.

And you call yourself a master…

Without reading this thread or the op…

Wasn’t aware of this thread and posted on the OG earlier today about Shannon Briggs trolling him for at least a few months now. I see one of the videos was posted above. Sounds like Charlie may be getting layed down again in the near future. Dude is a combination of being a huge asshole and being whacked out of his mind. Even Charlie Z’s cameraman sounds like he’s just entertained by this whole thing. Charlie Z suffers from some severe megalomania complex. It’s actually fun trying to figure out what makes him tick. I can’t imagine what this boy is actually thinking. Shannon Briggs actually offered to set him up in a celebrity boxing match to make him some money and he declined. He only wants to compete in his made up underground boxing league which consists of him sucker punching unsuspecting individuals and claiming victory, or running away as soon as he finds himself in hot water while hopefully landing a second sucker punch on his way out. It’s incredible that he not only holds himself in the same regard as the greatest fighters in the world, but he actually believes he is somehow beyond them. He doesn’t even seem to care about money. He’s just desperate for the fame.

Fucking crazy is just crazy.
I’ll give it to guy for the wilder deal.
Well said ho.
If this shit wasn’t real there is no way I’d believe it. But it is. We have been witnessing it for years.
Car wreck after car wreck

Seems he is at it again. Just read he sent a diamond ring and box of Plan B to her.
That’s hilarious

This is Charlie’s one and only real boxing match. 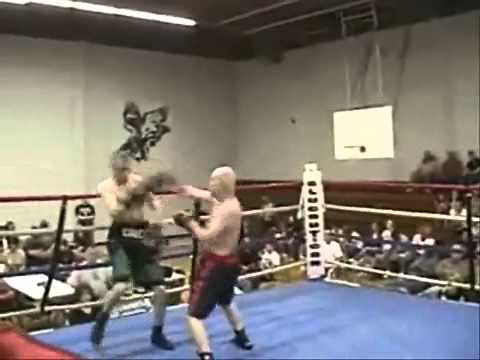 It’s not a “real” boxing match if it happens in a ring.
The “real boxing” is when u hand gloves to guys in the street

Notice Charlie never talks shit on Datsik, Crazy people are scared of crazier people, Charlie knows Datsik would beat him down and drag him through the streets of LA.

Notice Charlie never talks shit on Datsik, Crazy people are scared of crazier people, Charlie knows Datsik would beat him down and drag him through the streets of LA

Charlie hounded Deontay Wilder until he agreed to fight. I doubt he would be scared of some morbidly obese russian sling blade stand in.

This, he wilted quick but legit didn’t straight give up… Dudes crazy