Khamzat Chimaev has been very busy on Twitter over the last 24-hours. 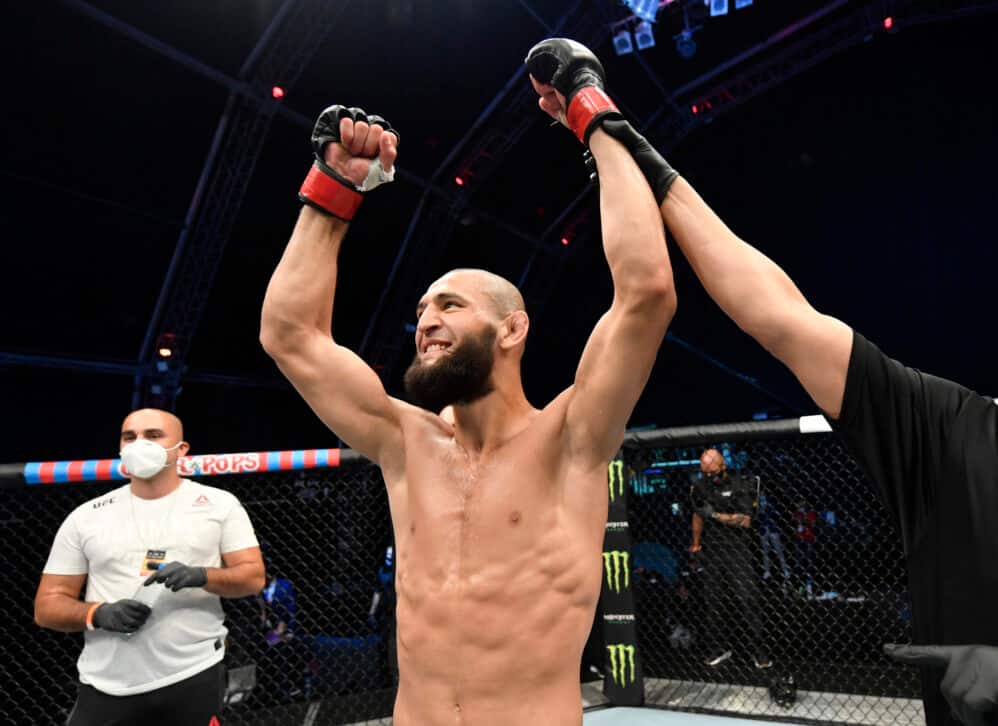 Khamzat Chimaev was a busy man on Twitter recently in calling out all sorts of UFC legends and current contenders.

This is one of the reasons I’m really liking this guy. He’s down to fight everybody. I’d love to see him wrestle DC. I’m sure DC would win but I’d like to see where Chimaev is with his wrestling.

So he’s called out a guy who’s retired, a guy who’s not even in his weight class, and a guy who would beat him.

I’ll give it to him, he is playing a real good heel. Must have been watching a lot of rastlin lately.

This man believes in himself, the fact that he travelled to Ireland to fight McGregor on site.
this was before he was even in the UFC.
He was detained by the customs officers who wouldn’t let him in the country.
This speaks volumes about his fighting sprit.

Yes, he’s ballsy lol. That said, he is lucky he made it out of there alive or with the physical ability to still have a career.

How is Colby a bitch? Dude fights top tier competition and fights them well.

Just another inbred retard who can fight it seems.

KC and Colby are both important in the MMA sphere. Now more than ever.
Pathetic, fat old has-beens fighting in a triangle are getting million dollar paydays.
They both know that their livelihoods are being threatened by gimmicks and youtubers.
Good on them .create the heat, get the interest going. The sport is under attack right now, these guys need to step up.