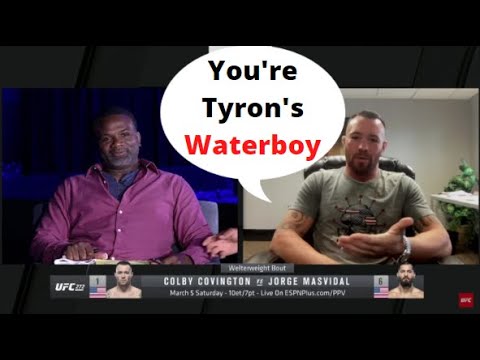 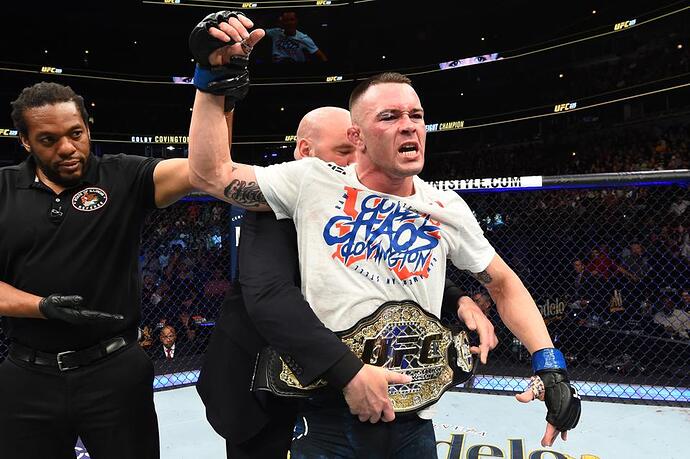 Not as a fighter, but as a coach. That’s just comparing apples to oranges.

Lol, even Colby knows that belt is fake news. Am I mistaken or was it him who took it off and threw it to the floor saying it meant nothing and he was coming for the real one?

Din is a legend. And an all round sound bloke

Yet another stupid comment from this guy. You stupid or something?

It’s cute you remember me! I haven’t got a fuckin clue who you are though sorry

You’re part of Team Terrified Queer, everyone knows you on here.

Theres only like 15 or so of you guys on here. (prob 3-4 with fake accts actually)

It’s amazing so many so called “hardcore” fans don’t understand his schtick by now.

And it worked. He got another headline

Dude is an incredible,. incredible fighter. So is Usman.

Colby is the person after the last Usman fight. Nothing more. He puts on that act, doesn’t do a great job at it, but some people.fall for it. And that sells some fights. Fuck, as a fighter, you better respect he is trying to make both of you money. He stated so after that Usman fight.

Gotta respect that And the masvidal fight, will only be personal for show. They will both go way over the line to sell, but they both know and expect that. And at end of day, it’s about that paycheck. When that fight is through, I hope they have some laughs together somewhere, the fight game is and should be collegial. Even if appears otherwise.

He will probably have to apologize for that remark.

Colby is like that guy who just says stuff and people laugh but eventually he’s just not funny anymore.

Din would bish slap him.

But he was right here. Din was being two faced, sort of. I like Din quite a bit but he’d have nothing for Colby in a fight.

A lot of people chose not to be a douche hole, and talk shit about everyone. Because they chose not to that big of a cunt

Lol Din wouldn’t do shit cause he is to nice of a guy. Plus Colby waxes him if he did

Colby waxes him if he did