“The ego problem was a whole different situation. Its not even worth getting into but we got past that. He had lost two in a row there I think at one point you know, we could have parted ways with him but we didn’t. We stuck with him and now he is the world champ.”

Dana’s spin in the media is sometimes laughable. Does anyone think for one second UFC would consider cutting Francis after the Lewis fight? Ngannou had already finished six UFC fights at that point including back to back quick KOs of Arlovski and Overeem. There is not a HW on the planet the UFC wanted to retain more than that guy. Dana spun it like the guy was Jared Rosholt and UFC gave him another chance out of the kindness of their hearts. You have to laugh at “we could have let him go” like he was Jared Rosholt or 46 year old Roy Nelson.

Dana does claim the real issue was with someone in Ngannou’s management going back on a deal (sounded like a verbal agreement). Started from the beginning, made it 3 minutes and had to skip to what you were talking about. Couldn’t listen to another Dana sales pitch lol.

But make sure to buy the PPV now, not when 3MM people are all buying at once Saturday!

I just need to get on the app and do my McGregor Fast workout and then have my breakfast of Proper 12 Irish Whiskey and then I’ll get right on that PPV ordering, don’t you worry. Tempted to pickup some Corn Nuts and Devour Pizza, the official frozen pizza of the UFC, for the big fight as well, so tempted.

He had lost two in a row there I think at one point you know, we could have parted ways with him but we didn’t.

Wash that octagon pizza down with some Modelo™️. 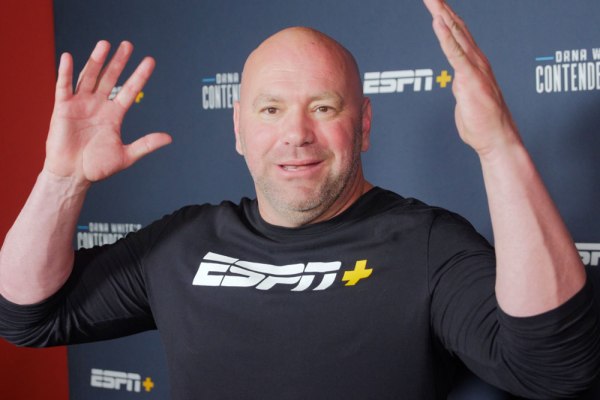 I totally would have cut him, he lost 2 fights in the UFC and I mean look who he lost to, Stipe and Cormier. A fire fighter and a fat light heavyweight. Absolutely not the best competition to lose to.

Right I was thinking black beast, another fat black guy, I mean they all look the same anyways

Not really, but you’re a dumb fuck so that explains everything

Ouch you hurt my feelings now, such witty name calling, but I think the only dumb fuck is perhaps you that couldn’t see sarcasm if it gang raped his ass