Not sure when this was taken but he suffered a fairly serious stroke and lost a lot of weight. Last I saw him he looked better but still working in some things.

Not only that,but he has had a liver & kidney transplant.

Here is his wife Sally. 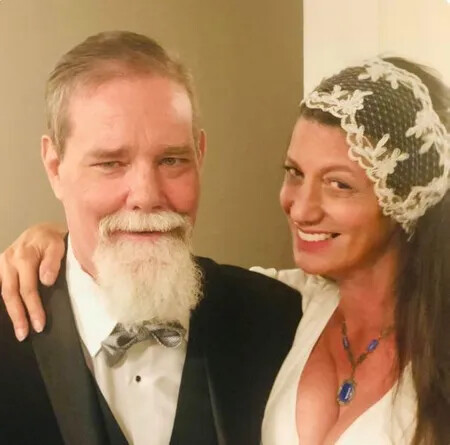 Tank has said he has been wise with his money, Tank did really well in WCW in particular. Eric Bischoff loved the crossover and paid Tank a shit ton of money.

So much so in a shoot for Hannibal.Tv Hannibal and Tank didn’t discuss exact salaries but did discuss how Tank was actually topping Ric Flair on the payroll for his time in WCW. This is both a testament to WCW’s stupidity and the amount of money Tank made has to be at least 2 million… 2-4 million.

They didnt even use him the last year or so and he still got the check.

Flair is making a hell of a lot less than I thought in WCW at that time? That’s about 2.5 mill than for Tank?.. Hall, Nash and Hart were getting 3-4 million for 3 years? I figure Flair would have been a shit ton.

WCW didnt have a pattern down and threw out some whack ass contracts. Weird guys made more than an veteran like Arn Anderson for example. 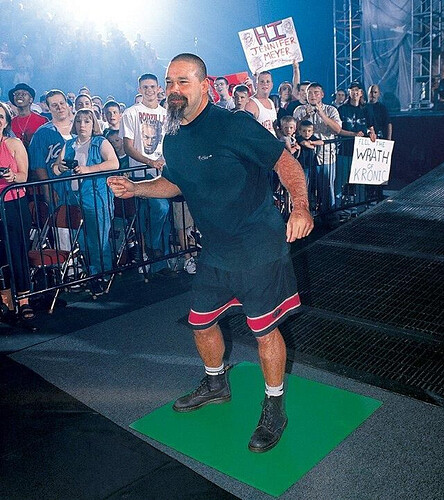 As much as I thoroughly enjoy playing with cheddar man’s emotions I’m pretty certain there have been several stories told about Tank and his Pursuit of man sex told on here. And if Shan says David Abbott wanted to perform un-natural acts with him, Id be inclined to trust Shans man-sex intuition…