Before the UFC was founded, the legendary Gracie Family challenged various other styles of martial arts styles to prove the superiority of their evolution of jiu-jitsu. With the advent of the UFC and the sport of MMA expanding into what we see today, some few, brave traditional martial artists still want to see if their style works, via dojo storm.

One day a Kempo Karate black belt entered Nam Phan’s MMA gym, and issued a challenge to spar with the UFC vet, to test his Kempo, and get a taste of what it’s like face a professional mixed martial artist. The agreed-upon rules favored the much larger karate man. The first three rounds were to be contested in kickboxing, with shin pads, headgear, and large training gloves. The last three were to have been in MMA; it never got to there.

The particular method of defending against punches hinges on distance from the opponent. Firstly, throughout, keep hands up, elbows in, and chin down. As the opponent approaches, distance manage. A little closer and you will have to block. However, a little close still and blocking no longer works as the opponent is inside your reaction time, so head movement is necessary. Any closer still and it is time to clinch. Nam Phan does all this expertly. The black belt does literally none of it.

The hapless black belt has chin up, hands down, and elbows no where. He is clueless about distance management, blocks most effectively with his face, the only head movement he has it fading straight back which courts disaster, and he doesn’t know an underhook from fish hook. And that is his defense; the offense was as terrible, with the man unable even to sit down on his strikes.

It may look as if the black belt is doing ok, but he isn’t. He makes it through the first round because Phan looked at the session as sparring, and was downloading all the information he needed, while landing controlled shots. In Round 2, rather than smash his face, Phan ends it with his signature liver shot. 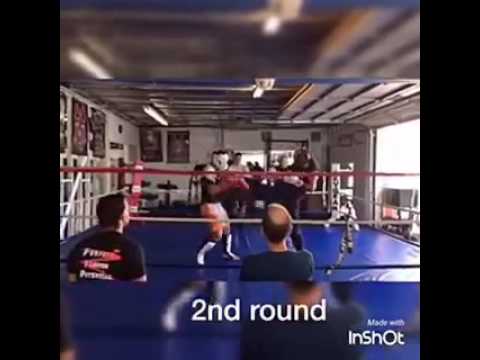 After the challenge was over, the Kempo stylist announced he would like to train at the academy.

Nhat Nam Si Phan (born March 13, 1983) is a retired American mixed martial artist. A pro MMA fighter starting in 2001, Phan, who has competed at bantamweight, featherweight, and lightweight, is a veteran of the UFC, Bellator MMA, Pancrase, WEC, Strikeforce, and was a contestant on The Ultimate Fighter: Team GSP vs. Team Koscheck. In addition to his many MMA accolades, he holds black belts in karate, judo, Brazilian jiu-jitsu, and Viet Quiyen Dao, which is a fusion of Karate (from Okinawa), Taekwondo (from Korea), Muay Thai (from Thailand), and Aikijitsu (from Japan). He is the owner and operator of the great Nam Phan MMA Academy in Garden Grove, California.