Another early picture of Tank at UFC Ultimate Japan.

I wonder how that version of Saku would've done against those versions of Randy and Frank.

I have asked and never gotten a response.

I have heard claims that Tank was an NJCAA all american wrestler.

Ive been close to the sport for a long time particularly the southern cal scene. I’ve never heard he was an all american. But definitely savvy in wrestling. He started as a kid.

I have asked and never gotten a response.

I have heard claims that Tank was an NJCAA all american wrestler. 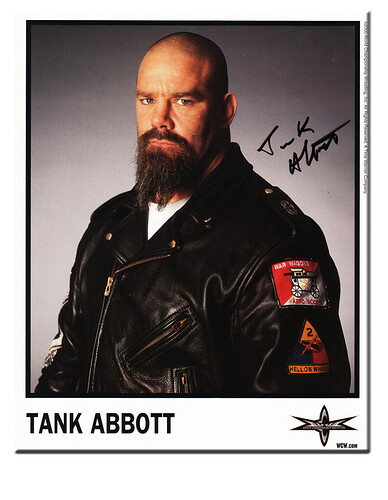 It is claimed on wikipedia.

A 18-20 year old tank was probably a maniac and freak athlete.

California Junior College wrestling is the same season as Football oddly. It also ends at our state tournament and not at Njcaa so for whatever reason they give AA certificates to our top 6 jr college placers in state.

So it’s possible he was an All American at Cypress but I am Not sure because he may have played football instead. He definitely wrestled in High School. His Dad was a jc Football coach though so I would assume he balled.

Heh, I remember the days where that picture was CURRENT on here. Before even I(!) was posting. HA!

Yes and this is what is largely
Missing now. Back then you had specialists fighting specialists …it would be Gracie bjj vs sambo or Greco Roman wrestling vs kickboxing. Sure, these fighters were learning the other disciplines but they stuck to their primary style. These days you have guys that are so well trained across all styles that it kills the intrigue .

I found the first three years of grappling and the first year of fightsport in one of my storage totes and scanned the article the pics are from. This is from the second issue of fightsport. 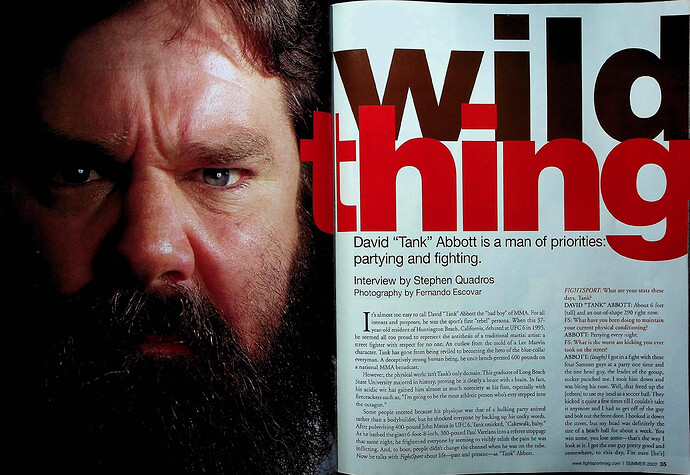 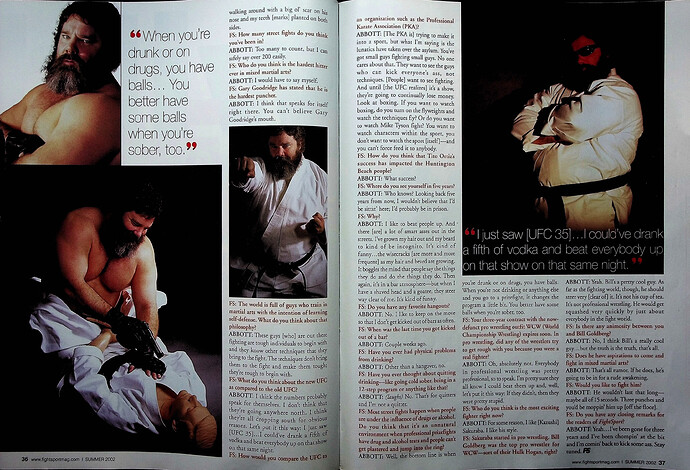 You`re amazing with the old school stuff De Braco.I also had that picture on the far right at one time.

Titos head before hgh
So much smaller

Indeed, as big as a watermelon now.

This was the kirik article i mentioned from the same issue as the tank pics. 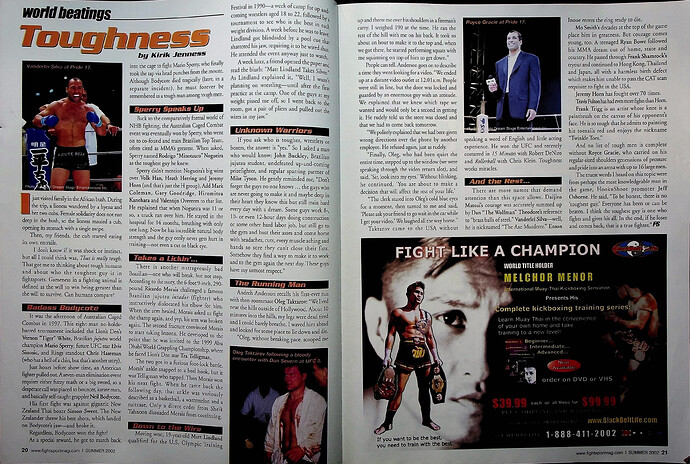 So Kirik actually has writing skills.I thought that he copy & pasted or had someone using his account on alot of his threads.

What was supposed to have happened?

What was supposed to have happened?

Supposedly Rogan and Quadros got into a altercation in a bathroom & Quadros lit Rogan up.It was a rumor for years and years.Rogan was shown on the PPV broadcast with two black eyes & rumors started that it was because Quadros gave them to him,when in reality,it was probably Rogan that had recently had deviated septum surgery that caused them.