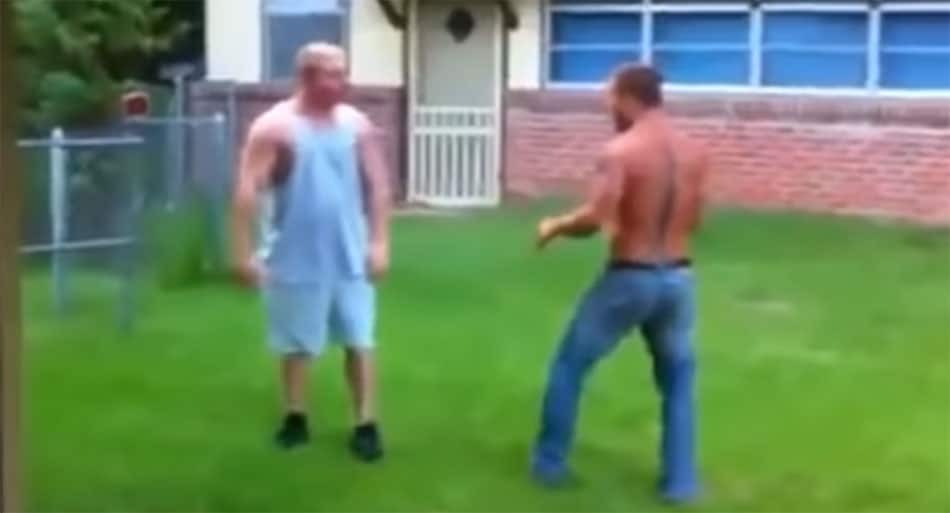 Facebook creeper shows up at girl's house to holler, gets destroyed by pissed...

Watch aas Facebook creep gets smashed by the MMA trained boyfriend of a woman he slipped into the DMs of.

The Neolithic Period called. It wants its clip back

At this point I think its a troll. Everyday there’s another 10 year old video being posted

I was pretending to be my girlfriend…

How on earth can you can hit someone so many times and they just walk away like that. LOL.

That guy had pillow hands. If the fight was in the squid games Homer would have won after girlfriend giy died of a heart attack

That guy had pillow hands. If the fight was in the squid games Homer would have won after girlfriend giy died of a heart attack

Pillow kicks and knees as well.

If Homer had any sort of ground game girlfriend man would have been fucked. Giy was on the ground a couple times and Homer only needed to jump on him and throw sloppy punches

Homeboy in the tank top hardly even threw any punches.

Homeboy in the tank top hardly even threw any punches.

Problem is when he did, I could see why he didn’t want to LOL!

Boyfriend would be a nice addition to UFC’s women’s bantamweight division.

Those were some hard punches!

Boyfriend looks like he trained and was looking for a fight. He looked like he had some skills but his power is weak as fuck.

Plus this video is old as fuck…

This video is so old it has grey hair.

I remember when this video was originally posted.

I think the take on it then was that the girlfriend guy was the asshole. Player guy thought he was talking to a girl, she invites him over, he goes…ends up being the boyfriend pretending to be her.

Unclear if the guy even knew the girl had a boyfriend? I don’t remember.

This video is older than the MCU

Best part is when one of the dudes watching says “Step back, superman punch bro.”

It’s a shame that the cameraman has Parkinson’s so bad.