Former UFC title challenger on Sam Alvey: 'How this guy can still have a job?'

Does Patrick Cote have a point?

Former UFC title challenger on Sam Alvey: 'How this guy can still have a job?'...

It seems that former UFC middleweight title challenger Patrick Cote is not a fan of the promotion booking Sam Alvey's return in February, despite being

Definitely. Being 0-6-1 in his last seven he is lucky to still be there based on history.
Remember the days of fighters like Antonio Mckee getting let go after 1 Split Decision that he may have won! Now a fighter can go 7 fights winless and still get put on cards lol? Either he has some dirt on dana or cards are so watered down now that there is plenty of room for 0-6-1 fighters.

I’m completely baffled as to why guys like Alvey and Gillante are still fighting in the ufc. I could understand if they were dynamic gatekeepers but they aren’t

Cote is hardly better than Alvey wonder why he feels the need to shit on him. Neither is particularly talented.

Now that I think of it they’re pretty similar. Good chin, one good punch and slow.

To elaborate I think it can actually hurt the fighter if they are getting artificially kept on the roster… Look at Brandon Moreno for example, he was cut after only 2 losses (let alone winless in 7 fights) and now he came back and is the Champion. He made changes, got better, proved it, and now has the top spot.

If they get cut it doesn’t mean that they are out forever. It just means they aren’t deserving of a top spot at the moment and they could do like Brandon and go to a regional or another organization like the LFA, work on their skills, win some fights maybe even a belt, and come back with more skills, more hype and a better future.

He was boring as fuck, thats why he was released

Yeah he was not the most exciting and was released based on style for sure but the fact is he was 0-1 and cut and Sam Alvey is 0-6-1 and still on an upcoming card. But his style isn’t THAT great that it makes up for that record but who are we to say… I’m just going off history and to get his treatment he would either have to be a Legend like BJ Penn or have such an amazing style that it makes up for it.

Alvey’s Stand and Bang style has been a little too much Stand and not enough Bang lately.

oh sure, Alvey is a different situation entirely, but regarding McKee, I remember he had abit of hype before he came into the UFC with his decent record (25–3–2), but his performance didn’t match, maybe made Dana mad lol

I have a soft spot for Alvey, but getting beaten nearly 7 times in a row isn’t the way to go

The UFC doesn’t care about quality fighters. It’s all just a bottom line to them and putting on fights for the cheapest they can.

Alvey being winless in his last 7 only helps the UFC cause he has no negotiating leverage.

Its all because of the smile. 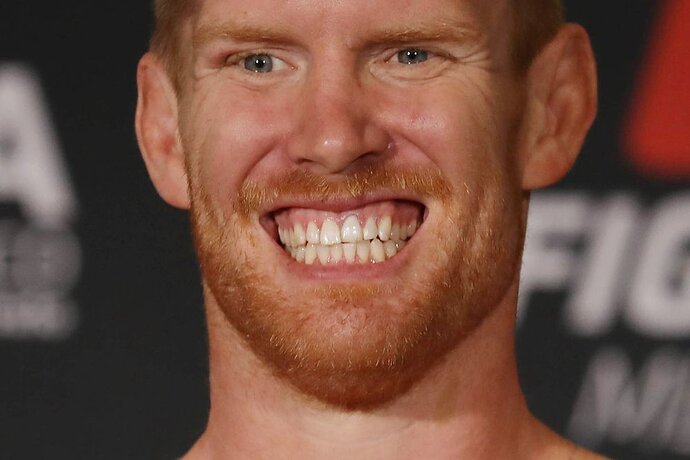 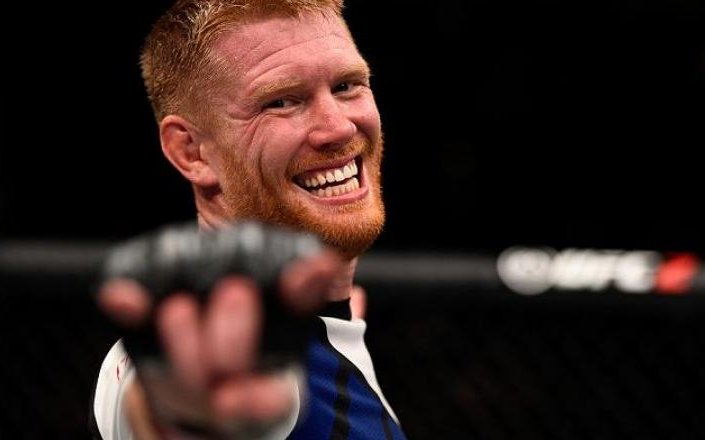 Of course he has a point. That he still has a job fighting for that organization is a joke.

He’s a fan of the sport and is wondering just like the rest of us. 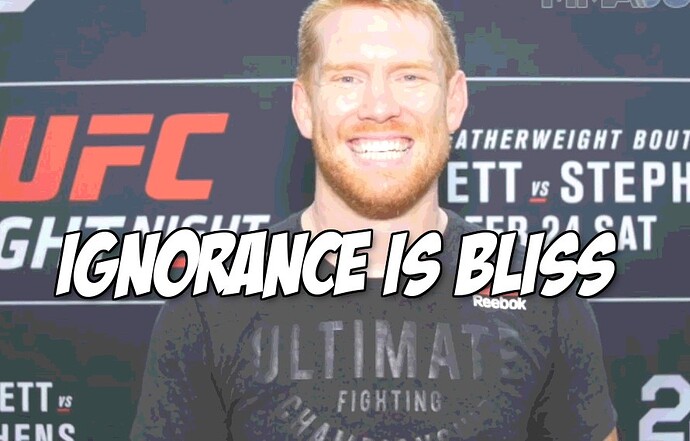 Props to UFC bantamweight Leslie Smith who is carrying the weight of 600 fighters on her shoulders, uphill, in the snow, with possibly one hand tied

Sam always comes to fight and UFC loves him taking any fights they offer him. Cote seems bitter. Alvey is one of those types of fighters that has only himself to blame, because he does the same shit every fight, never makes any adjustments in his next fights, none in camp, none mid-fight. It’s the same shit every time. Waddle around, and throw a counter left hook every couple of minutes. If he lands that hook, he can hurt people, but it’s so transparent and expected that he rarely ever does anymore.

He has a heavy left hook and a decent chin but he never engages, so he constantly leaves himself in the hands of the judges and it usually works against him because the optics of how he fights and his boring inactivity and lack of ever stringing any offense together makes him look especially bad.

Same shit (but worse) than what Masvidal used to do, until Masvidal started to realize that in order to get to the next level he was gonna have to start finishing guys.